No touchbar detected on Macbook Pro 15 2017 after replacing cable

Okay so I don't have an official Apple store in my country and my keyboard and batteries were giving me trouble. During the replacement process, as I was taking out my original keyboard, I slightly cut the JC02 AMS983 flex cable that connects the logic board to the Touchbar display. I was devastated.

But I got a replacement online (the one that says A1707) and ordered 3 of them just in case one was faulty. However, where I had still been getting the Touchbar options in settings with the broken cable connected, I now have no options related to the Touchbar on my Mac. The software seems to think that this is a Macbook without the touchbar. I even tried switching to another new cable but still no luck. What could be going wrong and how can I fix this? I have three replacement cables and they look identical to the original and even have the same part number.

Could there be some sort of system integrity protection at play, blocking the new part since it wasn't installed by Apple? I have already tried resetting SMC and NVRAM etc. and starting in Safe Boot mode and running First Aid on my disk. 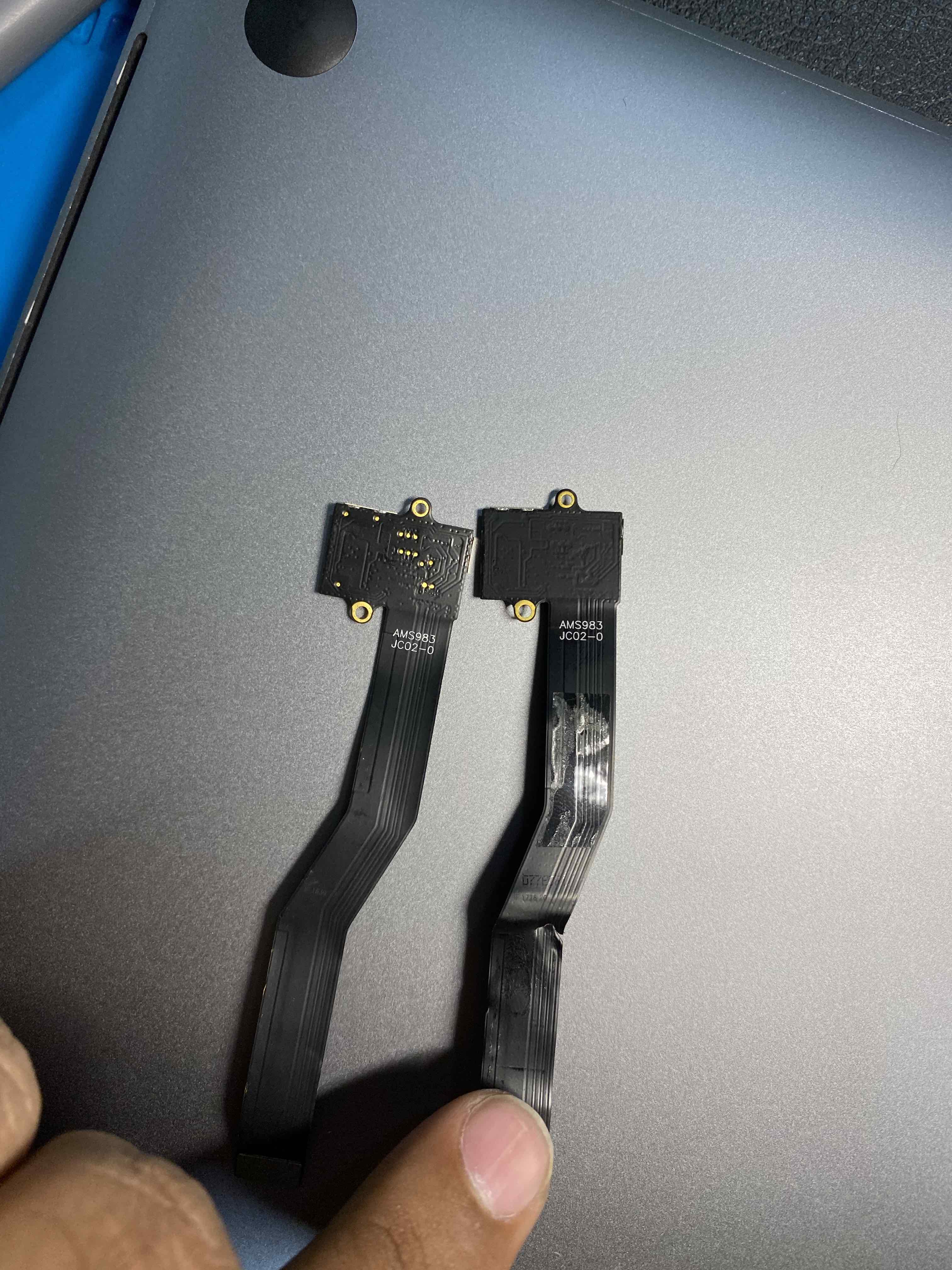 TLDR: Accidentally cut my Touchbar display cable, after replacement Mac OS seems to think this is a Mac that shipped without the touchbar. Help? Going to Apple is not possible in my country.

Edit: Just found this proof of Mac trying to communicate with the Touchbar display in the Console app. The touchbar was working flawlessly (well, as flawlessly as it worked out of the box) before I snipped the cable. Perhaps this could hint at something: