In macOS, what is the name for the app shortcut screen (with all the installed apps icons displayed, taking up the whole screen) found by pinching with thumb and three fingers together (or sliding-in 4 fingers together, alternatively) on Trackpad?

This gesture is pre-defined for Trackpad, and can be turned on/off under System Preferences → Trackpad → More Gestures 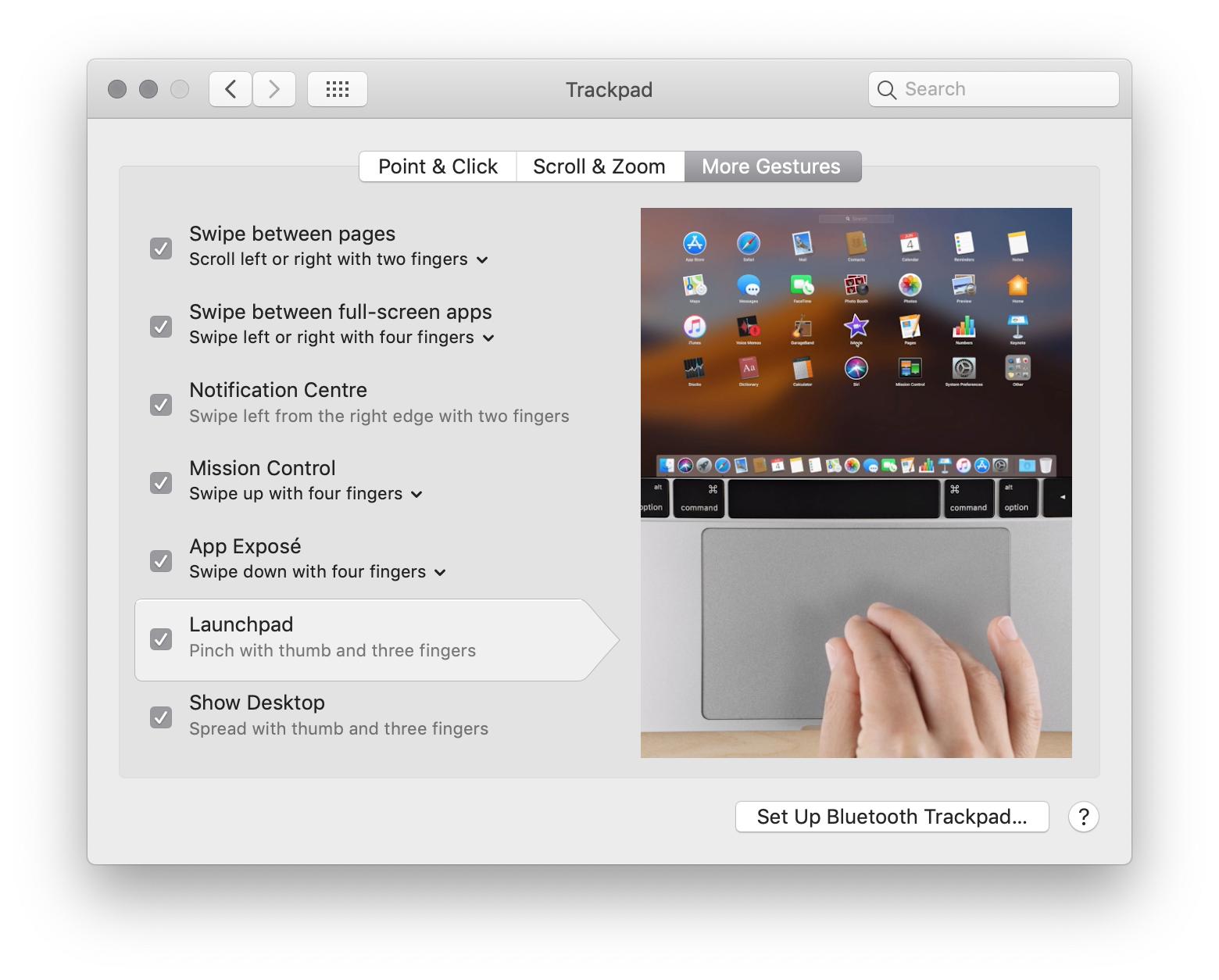 There are other easy ways to invoke Launchpad too, which can be helpful on Macs without a Trackpad: 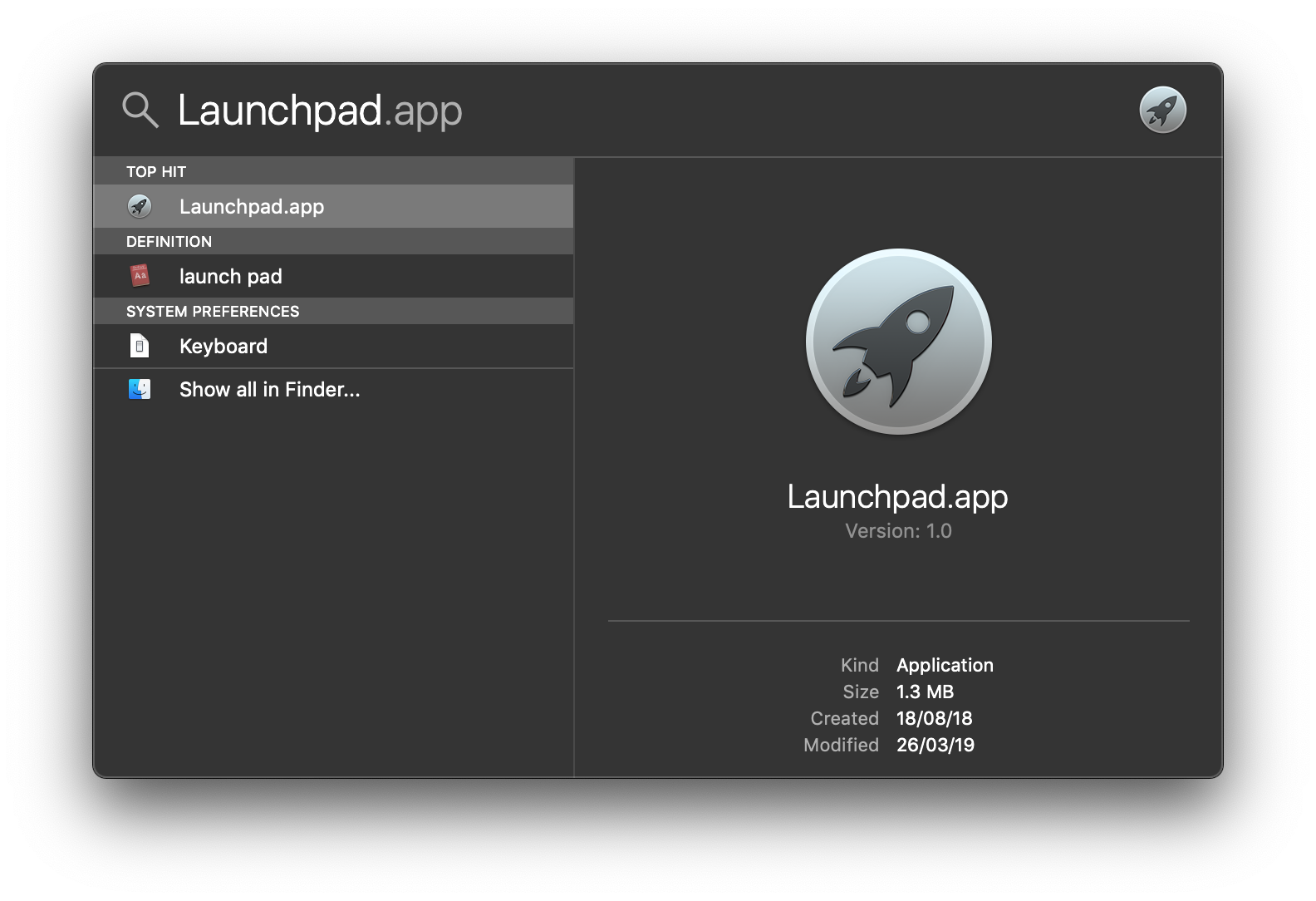 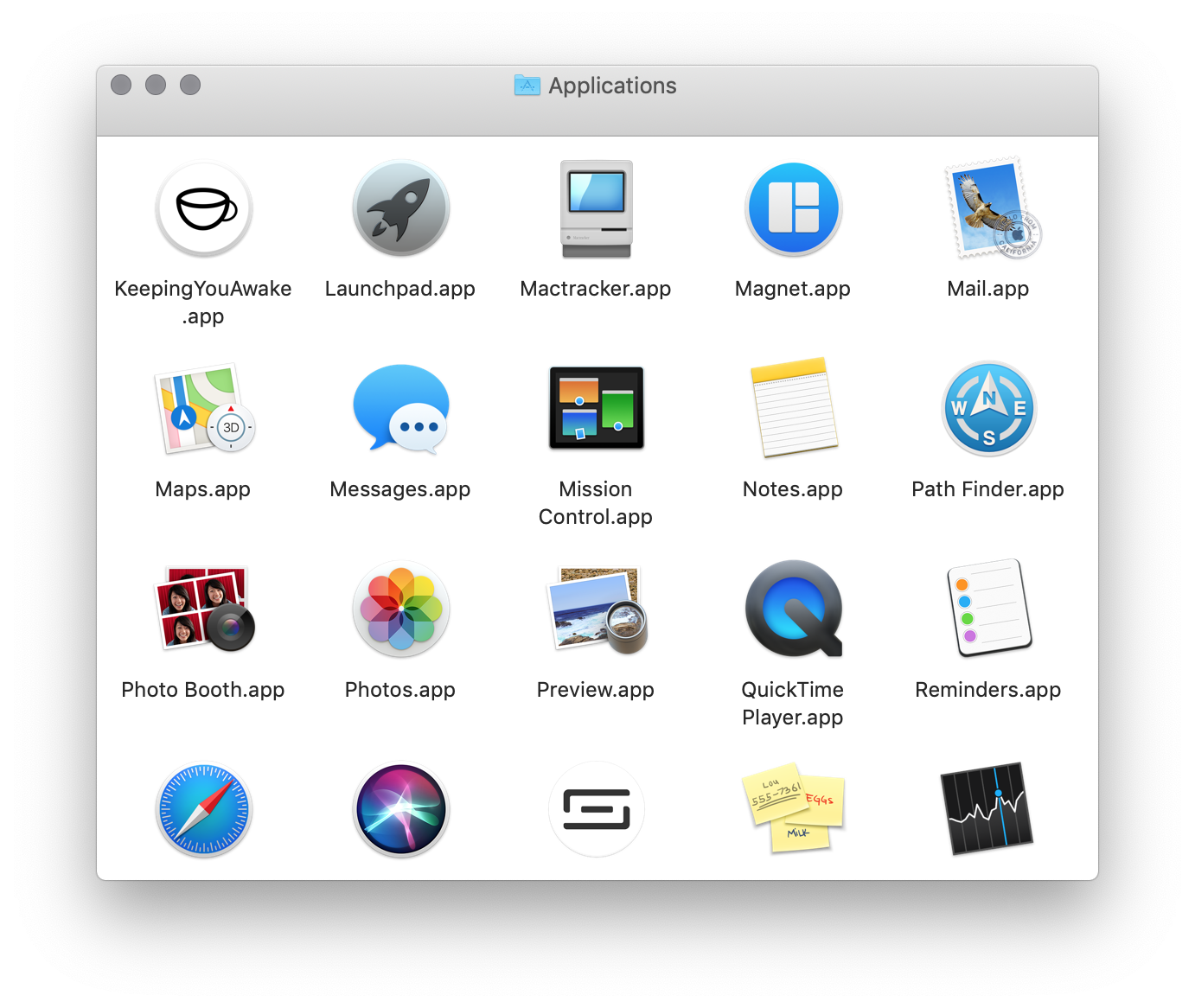 To learn more about Launchpad, go through the linked Apple Support articles:

I use this page to determine what each swipe does. What you're describing is called "Launchpad". 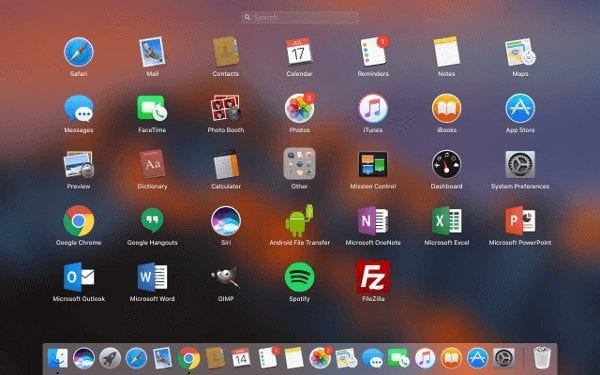 This is the swipe you're describing 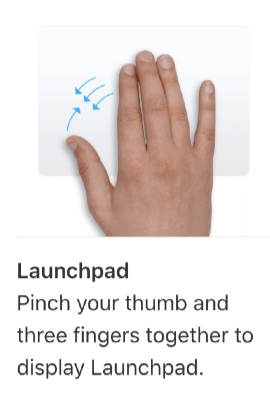 Not the answer you're looking for? Browse other questions tagged macos trackpad gesture .

3
How do I get three finger gestures working again in Twitter for Mac after installing Lion?
0
After my MacBook Pro sleeps some gestures don't work anymore
4
Is it possible to reassign the “Pinch with thumb and three fingers” gesture to activate Dashboard instead of Launchpad?
9
Disable animation for “Swipe between full-screen apps”?
3
OSX Yosemite Can't disable four-finger swipe
1
Drag with three fingers missing in OS X 10.11 Beta “El Capitan” (15A215h)
27
Set the hostname/computer name for macOS
0
macOS: Identify tool and keyboard shortcut
6
Quickly save Screenshot in MacOS Mojave with keyboard Shortcut
2
Swipe between Spaces/full-screen apps: Uniform gestures for Multi-Touch Trackpad and Magic Mouse