While working on a project in Xcode, when attempting to take a screenshot, I mistakenly invoked a random keyboard shortcut for some graphic/UI tool, instead of Command + Shift + 4 which I actually wanted to invoke.

It showed the following screen with three tabs (Screenshot, Screen recording and a 3rd item that I can't recall) on top. It also shows a smaller view where a square was shown split into four with some coordinates and colour code at the bottom: 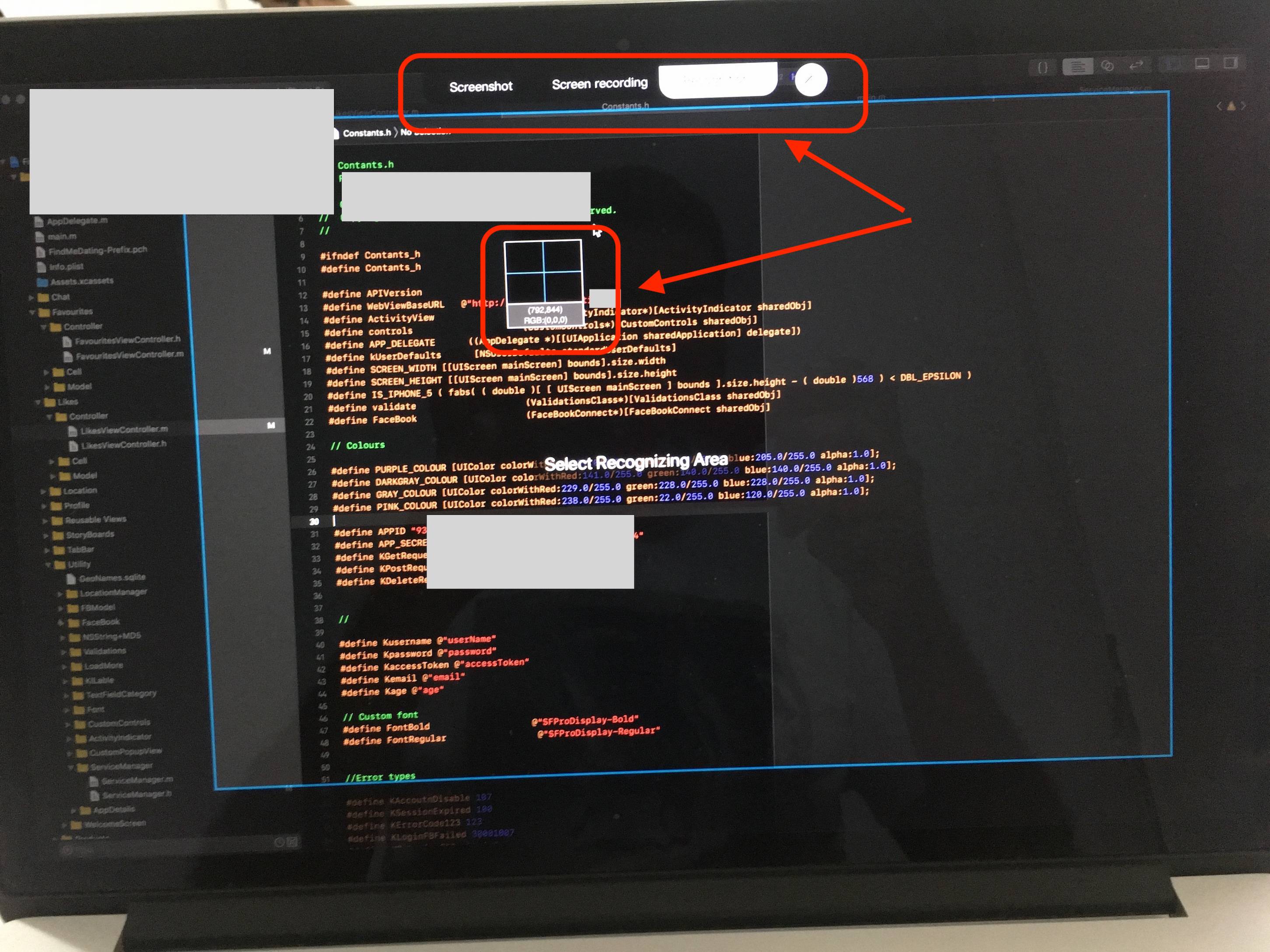 I have tried, but I couldn't reproduce the keyboard shortcut again. What is the tool and what is the exact shortcut? I am using a Late 2013 15" MacBook Pro with US International keyboard, running macOS Mojave 10.14.2.

Note: Kindly notice the two controls highlighted in the screenshot. The top is a tab like interface with three buttons (third one is selected with white background). If you'll notice carefully, the button background is a shade of dark grey which closely matches with Xcode dark interface. Just below that is some kind of UI tool with a box with 4 squares, coordinates and RGB colour codes.

It's the new feature in Mojave. You can show Screenshot/Screen Capture menu with ⌘ cmd+⇧ shift+5.

Shift + Command + 4 captures a selected portion of the screen.

It seems like you got confused with the keys you pressed and that is why you couldn't replicate it.

From this Support article:

Press the Space bar. The pointer changes to a camera . Click a window to capture that window.

To exclude the window's shadow from the screenshot, press and hold the Option (⌥) key while you click.

Find the screenshot as a .png file on your desktop.

Not the answer you're looking for? Browse other questions tagged macos shortcut .