iPhone 6s Plus does not offer iOS updates

I bought three used iPhone 6s Plusses for family members. With two of them I had no trouble updating to a recent iOS 14. I actually don't remember if they came with iOS 14 on them or I updated them or what, it was a few months ago. In any case, today I realized the third phone had a version of iOS 12 on it. When I went to Settings > General > Software Update it offered me to update to 12.5.4. I was curious why it wasn't offering a more recent update, but I went ahead and updated to 12.5.4 hoping that once that was installed it would offer me to go to 13, 14, or whatever. But after 12.5.4 was installed it says it's on the latest version and doesn't offer me another update. Here are the things I've done to try to get it to offer a recent iOS: 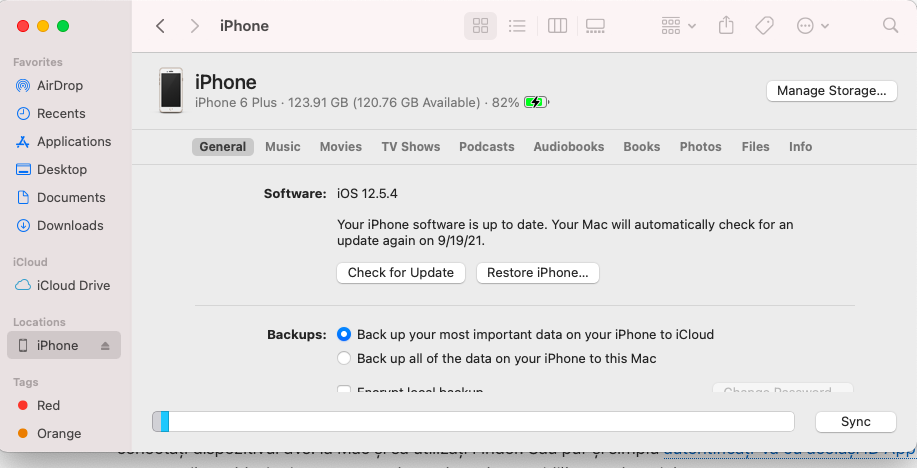 Your own screen shot shows it as a 6 Plus.

Not the answer you're looking for? Browse other questions tagged iphone ios itunes finder software-update .

4
Will a restore to default factory settings remove the firmware updates from my Iphone?
1
Unable to join Wi-Fi network without carrier service
0
iphone thinks it's up to date when it's not
8
iPhone 7 Plus stuck in recovery mode and can't restore/update even in DFU after downgrading from iOS 11
3
Un-jailbreak iPhone without updating iOS?
8
Does iOS download iOS updates when using a hotspot?
5
Stop iOS auto-downloading updates