I've moved to a new machine and installing MySQL is turning out to be quite an issue (the last time I installed it on a mac it was quite seamless).

I used two approaches to install MySQL: brew and the offical installer

I started with brew install mysql. This installed the latest version of MySQL. It initially worked and I could log into the root user without a password. When I tried to set the password for the root account I ended up being locked out of the root account. I proceeded to uninstall that version of MySQL and tried a different version (5.7). When I installed that I got the following error: ERROR 2061 (HY000): Authentication plugin 'sha256_password' reported error: Authentication requires SSL encryption. I ended up uninstalling that version of MySQL as well.

Tried the latest version was asked for a password but could not login to the root user with the password. Received this error: ERROR 2002 (HY000): Can't connect to local MySQL server through socket '/tmp/mysql.sock'. Additionally I could not run mysql.server start, received the following error: command not found: mysql.server. I did not add anything to my PATH, should I have done that?

Additionally, this is how the MySQL widget in the System Information looks like. I tried pressing Start MySQL Server a bunch of times, it would start and almost immediately stop.

Can anyone suggest a clean way in which I can remove all these defunct installations and have a clean MySQL install? 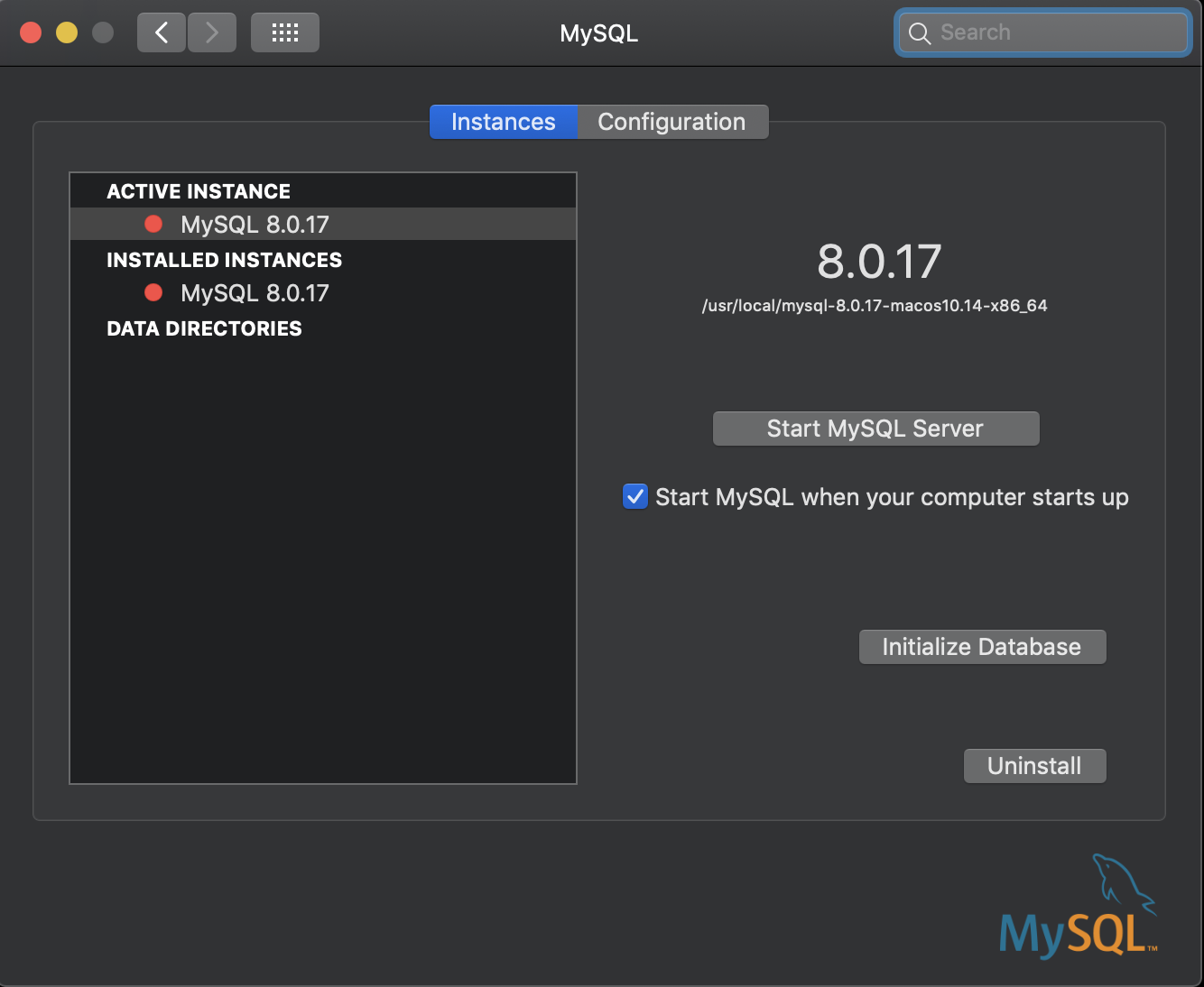 Not the answer you're looking for? Browse other questions tagged mojave homebrew mysql .