How do I do this in Keyboard Maestro?

I thought selecting a Control Flow => Switch/Case macro would help me do this, but when I try to drag it to use it in an action clause it says "Switch of System Clipboard", and I can't find a way of converting this Switch/Case block into a switch statement based on the application at the front.

I'd suggest posting this on the Keyboard Maestro Forum in the future – they're very responsive there:

Second, you could just nest the 'if' statements (below). Thus, you ask the first 'if' statement and then if that isn't true, you go to the 'else' statement, which contains the second 'if' condition. 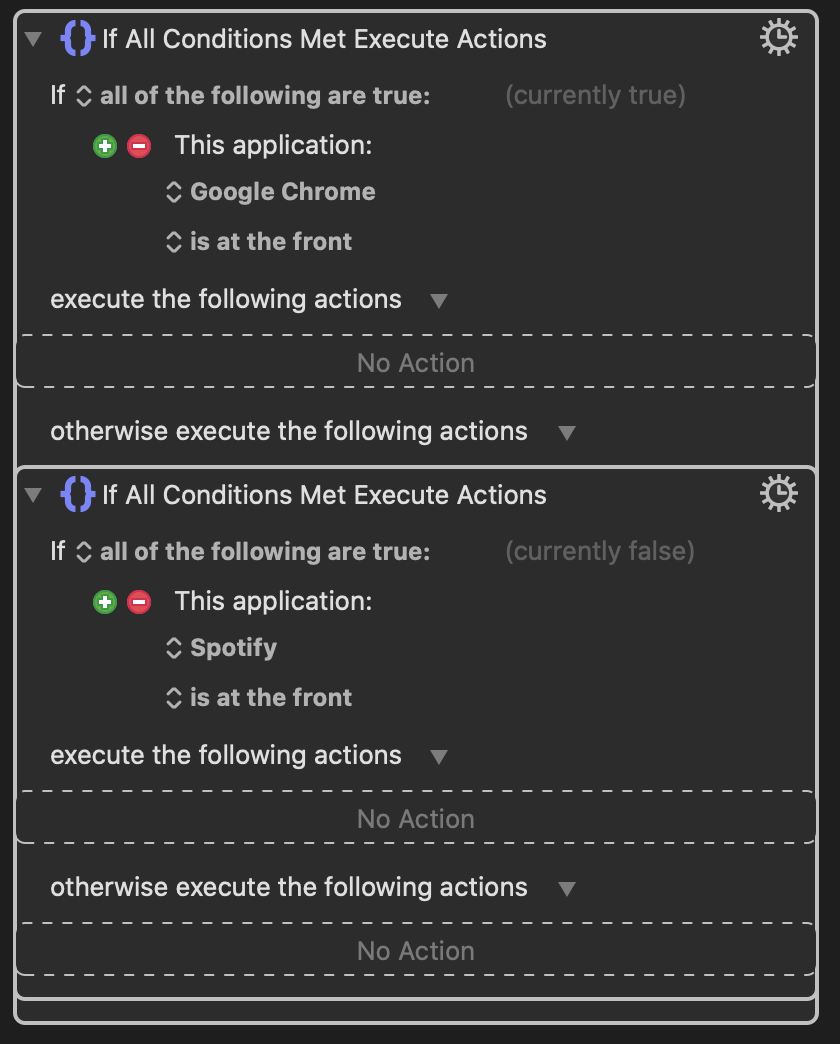 Not the answer you're looking for? Browse other questions tagged keyboard shortcut macos .