Looking for a good FPS on Mac OS X Lion

I'm looking for a good FPS (read like COD4) on Mac OS X Lion. I'm particular about this point as some of the old games don't install or even don't run at all even when copied from a previous install due to the missing rosetta layer in Lion.

I already own all the steam play FPSs on steam, Modern Combat domination, Uberstrike and Red Crucible 2.

Are there other gems you could recommend. I know they are not all on the App Store and on Steam. And actually good mods for HL2, or Quake 3 would be welcome.

I don't feel like paying for COD4 a 4th time I already bought it twice due to a lost installation key and once more on steam when I till had a windows computer. Mainly as the current price is 6 times superior to what I paid on steam. 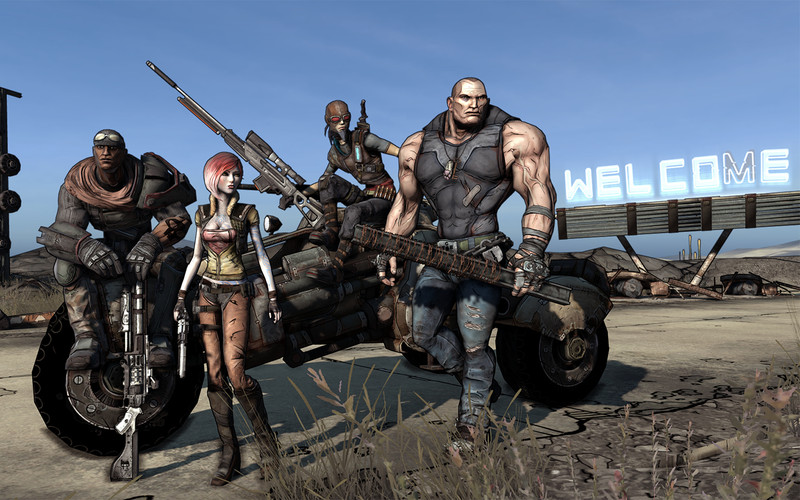 It's an FPS with RPG roots, very stylish cell-shaded graphics. It's available in the Mac App Store, so no compatability issues if you run an OS recent enough to even hit the App Store...

Please check the system requirements below before you buy.

Check out the Borderlands mini-site! feralinteractive.com/borderlands

Gearbox Software’s acclaimed sci-fi hit comes to the Mac, complete with all four Add-On packs. Borderlands Game of the Year Edition is a unique hybrid of first person shooter and role-playing game with a super sharp visual style and a compelling four player co-op mode.

Planet Pandora is a sparsely populated wasteland where the rule of law gets rewritten daily in the smoke of the last gun battle. Civilization consists of small outposts on the fringe of human influence, in an area called the Borderlands. Pandora’s one claim to fame is a mythical Vault supposedly packed with fantastic riches.

Fortune hunters, corrupt corporate mercenaries and lowlife hoodlums roam the landscape, searching under every grain of sand for the treasure. Since most intelligent life on Pandora has the occupation of Vault Hunter, society has gone to hell – making the outposts and outback areas more than just a little dangerous.

• Co-op Frenzy – drop in and out with up to 4 player co-operative for a maniacal multiplayer experience.

A game that I've loved for a long time, with a pretty good online community is uRt.

ioUrbanTerror is a FPS built on the quake engine utilizing speed across successive jumps, squat-sliding at speed, and modern swat vs terrorist weapons and maps that could be compared to Counter Strike source.

A very good way to get the windows games on a mac is a programm called 'wine'. You can basicly install every Windows based game on your mac and play it. Steam and co. can also be installed on your mac, so you can still enjoy your old games and don't have to solely rely on games which were specificly programmed for a mac.

Open Arena is ridiculous fun. its old but a lot of people play it. but they are all VERY good, so if your not used to arena shooters you will be demolished. i have it on my old powerpc mac mini from 2005 because it is the only game that works lol.

The Marathon Trilogy has been ported to OS X. (The graphics are horrible, because they are so old, but the games are classic, and they are free...)

Also, a note about Wine. If you want to install it, use the Homebrew package manager, which will make the procedure less painful.