How do I set the terminal tab title via command line?

I want to set the terminal tab name from the command line. I am using this command to update the name echo -en "\033]0; New Name \007". Here is what my terminal now looks like.

When I use the Inspector through GUI, I have the ability to set the terminal name and the tab name. When I set it via the GUI, here is what I see.

As you can see there isn't any dashes - or text on the tab. How do I do this from the command line?

This behavior is a little complex and not well explained I guess.

First, you can set two types of title. Terminal.app calls these the tab title (aka the icon name/title) and the window title (as you can see in the inspector).

The XTERM escape sequences for setting these are:

The reason you see different behavior is because your command is setting the window title, but in the inspector you're setting the tab title.

The dashes in the title are just separators that Terminal.app is using whenever it's combining multiple pieces of information in your title. (Pieces here include the profile "tab" and "window" Title options, as well as the window and tab titles themselves)

If you set both a window title and a tab title, it'll use them both. With multiple tabs, it'll separate them: 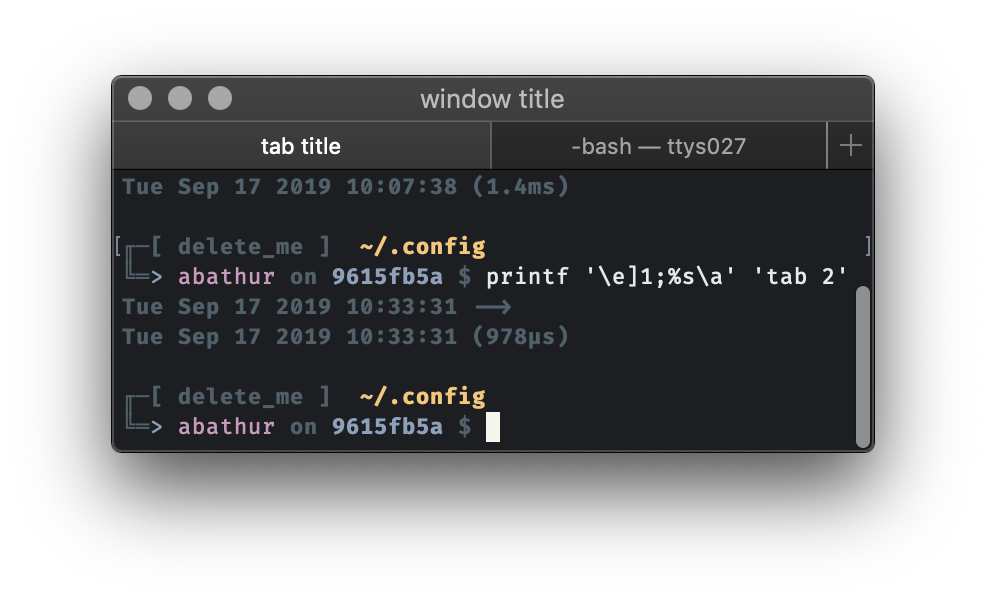 If the tab is in it's own window, though, it'll combine them and show the separator (unless you use the view menu to force it to show the tab bar even with a single tab): 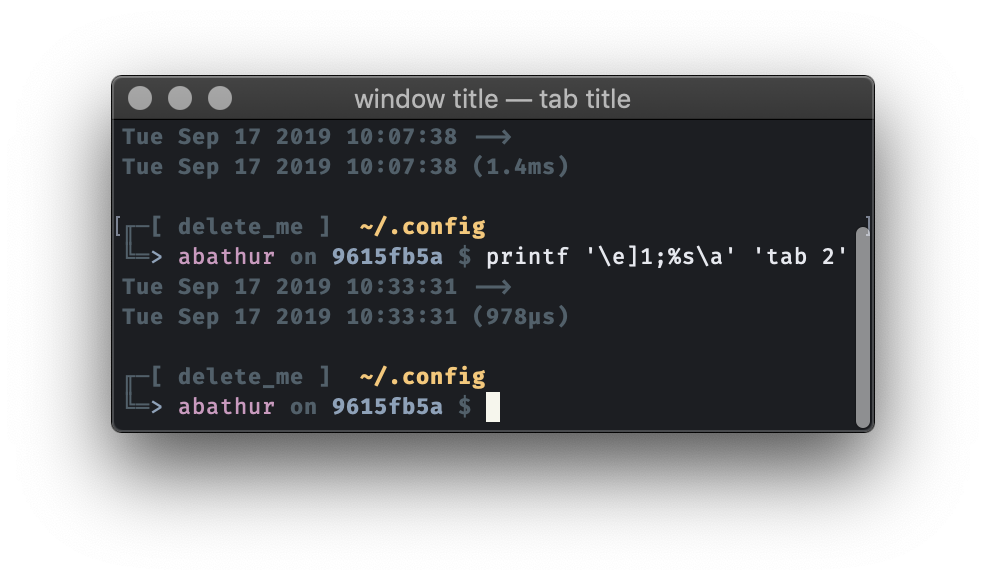 You can still get it to show a single title, but you'll have to use only the window or the tab title (the window title will pick up the tab title if no windows title is set): 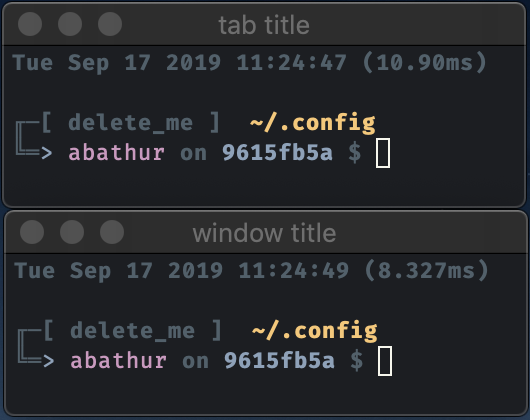 The inverse (tabs can pick up a window title if no tab title is set) is also roughly true, but the behavior can be a little surprising. Here are the same tabs in two windows along with the settings panel (to show that it's set to show the TTY name, but not to show items when there's a custom title): 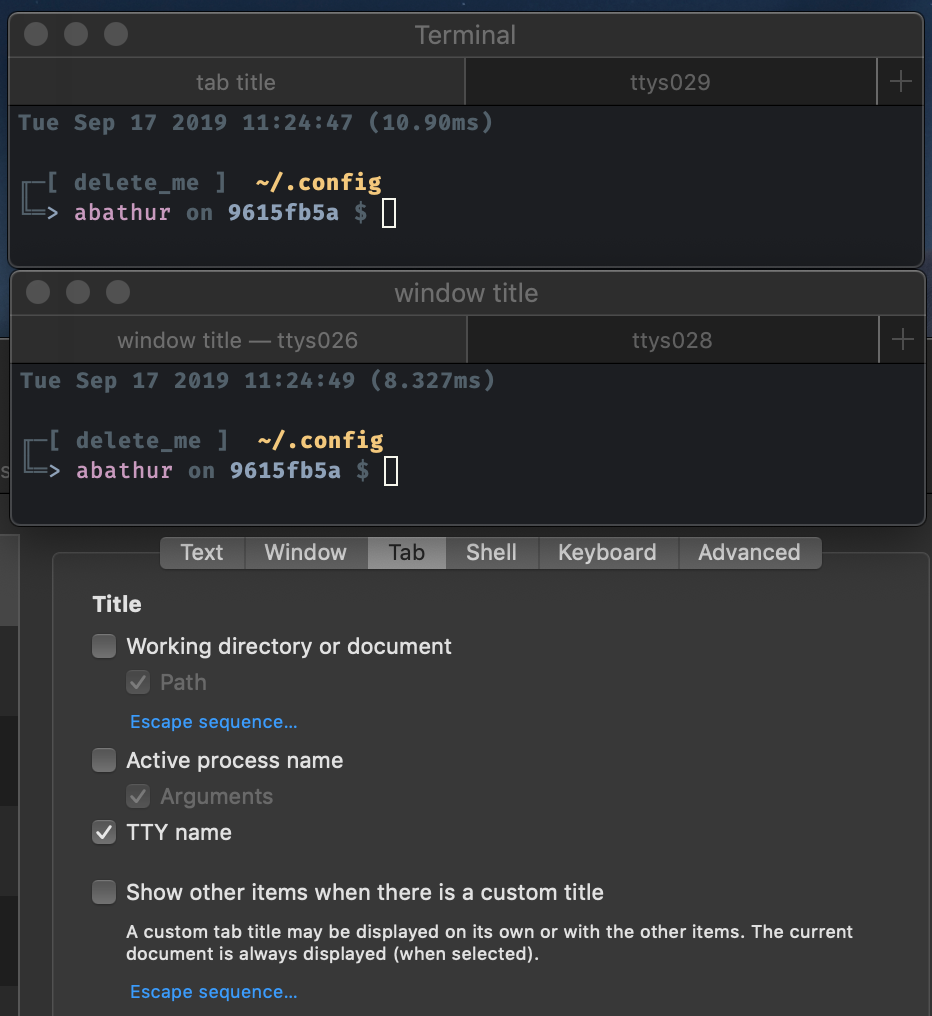