iTunes is an application available for macOS and Windows. It is used to manage & play media and sync data to iOS devices. 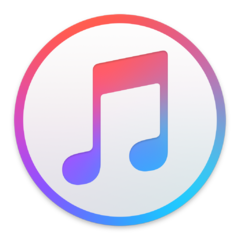 iTunes is a proprietary digital media player application, used for playing and organizing digital music and video files. The application is also an interface to manage the contents on Apple's iOS devices (iPhone, iPad, iPod touch). Please specify when you are using iTunes on a Windows computer, otherwise Mac will be assumed.

iTunes can connect to the iTunes Store to purchase and download music, music videos, television shows, audiobooks, podcasts, movies and movie rentals (not available in all countries), and ringtones (only available on iPhone and iPod Touch 4th Generation). Till version 12.6.3, it also featured iOS App Store which could be used to purchase and download apps for iOS devices.

iTunes runs on both Mac and Windows computers. Both are explicitly on-topic here, but if you are asking a question about Windows, please make sure you mark it as such or else you may get a Mac-specific answer.

In June 2010, Apple released a new privacy policy pertaining to the capture and collection of users' real-time location information. The information had been included in various device-specific EULAs since 2008, but was only recently included in Apple's general privacy policy.

In June 2019, Apple announced that from macOS Catalina (10.15) iTunes is no more part of the basics apps on macOS. iTunes was replaced by three separate apps, namely Music, Podcasts, and TV, and Finder took over the device management capabilities.

Can one use an Apple TV if they do not have another device on which to create an "iTunes Store Account"?

Can one use an Apple TV if they do not have another device on which to create an "iTunes Store Account"?