Why does Dia interface look blurry on my Mac?

I have installed the latest Dia and XQuartz (X11) on my Mac OS X 10.8.3 retina display. As seen in the screenshot below, why do the items and anything I draw look blurry and pixelly? What can I do about it? Thanks! 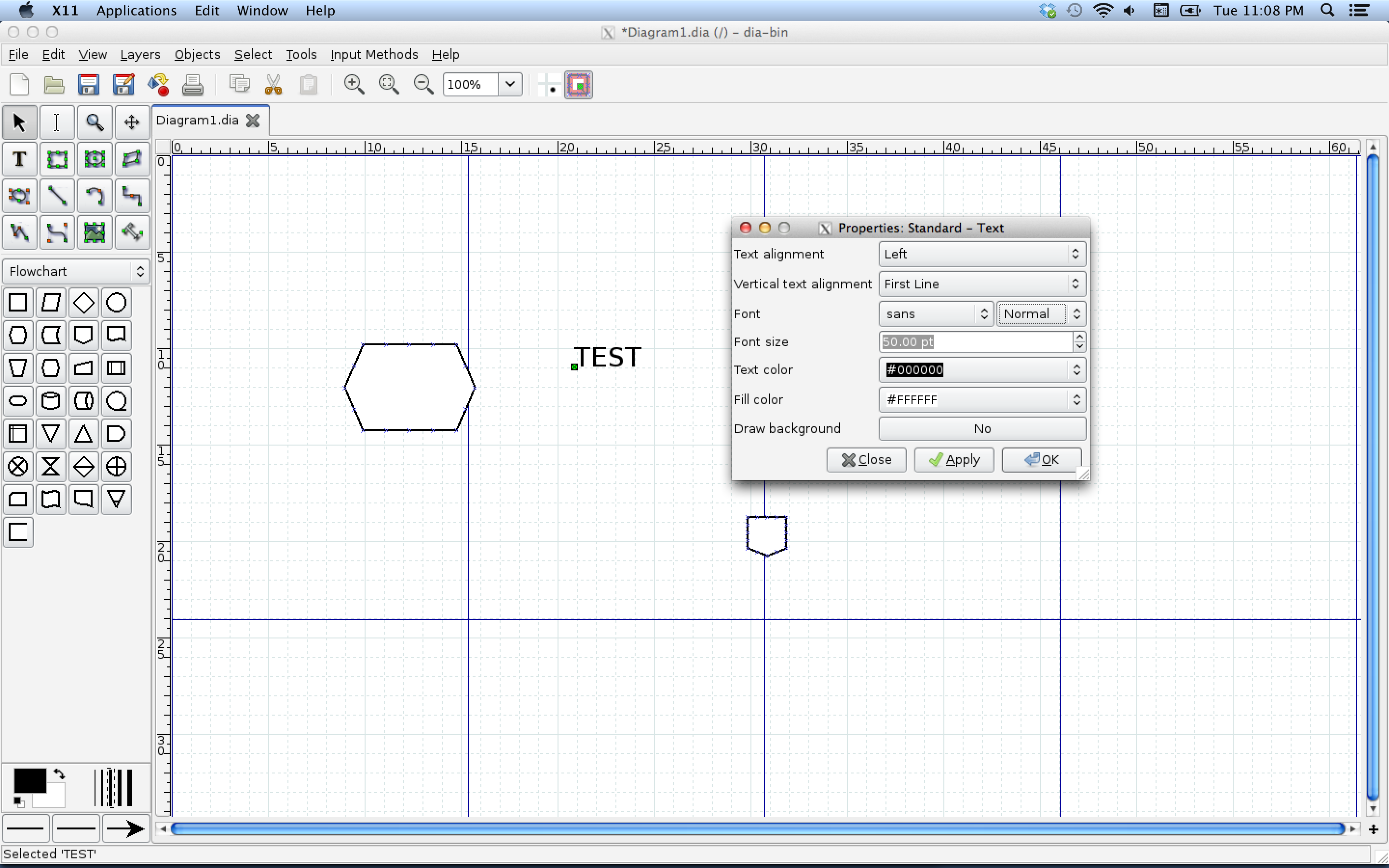 The issue stems from the way X11 handles pixels. There are some third party workarounds, but it would seem that one needs to wait until XQuartz is updated to deal with Retina scaling.

I have installed QuickResFree from the Mac App Store, which lets you have finer control over the resolution than the Mac display defaults. This makes it so I can use my X11 apps and decrease the apparent blurriness, but switch back to something more reasonable for Retina-compatible apps.

I will note that this solution is not optimal, and the problem still lies in the fact that many apps are not yet programmed to be able to deal with the pixel scaling and Retina.

It's probably because the app does not support the retina display.

Twitter had this issue for a year, and it actually looked worse than simply "non-retina" graphics, as it was blurry and hard to read. The fix for that app was to right click on the application in finder and check "Open in Low Resolution". 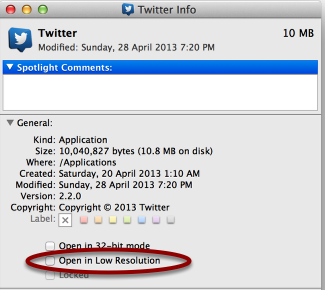 Rather than trying to upscale, I believe that approach simply doubles the pixels (i.e. 1 pixel in the app is displayed as 4 retina pixels).

For Twitter (until they added retina support) at least, this fix made the app usable and not "hurts your eyes" blurry. It may not help your exact situation but it provides an alternative for the retina upscaling.

An alternative if it isn't working, is Lucidchart. It supports retina display, and is compatible with all operating systems since it's online. I can't tell you exactly why Dia isn't clear, but I can recommend this way around it. Lucidchart

6
Why does the iPad use nearest-neighbour scaling rather than Retina scaling for iPhone apps
3
Games no longer appear to be using Retina graphics
48
Can't plot with gnuplot on my Mac
12
Retina display support for XQuartz X11 applications
1
Does half-resolution on Retina displays really look the same as native?
18
When woken up from sleep, some Chrome windows are blurry
0
How can I force focus or fix a blurry and 'washed out' Apple Thunderbolt Display camera?
2
HD monitor looks blurry with Retina?
1
Windowing system on El Capitan, and XQuartz