I am trying to get an external microphone (this Sennheiser ME3) into the TRRS jack of my 2012 MacBook Air, through a headset splitter such as here.

The first check I do is on the headphones: I go to System preferences -> Audio -> Output, and notice that inserting the splitter registers as "Headphones/Headphone port" whereas removing it registers as "Internal speakers/built-in". So, that is behaving correctly.

I also note that actually plugging and unplugging headphones into the other end of the splitter doesn't register.

However, audio input does not behave correctly. System preferences -> Audio -> Input does not change when I plug and unplug the splitter (which has the Sennheiser ME3 attached). It states "Internal microphone/Built-in" regardless.

I've also done a simple experiment to confirm that the MacBook is indeed receiving audio from the built-in microphone. I.e. it is completely ignoring the fact that the Sennheiser is attached. I did this by launching QuickTime and creating audio recording, then putting on the Sennheiser and counting "123" with my face next to the screen then "456" with my head as far from the screen as the cable permits. The first recording comes out much louder, so it is indeed using the internal microphone.

How can I get to take input from the Sennheiser?

Recommendations for headset (+ mic ) for macbook in 2012

PS If all else fails I will try another splitter.

That TRRS socket actually has of odd configuration of 4 pins so that you can use the genuine Apple headphone/microphone all-in-one 4-pin combo that comes with iPods & iPhones etc. Generally they look like this:

Here is your microphone, right? The Sennheiser ME3. Notice there is a locking ring on that plug? Also, notice how there are two little black lines on the end there? That is the insulation separating the 3 conductive contacts aka 3 pins This is a TRS plug: ( - )( + )(⏚).

It comes with the following caveats:

1. The plug on your microphone has a rotating "locking ring", you have probably found that the microphone isn't working, or works only sporadically depending on the connection. The issue is that locking ring prevents the non-standard plug from fully engaging when plugging into your sound card.
2. Please note that all versions of the Sennheiser ME3 are wired differently than usual headset microphones and are not electrically compatible with many computer sound cards.

First of all, you're probably going to need something like this: 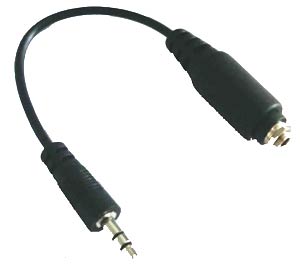 3. Additional Note: This adapter does not change the unusual wiring scheme used by Sennheiser in the manufacture of the ME3. The ME3 is not compatible with all sound cards. If you are having trouble, we recommend you interface your ME3 with an external USB sound adapter, such as the Andrea Pure Audio (MA) adapter, Buddy 7G or the SpeechWare MultiAdapter.

I don't know what's up with the strange wiring scheme. Maybe it's a stereo microphone, maybe it has something to do with their noise cancellation feature, maybe they use some weird shielding in their cable, maybe they're using balanced cables, maybe they just decided to use an odd wiring scheme and call it a proprietary connector, preventing people from using aftermarket accessories, maybe it was an accident. I can only speculate without digging deeper or seeing a schematic or something. If it were me, I would probably cut the plug off and wire it in a traditional manner. Apparently though, these are compatible with the Sennheiser ME3. They are known as The Andrea Pure Audio USB-SA Adapter & The Andrea Pure Audio USB-MA Adapter, respectively. 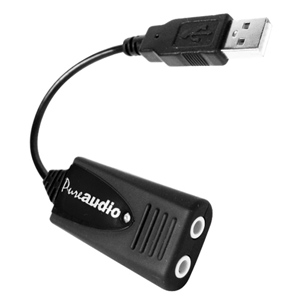 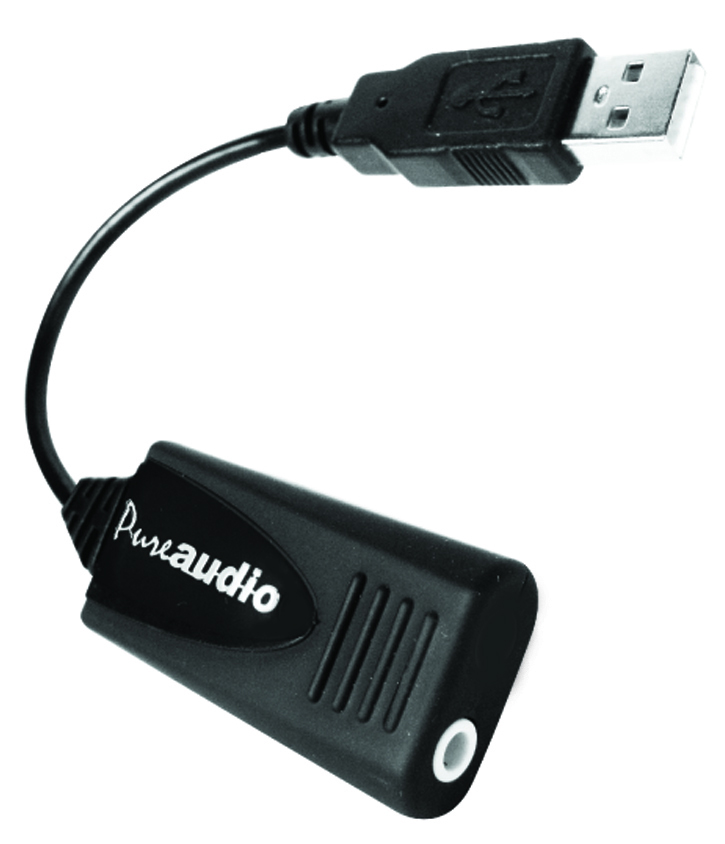 If by some miracle you have an ordinary connector, or you find a suitable line-level adapter to make things "normal", you're probably still going to want one of these;
1/8" TRRS male to 1/8" TS female input & 1/8" TRS female adapters: 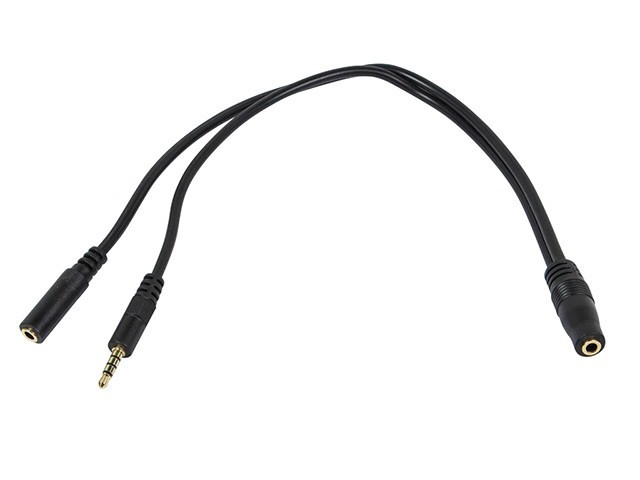 Yes, it looks and sounds weird. The 4-conductor TRRS plug on this cable uses the CTIA standard configuration, which puts the microphone signal on the sleeve (versus being on the second ring in the OMTP standard). The CTIA standard has always been used by Apple and HTC, while older Samsung, Nokia & Sony Ericsson devices (for instance) initially used the OMTP standard.

I asked tech support at emicrophones.com and got the following super-helpful answer:

Unfortunately, the MBA is looking for a line-in voltage, not a mic-in voltage. There is no good way to directly connect a microphone to the audio port on the MBA, you must go through a USB adapter. In theory, you could use a pre-amp, but I haven’t seen one that has the right connections and is portable and/or cost-effective. Something like this might work, but I haven’t found a local source for them to test. You would also lose the benefit of ADC algorithms specifically designed for speech recognition if you use an internal sound card.

EDIT: I have just discovered that plugging in a stock 3-band-plug Apple headset (such as http://store.apple.com/uk/product/MD827ZM/A/apple-earpods-with-remote-and-mic?fnode=49) does indeed get recognised as an external microphone.

This headset is obviously unpowered. Therefore somehow the MacBook's TRRS must have some way of determining what is plugged into it, and switching between powered / unpowered operation.

And my Sennheiser ME3 is failing to trigger this switch.

I following instructions from https://discussions.apple.com/message/22615803#22615803 I was able to connect an external microphone to my MB Air 2013 by pressing volume down button on my dr Dre headset. Unfortunately buttons on the headset doesn't work anymore.

According to the page that you referenced for the mic, it states that:

This explains the issue that you are experiencing.

Further, they go on to say:

This microphone is completely functional, however, when used in conjunction with an Andrea USB sound adapter, the Buddy 6G or 7G USB adapter, and the Andrea Pure Audio USB Adapter. We recommend purchasing our "ME3 combo" (pictured above) for predictably great results.

I suggest getting the Andrea Pure Audio USB Adapter

Is there a reason you need this splitter for a microphone? I didn't get that from your description of the problem.

I noticed in one of the comments you said you didn't want to use up one of the USB ports. Have a look at these USB Hubs by Anker. I personally use these and I can attest to their customer service - their return and support policy is beyond fantastic.

Unless you have the Sennheiser ME3 Combo ( with USB adapter), that is different story.

That plug has microphone and headset in it.

Sticking that in a splitter to Mac wont do anything since you have nothing to plug in to the other hole!

So you have to first split the Sennheiser cable/plug in to two cables, Microphone and headset separate using a female to 2x male splitter for that.

Then use the the two ends and plug them in to the Mac splitter, one for microphone and one for headset.

Not the answer you're looking for? Browse other questions tagged macbook-pro microphone .