may I demand product replacement? Macbook Pro Retina will have screen replacement for the 3rd time 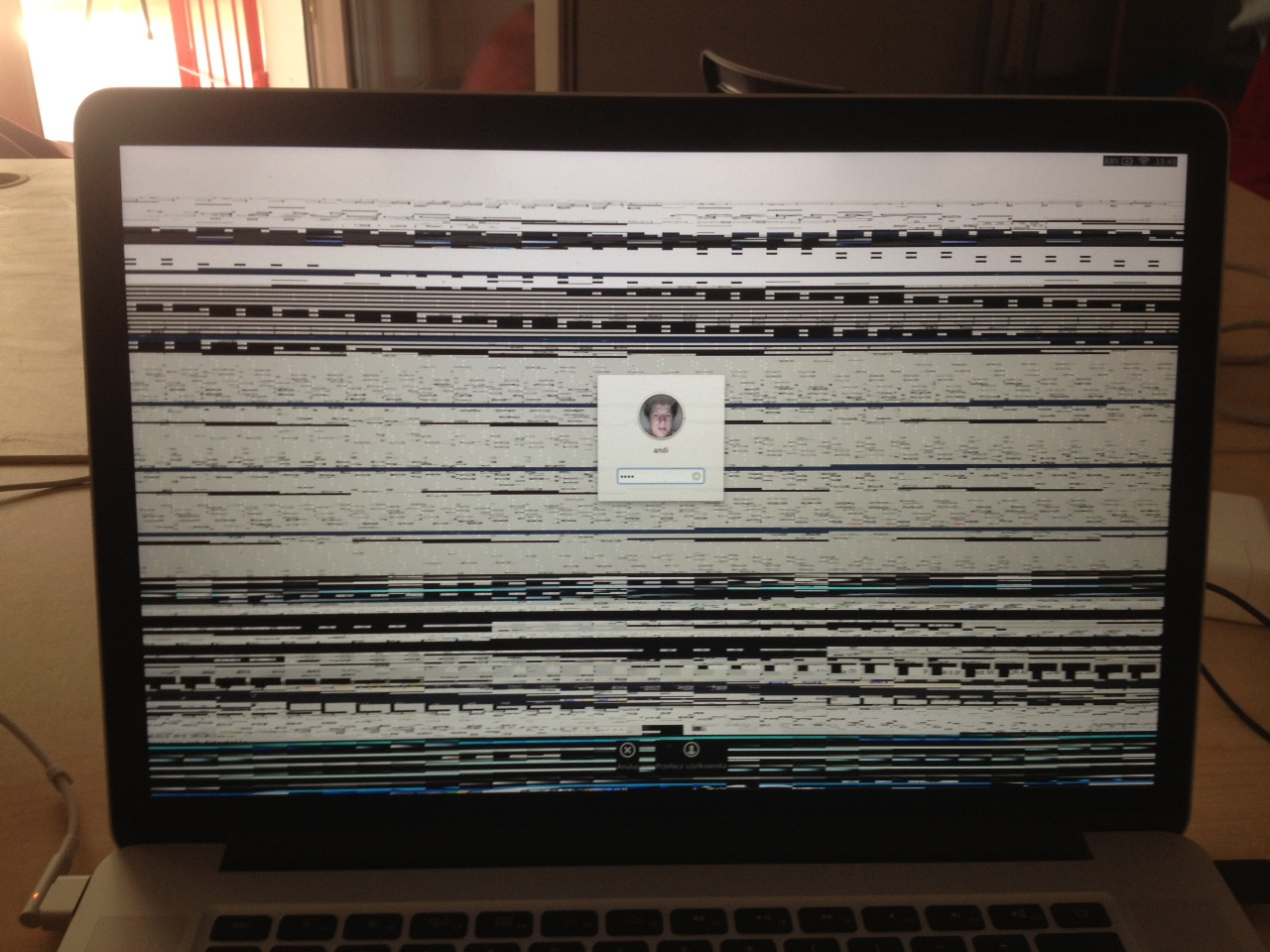 Do you know some of the Apple's polices in this area?

May I even demand the warranty coverage prolongation? One such replacement is about one week without computer...

Additionaly to bad pixels something like presented on the picture started happening...

http://youtu.be/KdhIA8-UIRQ The video shows that only the LG-Panels are affected. Unfortunately it seems that the chance of getting a Samsung panel is only about 1/3.

You want to know what kind of Panel/Display your Retina Macbook has? Simply start your Mac OS X Terminal and type in the following command:

An affected MacBook Pro may display one or more of the following symptoms:

Distorted or scrambled video on the computer screen

Typically Apple will replace (instead of repair) a computer that has required 3 repairs for the same issue.

It may require a call to Apple Care (800-273-2273) and ask to have the case escalated. If you have taken it to the store already, and the store has refused to replace, then Apple Care will probably back the store's decision. If however you call Apple Care first, and when they say to take it to the Apple Store for repair, you question the need for 3 repairs on the same computer for the same reason, ask to have it escalated, you will probably get offered a replacement.

If that gets you nowhere, You may also try a EECB (Executive Email Carpet Bomb) to various service level contacts. sjobs@apple used to get results, may try tcook@apple.com now? Or do google/consumerist search for EECB and Apple. http://consumerist.com/2007/05/11/how-to-launch-an-executive-email-carpet-bomb/