I used Disk Utility to check permissions and the disk. Both checks found a few errors, all of which were repaired. This did not help; after I rebooted, it hung at the same screen.

Several resets of the PRAM did not help.

A safe boot succeeded, the desktop appeared. I re-checked permissions and the disk; no errors.

Then a normal boot succeeded – this surprised me.

Can anyone guess what was wrong and what was fixed?

Since it's not my Mac, and I don't know how it's really used, I can't guess.

I see Apple article HT1564, Mac OS X: What is Safe Boot, Safe Mode?, I'd like to understand more.

macos boot disk-utility safe-mode
share|improve this question
edited May 25 '13 at 15:55

I assume that at least one of the updates required a restart.

As Disk Utility found problems with the file system, it's possible that:

No mention of force from you or your friend, so let's assume that:

A Safe Boot deletes the dynamic loader shared cache at (/var/db/dyld/). A cache with issues may cause a blue screen on startup, particularly after a Software Update. Restarting normally recreates this cache.

Not only blue screens.

Alternative symptoms might include hangs of the type seen by you and your friend – the asynchronous progress indicator with the Apple logo.

Also, I do not find that a normal restart recreates that cache. To see whether the cache was recreated, at your friend's Mac in Terminal you might run the following command – be prepared for your friend to enter her administrative password at an on-screen prompt:

If the output indicates that a file does not exist, then there may be:

If the command completes with no visible output, there's no problem (the file exists and is verified).

Starting up in safe mode also verifies (or repairs) the main OS X volume (like Macintosh HD, which is different from verifying a drive).

Starting up in safe mode and restarting is the first troubleshooting step suggested in http://support.apple.com/kb/ts1417.

The verbose startup output when starting up in safe mode corresponds to the messages shown when verifying a volume in Disk Utility: 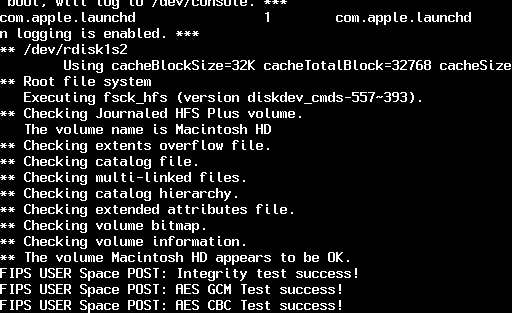 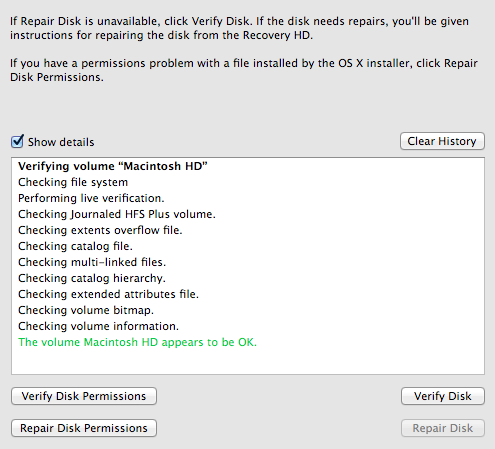 Please read this succinct, clear Apple Support document. Asking other Mac enthusiasts, no matter how expert they may be, for this kind of basic technical information makes perhaps less sense than checking out what Apple says, don't you think?

I found this page by googling Apple Safe Boot. Any search engine would do just as well.

Not the answer you're looking for? Browse other questions tagged macos boot disk-utility safe-mode .

0
Why am I not able to expand my hard drive partition after deleting Windows?