What manufacturer and model SSD drive are in the Early 2011 MacBook Pro?

Thinking about getting the new MBP but cannot decide if the SSD upgrade is worth it; $100 dollars to bump to the 128 is small money but SSD drives vary widely in performance. trying to decide if I spend the $100 with apple or pick something better up at NewEgg.

According to Anandtech it's a Samsung brand SSD.

I spoke with a few of the guys at work that replace these and they told me that they don't really pay attention to the brands, It's OEM. But the ones that he could remember where Samsung and Seagate.

Now this doesn't speak to the brand that ships, but just what is replaced (if needed) when you bring it in for repair.

My recommendation would be to not spend the money on the SSD from Apple and get the standard drive that it comes with. As well as Apple typically places a premium price on parts from them.

Then you have the time to research the best SSD for your needs and at your own leisure pace. You will also have the original HDD to fall back to if you ever need it.

Or you could choose to remove the optical drive and install a drive cage and use both the SSD and HDD. I think that OWC sells a cage for that option.

Toshiba in the MacPros, and according to anandtech, the MacBookAir has the same controller as the Kingston, which is by Toshiba. No reason they'd still be using samsung http://www.anandtech.com/show/3991/apples-2010-macbook-air-11-13inch-reviewed/4 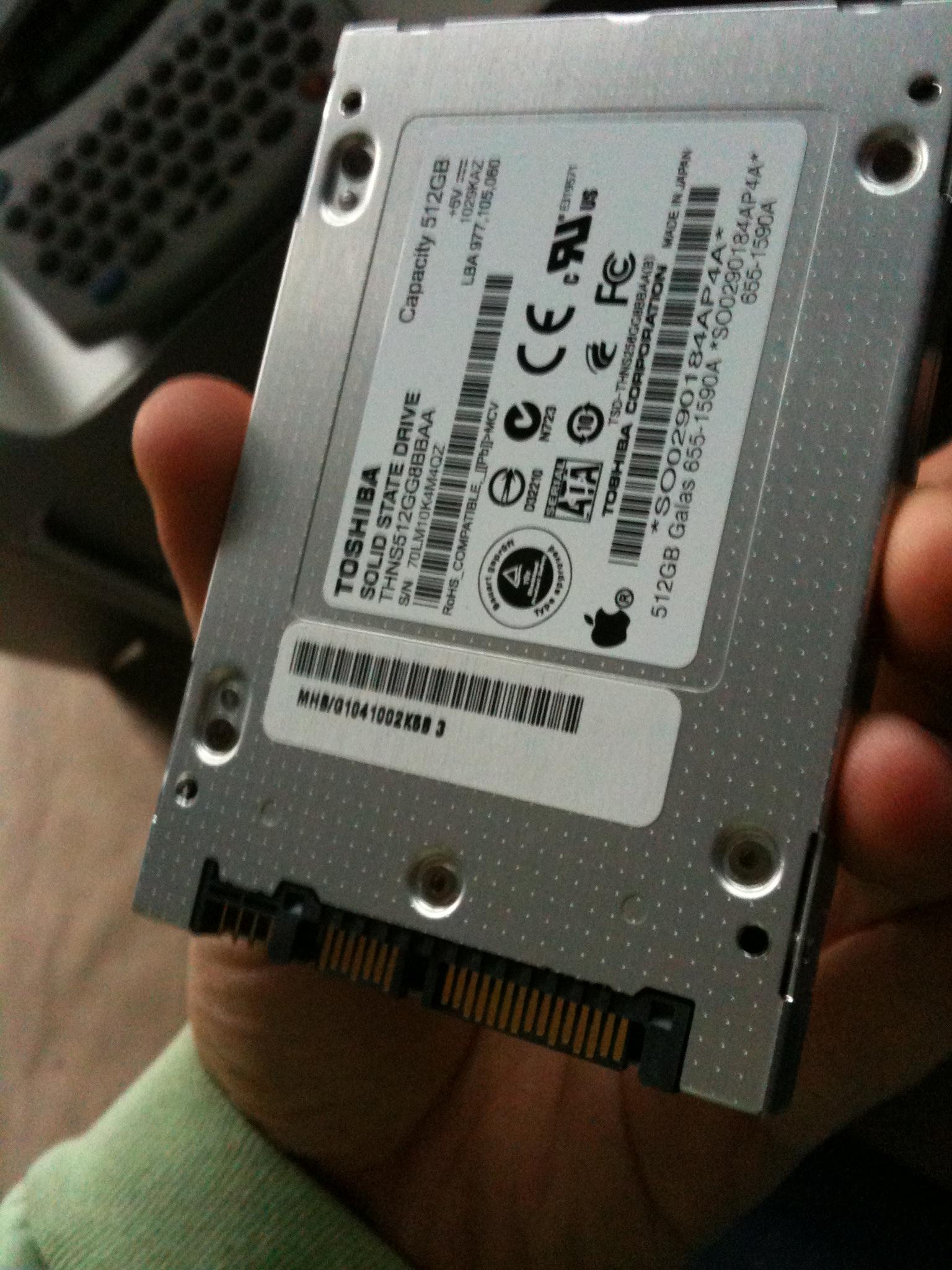 2
Is it worth upgrading my MacBook hard drive to an SSD?
3
Is upgrading an iMac to an SSD over USB 2/FireWire an upgrade?
4
Will the MacBook Air (2011) perform as well as my MacBook Pro (2008)?
1
SSD OEM Exact Model, Part Number and Manufacturer in MacBook Pro (Mid 2012)
2
Thunderbolt SSD or USB 3 SSD - Need an external SSD drive
2
Would and SSD or RAM be the better upgrade in this situation?
1
Performance of Virtual Machines on MacBook Pro with and without discrete graphics
1
macbook mid 2010 13" won't recognise ssd crucial mx200 HD 500gb placed in the optical drive