I recently found my original 10.5.2. installation DVDs, which I thought I had lost. So I want to save them as image files on my backup drive in .iso format (since I normally use Windows).

I created .iso files from the DVDs in Disk Utility (> New Image > Image Format DVD/CD master > Save, then later renamed the .cdr file to .iso).

But when I inspect this .iso file with 7zip later, I notice that the image file contains a parent folder with the same name as the image file, i.e. a folder "Mac OS X Install Disc 1":

Inside this folder there are a range of folders and files pertaining to the installation of Mac OS: 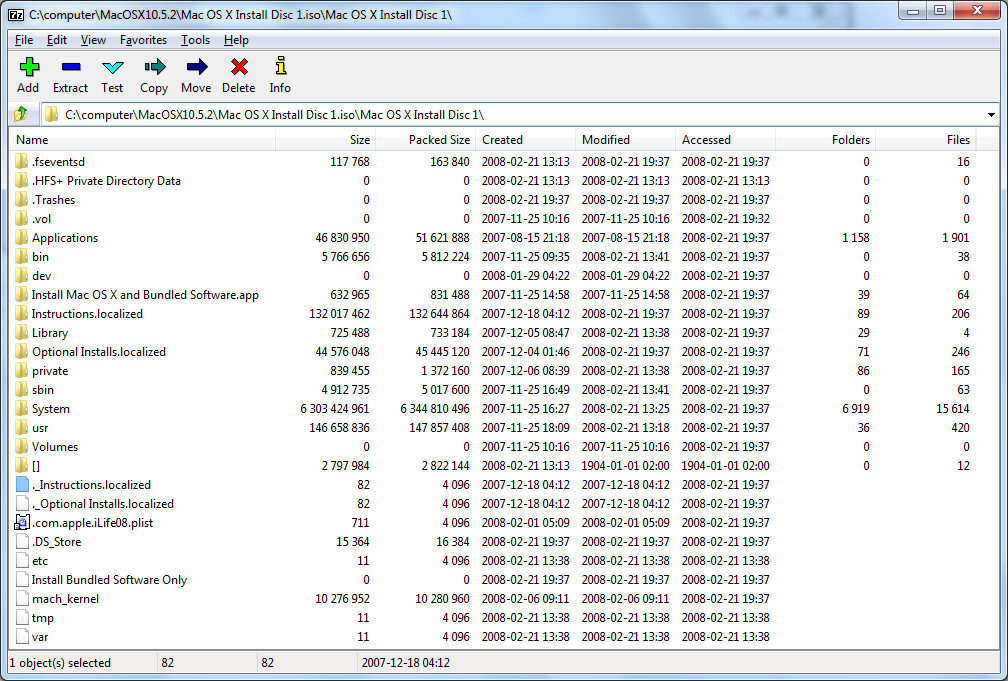 This is not what I expected to find. I expected to see what you see in the third picture here directly when I looked inside the .iso file. But for all I know, that is how .dmg image files are and are supposed to be.

The reason I am asking is this: If I burn this .iso image file to a DVD, will it be bootable on a Mac computer?

I tried what Gordon suggested. It seems counterintuitive to me to burn an image of the DVD drive and not the DVD disc, but I gave it a try.

I see that there is an Mac_OS_X.hfs file here. HFS is basically an Apple image format. Opening this file reveals the identical content of the .iso file discussed above: 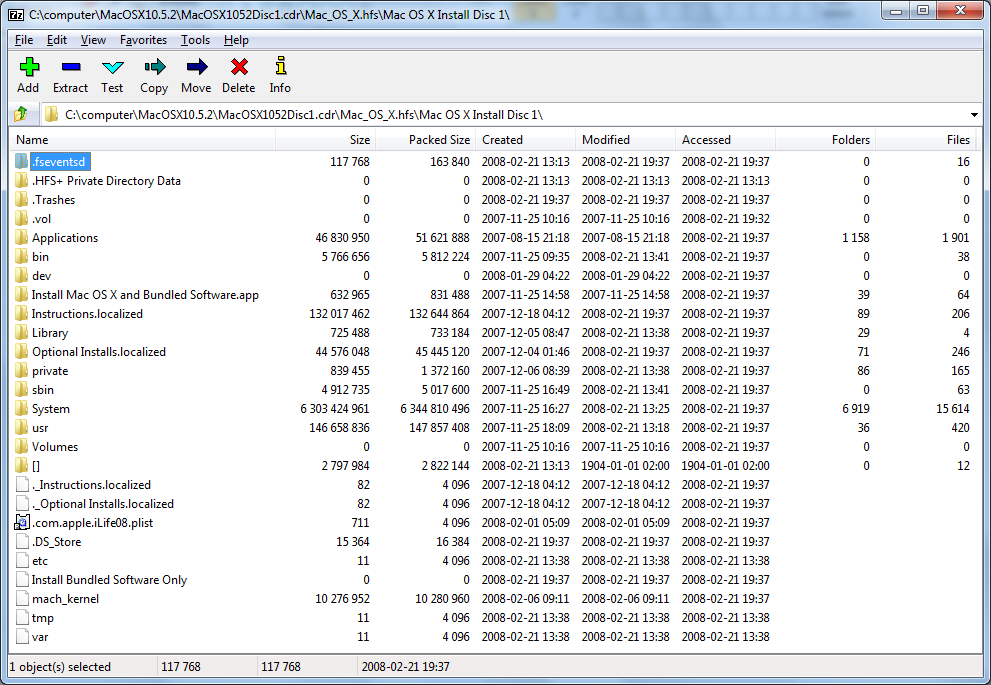 In other words, my initial concern with the .iso file was that the content seemed to be inside the parent folder rather than at the top of the file hierarchy. Using Gordon's suggested approach, however, the content in question is buried even further down the hierarchy. I doubt, therefore, that this is the right approach to take here.

I'm pretty sure you created the image wrong. When you create the image in Disk Utility, it's very important that you specify the source correctly. I'm not certain I remember exactly right, so you should test this before you trust the results, but here's the process as I remember it:

I think that procedure will work, but to be sure it's best to rename the file from ".cdr" to ".iso", copy it to your Windows computer, burn it to a DVD-R, and actually try booting the Mac from it. Note that if you mount the .iso on Windows you will not see anything like what you expect -- IIRC the 10.5 install DVDs are actually in a hybrid format that contains a Windows-readable driver disk for Boot Camp, and a Mac-readable (& bootable) installer volume. So if you mount it on Windows, you'll see Windows drivers, not a Mac installer. (BTW, this is also true of the original DVD, so try mounting that on your Windows computer to check my memory.)

Not the answer you're looking for? Browse other questions tagged disk-utility dmg bootable-disk iso .