I have a 2011 MBP, 2.2 GHz, 8 GB, AMD 6750M, 512GB SSD that I installed myself. No AppleCare. Recently, I have had these weird glitches showing up shortly after I connect an external screen: 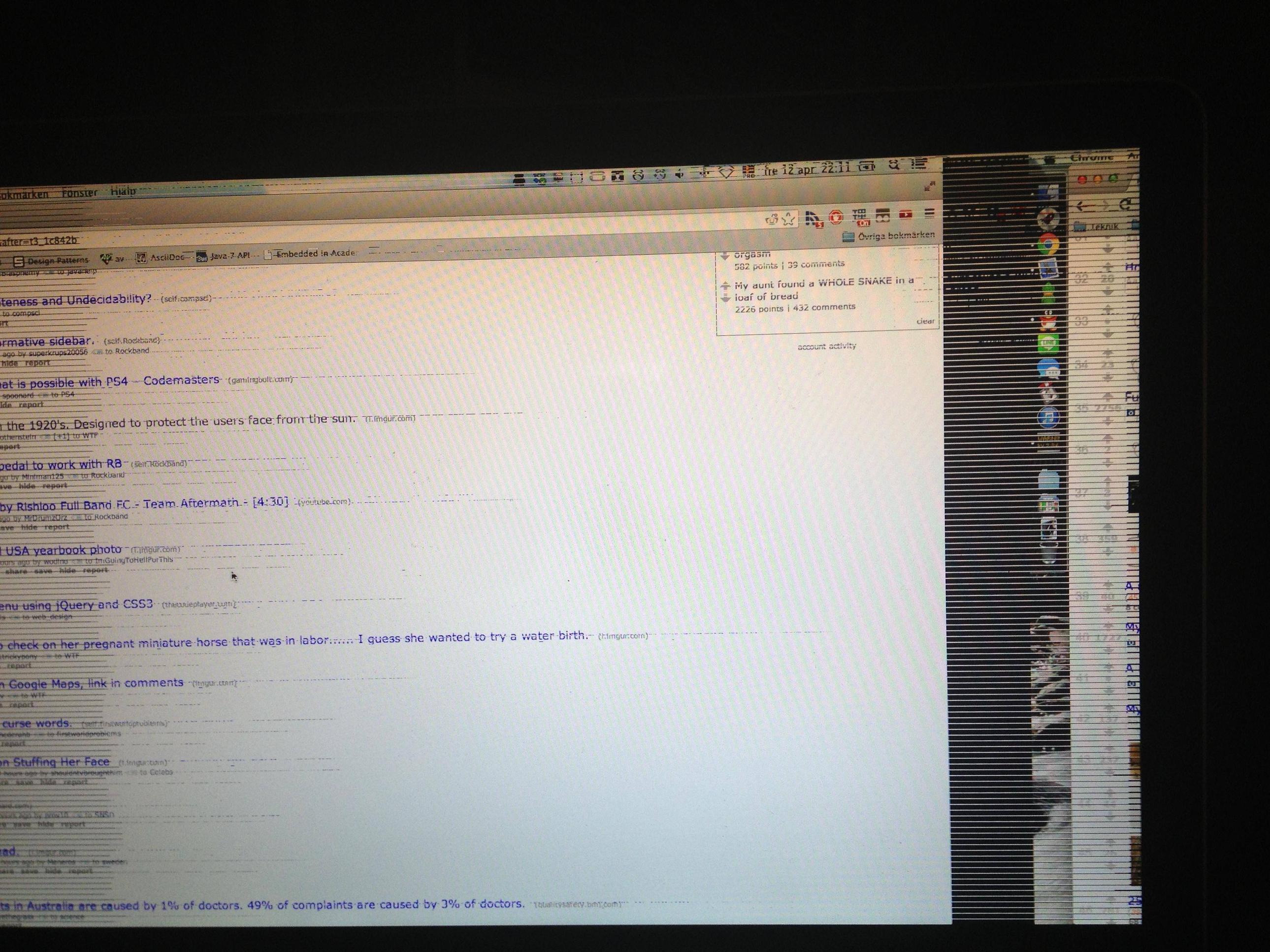 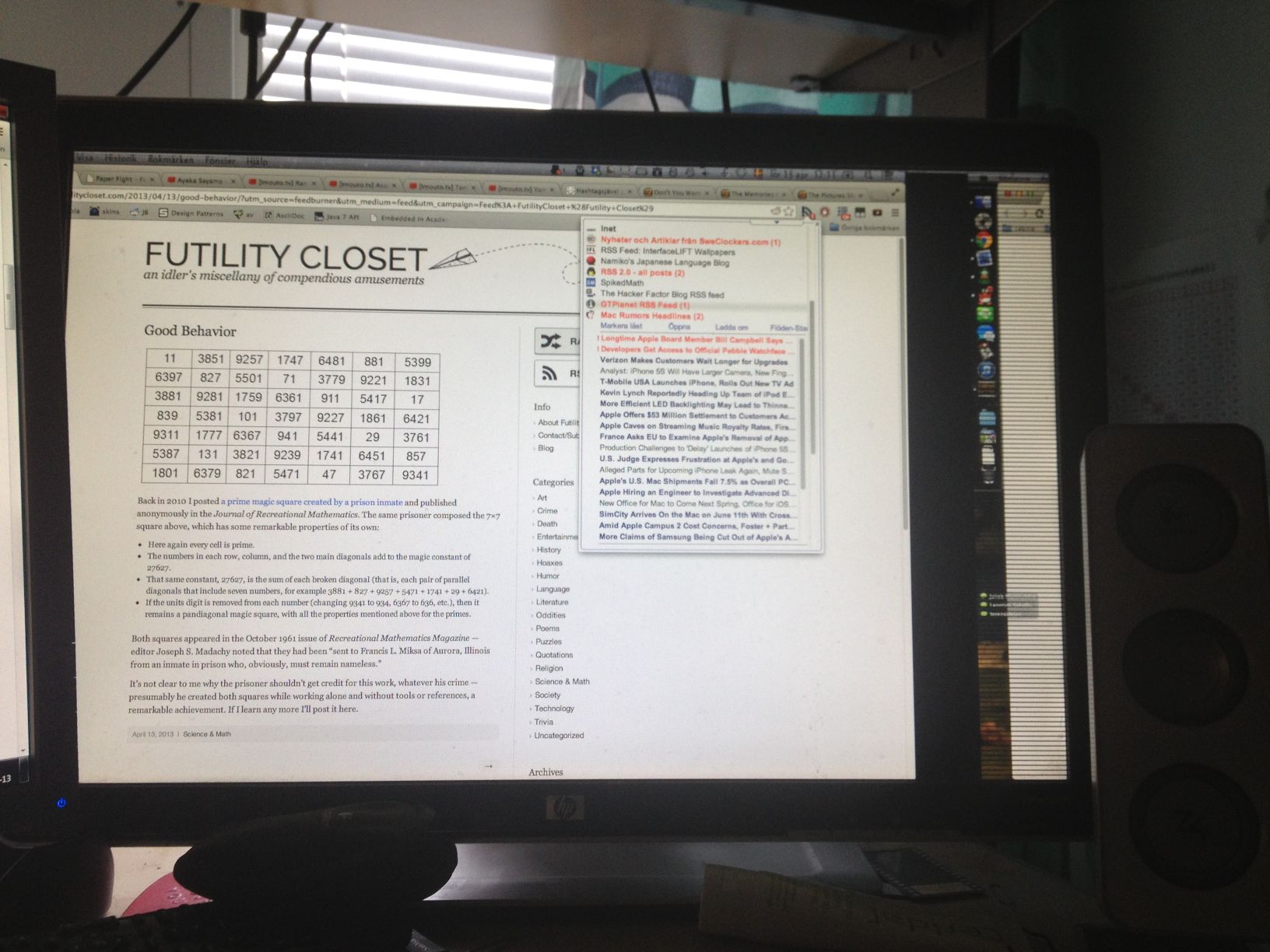 What makes me think that this is a GPU related issue is that it can be forced without any screen attached if I untick the automatic graphics option in OS X: http://dl.dropboxusercontent.com/u/7...%2018%2007.mov If I leave it on, it works for a while and then glitches, but there have been times where the screen just goes black or some blueish pattern, after which I'm forced to shut it down and restart. It's less noticable on Windows though, but still annoying since I primarily use OS X. I have tried resetting the SMC and PRAM and I recently reinstalled OS X. This is not acceptible for a two year old laptop that I paid a lot for, as a student I don't want to pay for expensive logic board replacements. I will call the Apple Support on Monday. Any advice?

Since people are still commenting on this, I will post what happened as my answer: I took the MBP to a different store where they concluded that it was a faulty HDD cable since I had installed the SSD myself and they assumed it got some kind of shock for me not wearing an ESD bracelet. (Although as far as I can remember, the friend of mine who installed the SSD for me did indeed wear the bracelet, however I probably didn't use it when I installed RAM 1,5 years ago)

It seemed to work fine for a while but after that, the glitches started to reappear, and it became so bad that the MBP couldn't boot into OS X or Windows (stuck on grey screen with glitchy stripes).

Once again, I took it to the shop, they concluded that it was a faulty logic board, which would cost me a fortune to replace. However, thanks to EU consumer laws, I have the right of up to 3 years warranty if I could prove that it's the manufacturer's fault. So they let me fill in a form and send it in along with my receipt. By the beginning of July, Apple finally approved to replace the logic board for free. For now, the MBP is working properly again.

Having just gone through something like this just yesterday, I'll suggest, nay, I'll bet even money that it's the faulty GPU that was noted above. I found my resolution here:

Not the answer you're looking for? Browse other questions tagged macbook-pro gpu .

1
Can the GPU issue in 2011 Macbook Pros be latent?
0
Graphics glitches and freezes - can anyone make sense of this kernel panic?