Recently (less than one year ago) i bought an iMac 21,5". Now i would like to use it as secondary monitor for my laptop. (My laptop runs Windows 7).

Is it possible? (I found conflicting opinions on the web, even on the Apple forum).

What type of cable do I need? (I will appreciate also a link to the product on some online store: amazon, ebay etc.)

Thank you in advance.

I tried air display... i'm not satisfied at all...

typical scenario: browser window on the main Windows laptop, dev tools/firebug on the secondary iMac screen. The mouse goes fast between the 2 screens (GOOD), but when i changed the selected tab nothing happens. I had to drag the dev tools window to the main screen to get an update of the selected tab. My test is ended here.

I'm still waiting for other answers.

I will prefer an answer that suggest me what kind of cable i've to buy, and where i can find it on the web.

Target Display Mode lets you use your iMac as the external display for another, “primary” computer.

If you happen to own a laptop with a Thunderbolt port follow these simple steps to extend your display (Thunderbolt to Thunderbolt cable required) (from KB PH4469):

(As a side note: Older iMacs with Mini DisplayPort also support Target Display Mode. The steps to configure and enable Target Display mode are very similar.).

You can't use Mini DisplayPort to DVI or VGA adaptors:

to connect a computer with a DVI/VGA port to a Thunderbolt display (from this thread):

There is some hope, though, as the post goes on to say:

but there are other much more expensive ones that will convert DVI computer ports to Mini DisplayPort display.

The poster is probably refering to a product mentioned earlier in the thread: the Kanex C247D Single-Link DVI to Mini DisplayPort Converter, advertised like this:

Connect a (...) LED Cinema Display to your DVI-equipped MacBook Pro, Mac Mini, or PC with this (...) Kanex solution.

However, opinions diverge on whether it will work with a Thunderbolt display at all:

I've noticed that the LED Cinema Display is listed as a Mini DisplayPort display (from http://support.apple.com/kb/SP502):

If the solutions described above aren't feasible or cost-effective, you can use several software solutions. One is Air Display:

Use your iPad, iPhone, Android, Mac or Windows PC as a second (or third) monitor with no messy cables or wires 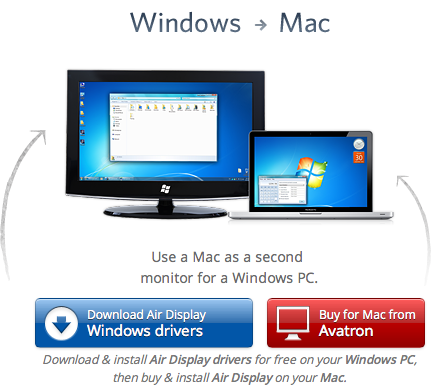 There is a free trial version here.

In addition to the above, other software solutions are Jinx, who offers a product called ScreenRecycler. Couple this with a VNC client like TightVNC or JollysFastVNC (from Jinx), you pay once for the main computer, and can use any number (one at a time) of other computers as a remote display. This software is currently in Beta, and I found that after 5-10 minutes of use, the remote display slowed and became very choppy. I don't know if this was because my main computer is running OS X 10.11 Beta, but I suspect it is just issues with the ScreenRecycler product. Also, the VNC Client does not detect the screen resolution of the host (remote) computer, and so does not allow you to take full screen unless it happens to be one of the predefined resolutions.

I found Air Display to work very well with acceptable performance, using 2 laptops (1 Windows, 1 Mac) over WiFi 802.11n. Mac was primary, Windows was remote monitor. However, you have to pay for each machine (1 at a time) that you use as a remote monitor - opposite of how ScreenRecycler is licensed. Air Display also used the host computer's screen resolution nicely, but at times motion became choppy.

Finally, there is MaxiVista - this one is one-way, only uses Mac, Windows or Linux as a remote monitor for Windows. I have not tested it, as what I wanted to do was use my Mac and extend to external monitors wirelessly, but the hardware is too old to support AirPlay to an Apple TV. MaxiVista runs from $49.95 to $129.95, which I find to be way too expensive, as the others are around $20. For the price of MaxiVista, you may as well just buy a physical monitor and skip the network bandwidth utilization and lagginess.

Incase anyone is interested, this is a bit late but it could be useful for anyone who searched and finds this page.

I had a 27" 2010 iMac and a pc with a DP (DisplayPort) connection so I just purchased a mDP (Mini DisplayPort) to DP cable from PBTech ($11.50 NZD). I don't know what connections you have on your laptop but all adapters I could find worked from mDP to VGA and not the other way around.

VGA carry analog signals which in terms of quality are one of the worst cables when connecting to an LED or similar screen. It's also probably why there are very little/any VGA to mDP adapters as they would be expensive and not too many people would purchase them. All sources I searched stated that it was either very difficult or impossible to go from an analog VGA to a digital mDP.

Hope it helps and doesn't empty out your wallet.

I tried various options (wasted my money on the Avatron Air Display of the accepted response, which doesn't support Windows 10, and no longer supports Windows clients with AirDisplay2 -the latest version supported in Windows- with the current AirDisplay3 currently supported in Macs; AirDisplay can now be considered a Mac-only solution, and pricey).

I found that spacedesk.net does a nice job using the HTML5 client in Mac, or an Android VM in your Mac as a client (probably better performance, haven't tried it yet).

Not the answer you're looking for? Browse other questions tagged mac imac display windows .