How can I fix this pixelated Macbook Pro display malfunction?

My Macbook Pro (Core 2 Duo - 2007) has seen better days. When I try to start, it simply boots to this odd pixelated image of the Apple start screen: 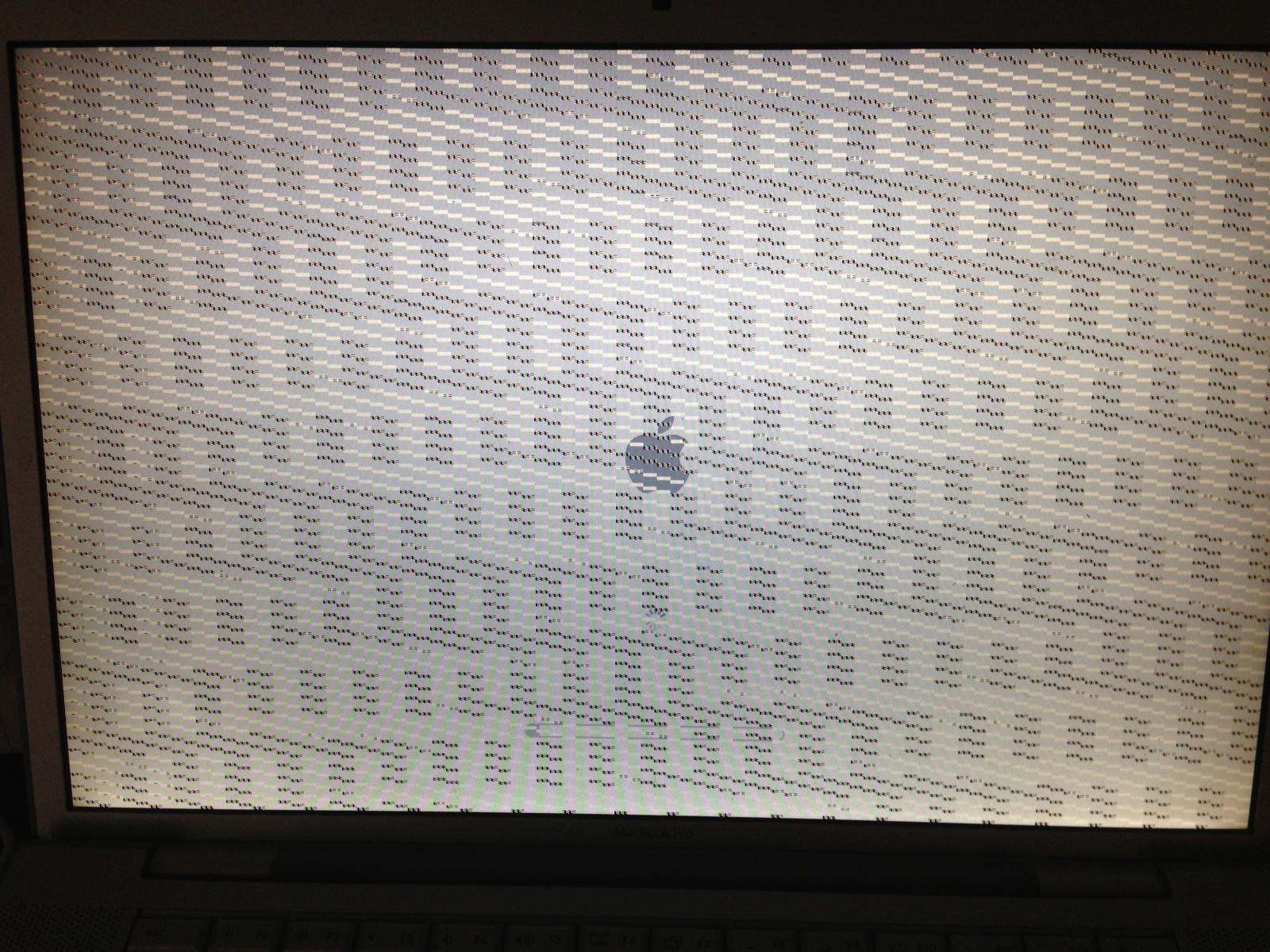 I can only imagine that this is a display issue, but it's strange because there is a progress bar underneath the Apple icon that seems to move forward and then just hangs when it gets to the end. So the screen in the image is about as far as I can get.

I've also tried connecting it to an external display, but I got the same results... the connection to the display worked, but the external screen showed the same lines of pixelation as the laptop screen.

After looking at some of the Apple forums I tried a PRAM reset and a SMC reset but I'm not sure that they had any effect (I also couldn't get the Apple hardware test to run). But it seems like it must be a hardware issue as opposed to a software one.

And in regards to how this might have happened in the first place... The laptop was running Netflix and does tend to heat up quite a bit while streaming video. The system became completely unresponsive after the pixelation problem showed up on the video and I had to shut down manually by holding down the power button. I haven't gotten it to boot up completely since then.

So I would think that the problem is hardware and not software. And I would also think it's not necessarily the display since the external display had the same issue. Is it possible that I fried the video card? Any ideas as to what parts I would have to replace to fix this? I'm thinking that it's probably time for a new Mac anyway as a long-term solution, but I'd love to be able to salvage this one at least in the meantime.

Any help would be greatly appreciated because this kind of issue is definitely a first for me.

I've seen issues similar to this. The problem was a bad video "card". The fix was to replace the whole motherboard because the video card is integrated and not seperate.

Even if it is out of warranty and Apple retail store will diagnose this issue for you to confirm my diagnosis. They may also give you a cost to fix it.

Not the answer you're looking for? Browse other questions tagged macbook-pro hardware video display .