I noticed a lot of people have a similar problem like me. Strange glitches in some programs on some controls. They appear totally random. The image shows only one program. It also appears in Safari, iMessage, XCode, Ecliplse. I've absolutely no Idea what could be the reason. Also Apple support doesn't have an answer yet. They told me to observe the problem. 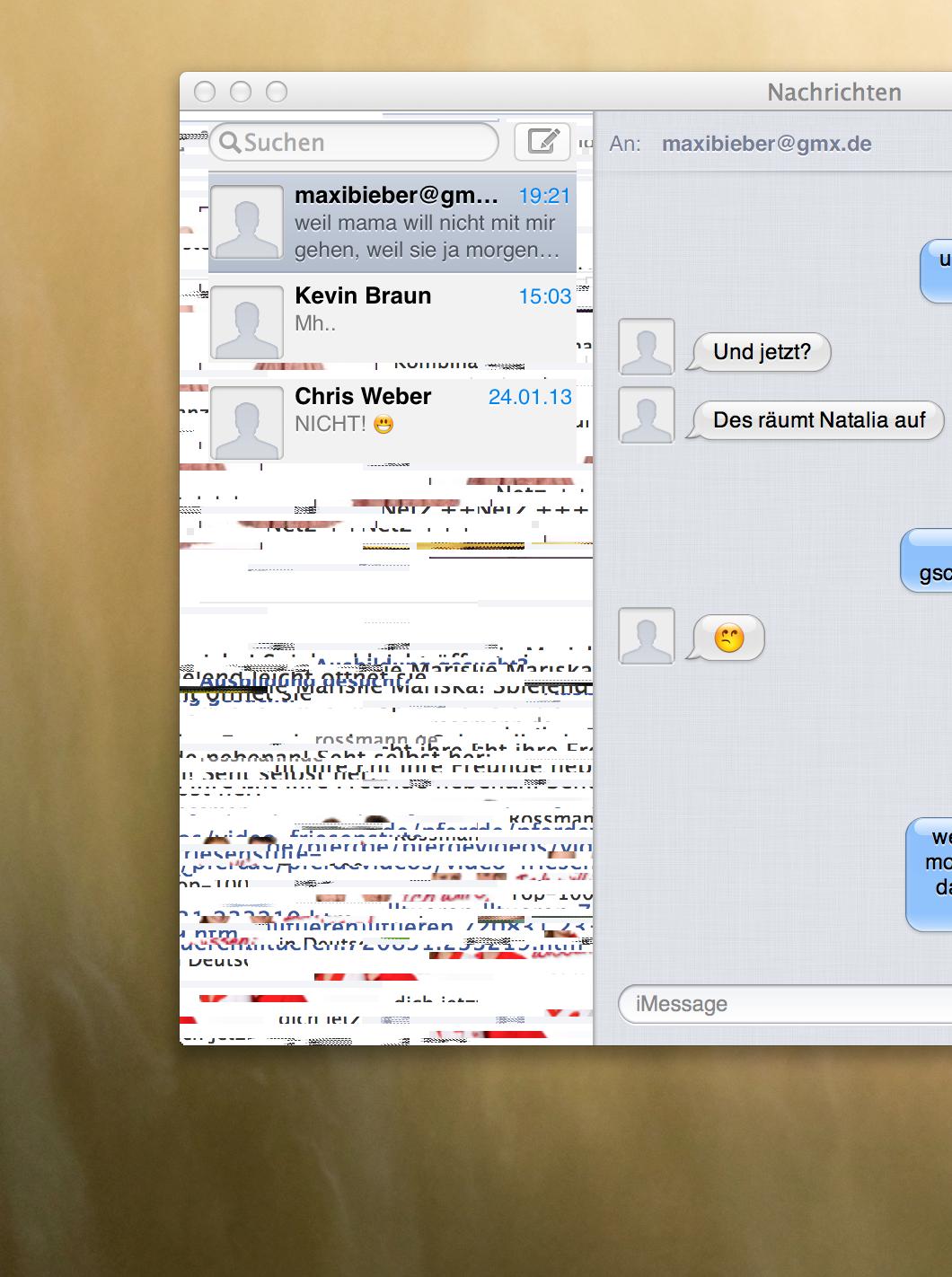 Edit Some People write that their issue came from a Ram upgrade. And the Ram clock speed was wrong. Here not possible, unopened Laptop.

Edit 2 Still observing the problem. Apple told me to use an other "Admin" account (They told me it's important to be an admin account) on the machine. No glitches yet. I'll update the question after some days using the second account.

Did you migrate an account from an old machine? It doesn't look like a hardware problem, but it could be corrupt preferences. Bad video cards will corrupt the whole screen, not have it confined to a single window like your screen shot shows.

Try moving the preferences for Messages.app from your ~/Library/Preferences folder to the desktop. You will have to re-configure messages, but you can always put your old prefs file back. If that works then you probably have a corrupt Messages prefs file. Try that for each app to see if it helps.

Not the answer you're looking for? Browse other questions tagged macbook-pro display graphics .

1
Is it expected to have visual glitches while constantly moving one window from a retina monitor to a non-retina one?