Does Tiger have one install CD for both architectures?

I'm eyeing an unopened set of 2 tiger install DVDs on eBay. When they were originally shipped, did 10.4 DVDs support both Intel and PPC on the same disk?

According to Wikipedia, only Tiger Server included a universal DVD: (http://en.wikipedia.org/wiki/OS_X#Version_10.4:_.22Tiger.22):

I happen to have a retail Mac OS X Tiger DVD (part# 2Z691-5305-A) and my MacBook Pro didn't boot from it, which seems to confirm the information above.

That said, Apple may have released other Tiger DVDs. The short URL provided by the OP's in the comment below points to an auction of a purported free upgrade for Intel-based iMac owners with P/N 1001123: 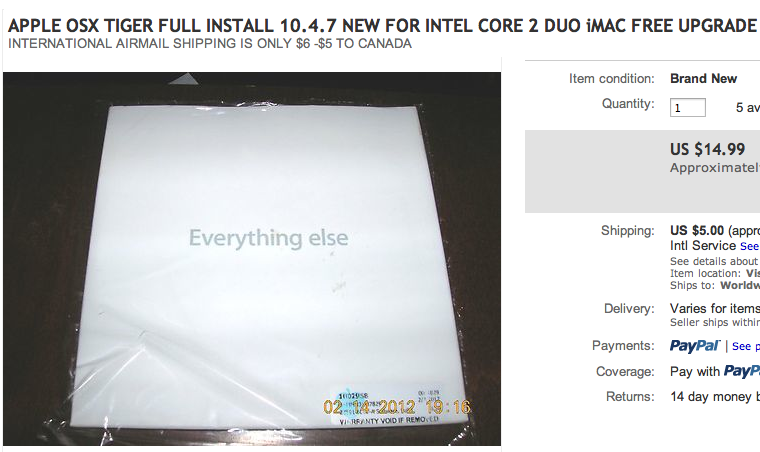 I found here a very similar, if not the same, product:

I'm pretty sure this DVD won't boot from a PowerPC computer, nor will include drivers for any hardware other than the Intel-based iMacs it was intended for. Also notice that the auction is an upgrade, that means, you need Panther installed on your Mac.

Not the answer you're looking for? Browse other questions tagged powerpc macos .