What prevents an iPad or iPod charger from overcharging?

my iPad mini came with this charger and cable. If i leave it charging overnight, what prevents it from overcharging my iPad(is it the charger or the iPad itself)? 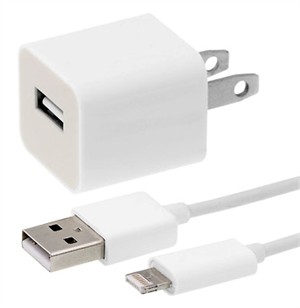 I ask because I also own a Dynex cable (only the USB-iPod cable, not including the charger shown in the picture below). And the Dynex cable has a note attached that says "charging will automatically stop after 8 hrs to protect your devices, unplug and replug the charger to recharge if needed". Why is this 8 hr charge limit needed?

I'm guessing that it is the Dynex charger that sets the 8 hr charge limit. If I plug my Dynex cable into the iPod charger is that going to be ok? 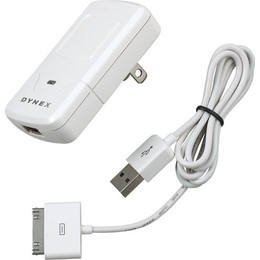 All Apple products have a charging demand circuit that senses the battery charge level and only engages charging current when the battery needs a charge.

When you plug in power to the iPad, it only initially channels enough current to run the system (or boot it up if it's off) and establish some sensing of the battery. At that point, it will start charging (and drawing more current) if needed.

If you think of electricity like water plumbing, there are two pipes - one to run the CPU/screen and another valve that only gets open when you want to send some of the water pressure into a water tower for use later. Just like a town wouldn't pump water into the tower when it's full (or when they decide they need to send all the output into town) - the iOS device isn't a simple unregulated system where the batter gets a charge whether it wants it or not.

The Dynex charger simply has a time limit so it would work normally until the 8 hour shut off finished (most iOS batteries — even old failing ones — are done charging by 4-5 hours) and at that point, rather than have your iOS device stay running on wall current, the battery would have to kick in and start self-powering the device. For that reason, I would say skip the Dynex for Apple product and save it for less sophisticated / simple electronics that don't self-govern charging current.

7
Using an iPod charging cable to charge an iPad
0
iPad 2 not charging
2
1st gen iPad charges slowly and doesn't show charging indicator
6
Hot iPad charger wall adapter
1
After heavy use, my big iPad has charged very slowly. What can I do besides the Genius Bar? Is there a different wall charger I should use?