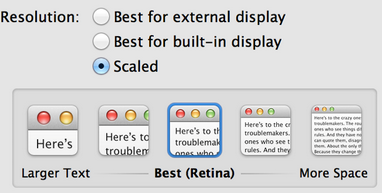 Not the answer you're looking for? Browse other questions tagged macos resolution display hacking .

13
Is there a way to change font sizes system-wide while preserving UI resolution?