Way to tell where a password dialog is coming from?

Sometimes a piece of software will automatically update itself, and I'll abruptly get the "type your password to allow this" dialog. Is there any verification going on behind the scenes before the OS gives me this dialog? It seems like any random trojan could tell the OS that it's called "Update Adobe Flash Player" or something else official-sounding. For that matter, is there anything stopping a malicious program from popping up a dialog that looks just like the OS X one?

I'm aware that programs shouldn't be able to do this unless I've knowingly put them on my computer, so the burden is on me to be careful about what software I download in the first place (barring discovery of new OS exploits, which is likely to happen at some point). I'd like to know whether there's any additional verification I could do so that even if malware does get onto my system, I can at least avoid giving it an admin password.

In System Preferences you go to Security and Privacy. 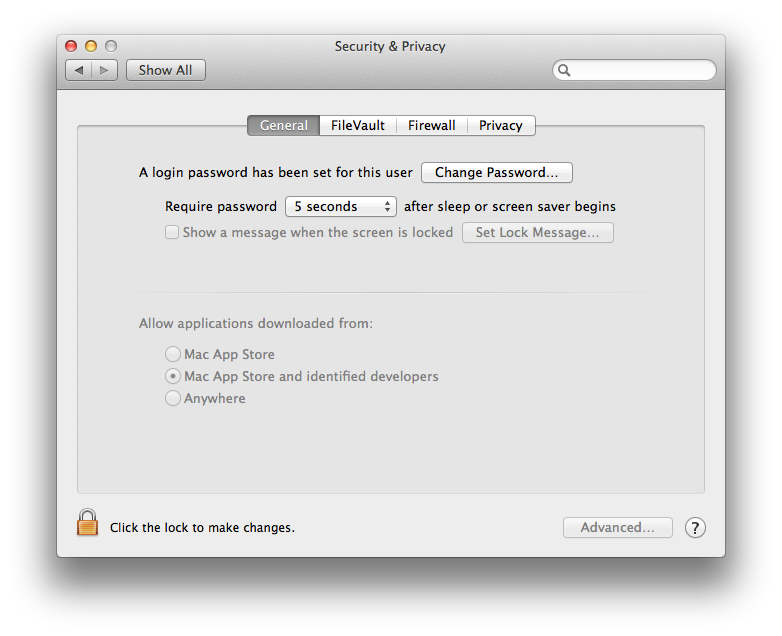 Not the answer you're looking for? Browse other questions tagged macos security password malware .

22
How to limit my Mac's exposure to malware?
7
Does activating auto-login compromise secure password storage?
3
Password dialog box differs between Macs
2
Does FileVault protect against ransomware?
11
What launches an ancient "Update Helper" and how do I confirm it's not a trojan?
2
What do "Mac Ads Cleaner" and "Mac App Cleaner" do while installed?
1
How to debug malware popups in Safari
2
How can you stop sites from sending unwanted or 'enforced' downloads in Safari?
1
Tool to sort Activity Monitor: legit or suspicious