Does the use of SSD give one a dramatic performance boost?

I use Mac book pro 15", and it's time to buy a new one. For HDD, now I see a new option of SSD, which is pretty expensive.

I can expect shorter boot-up time and faster access of files, but I'm not sure if it's worth the money.

I disagree with Randolph's Answer. If anything, the article says exactly the opposite of the "good performance for a while" part.

What we found was the exact opposite: an OS that doesn't appear to be affected by SSD performance degradation

And I don't have Apple's SSD. I have an OWC on a Mac Pro and haven't had any performance degradation since I brought it, about six month ago. Before that, I had an Intel drive and also never had degradation problems under OSX. I changed the drive because my 1st drive was too small. That Intel-M drive is running on a laptop with Windows 7 Home Premium.

So far, it has been proven that OS X doesn't suffer from the lack of TRIM support; what we don't know if that's because the OS/FileSystem is doing something different or because there's TRIM support hidden and not reported.

In any case, getting a SSD is really a performance increase. I only use it for the OS and some minor things, the rest sits on a mirrored SATA RAID, but this is a Mac Pro, so things are different.

On small Macbooks, the usage of SSD is like day and night and I haven't seen performance degradation over the course of a Year.

Maybe there is one, but if that's the case, it's so slow that by the time is significant, you'll be either changing the drive or the whole computer.

I recommend you don't get one from Apple, as they tend to overcharge. Get one of the many SSD's alternatives like Corsairs, Intels or the OWC I have, which I heavily recommend.

But the SSD market is in a constant evolution, so read before you buy.

TRIM is a slightly outdated concern with the latest SSDs, it was a big problem with first or second generation drives. If you choose the right drive - one that has been recommended by many is the OWC Mercury Extreme Pro - then you should have no noticeable speed degradation. If you must have SSD now the Sandforce controller is probably your best option, not what Apple offer as BTO.

If I was buying a new Mac today I'd still take the traditional drive just because price/performance is not quite there yet on SSD, even though performance increase is huge. If you can live with your snappy new MacBook Pro for even six months without a SSD (and I bet you can), and then buy a SSD and upgrade yourself you will pay less for more capacity. Additionally you may see drives based on 25nm flash technology become available using even less power with even more speed and capacity.

SSDs on MacOS X will be significantly faster, for a while. However, the OS does not support the TRIM command, so it will slow down significantly, to the point where a full wipe (zeroing out the drive) will be necessary.

As you'll see from the review, it's not a good idea to buy from Apple because their SSDs are slow to start with. If you do go with a third party drive, make sure that you're aware of the need to zero it out periodically, at least until OS X supports TRIM.

EDIT: As pointed out in the comments, SSDs that don't have TRIM support can still have an efficient Garbage Collection algorithm that mitigates the problems of not having TRIM, so your net effect is still a superior performance over mechanical drives.

That said, I'm sticking to the mechanical drives for now, for personal reasons, in that I find them more reliable over the long term than SSDs. This opinion may well change in the next few months or years.

Great performance boost, apps cold startup is 1-5 sec, depending on the app 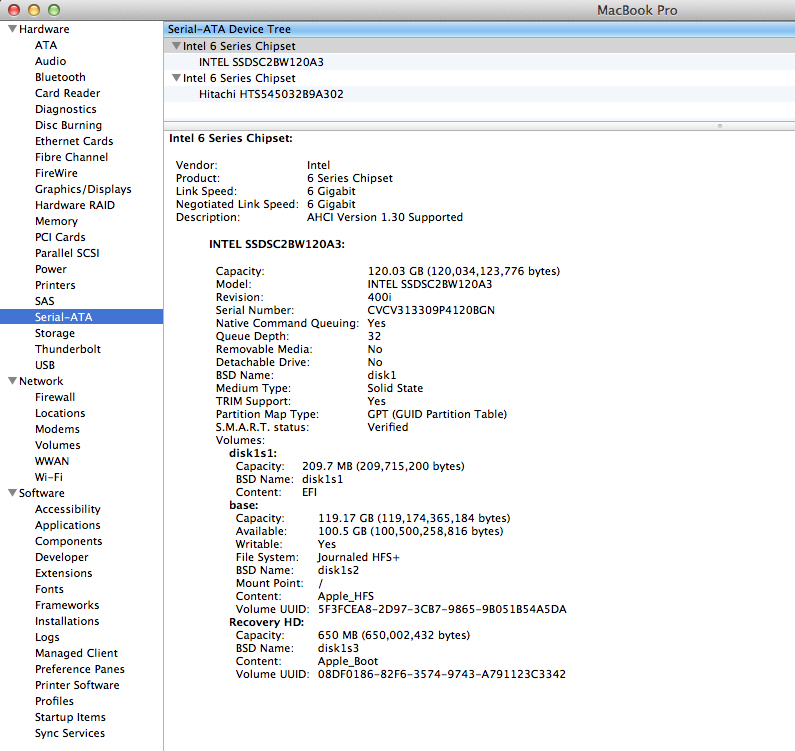 Executed some instructions from http://blog.alutam.com/2012/04/01/optimizing-macos-x-lion-for-ssd/

If you have lots of RAM and not using Photoshop or virtualization (VirtualBox, Parallels, etc) than section "Use RAM disk or HDD for temporary files" could a performance boost

It gives a huge boost. My MacBook now boots in just 8 seconds, down from a minute and a half.

Not the answer you're looking for? Browse other questions tagged hard-drive performance ssd .

0
Should I upgrade my mbp internal hard drive (160 gb) with a 64 gb SSD?
14
Replacing SuperDrive with secondary storage?
12
What are some tips for replacing my MacBook Pro hard disk with SSD?

2
Is upgrading an iMac to an SSD over USB 2/FireWire an upgrade?
2
Which connection interface should I use with my next external HDD?
4
Should I Move The Swap Location For My Mac From The SSD To The Larger HDD In My Laptop?
0
Which type of storage between HDD and SSD should I use in MacBook Pro for app development job?
0
Less RAM and an SSD vs. more RAM and an HDD?
2
MacBook Pro mid 2012 13.3 HDD cable performance
0
Running Raid0 on MBP 2011