Does iTunes 11 need extra services or tools to manage duplicates in the library?

In the new version of iTunes 11 the find duplicates option is gone and I don't want to revert to iTunes 10 to get that function back.

I know I had 1 GB of duplicates in iTunes 10, but I can't have iTunes show them to me anymore. My first thought was wondering if iTunes 11 finds/delete/merge them automagically?

I mean, I know that I had two versions of "Lemon Tree", one is the original one and the other is a cover, but now I can't find the cover anymore. The same with other covers.

I ran http://www.macroplant.com/meta-tunes/, and I only found 3 duplicates, while I am sure I had 100+ duplicates, because last sunday I imported a lot of songs and the "find duplicates" found 800 MB.

If anyone has insight into what iTunes 11 does when upgrading a library that would be a great start, but I'd prefer an ongoing plan to keep my library minimally duplicated.

With iTunes 11.0.1, Apple restored the Find Duplicates functionality in the new iTunes. 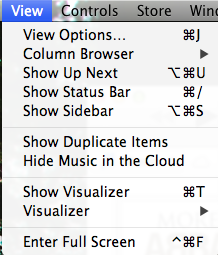 I found 160 duplicates with dupeGuru.

But, none of them can be found in iTunes, even if they are in the hard drive.

Look: I have two identical copies of the same song on my hdd (same artist, same bitrate, same duration, different album), but when I search it in iTunes I can't find it. 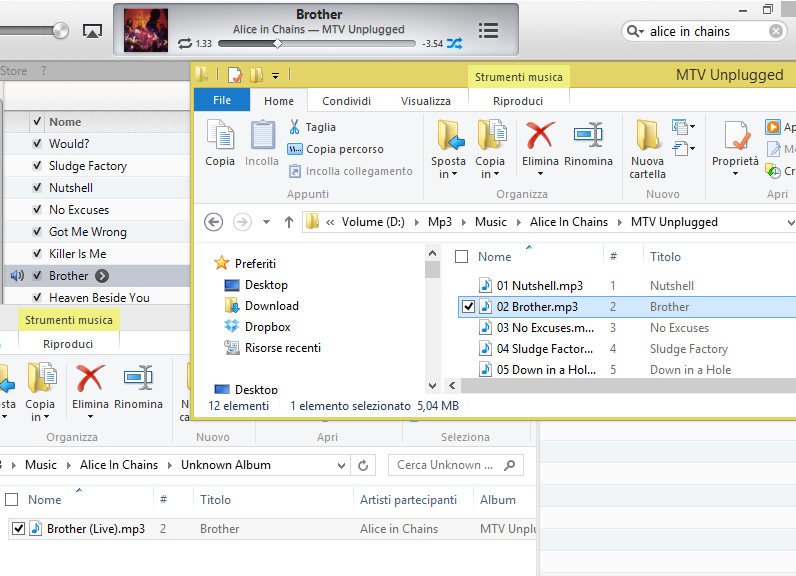 It looks like iTunes found duplicated songs and removed them from the library (without removing them from the hard drive, though)

I arrived to the conclusion that iTunes will "hide" songs if it thinks that it's an exact duplicate.

More proof. I got two identical songs from iTunes store in 2010 (The same song in two different albums) One of them is on the HDD but can't be found in iTunes 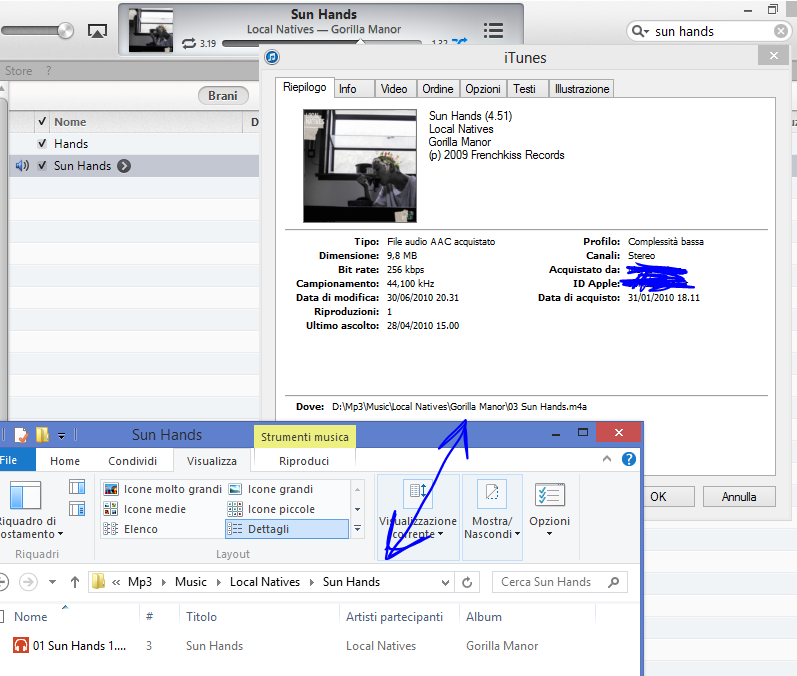 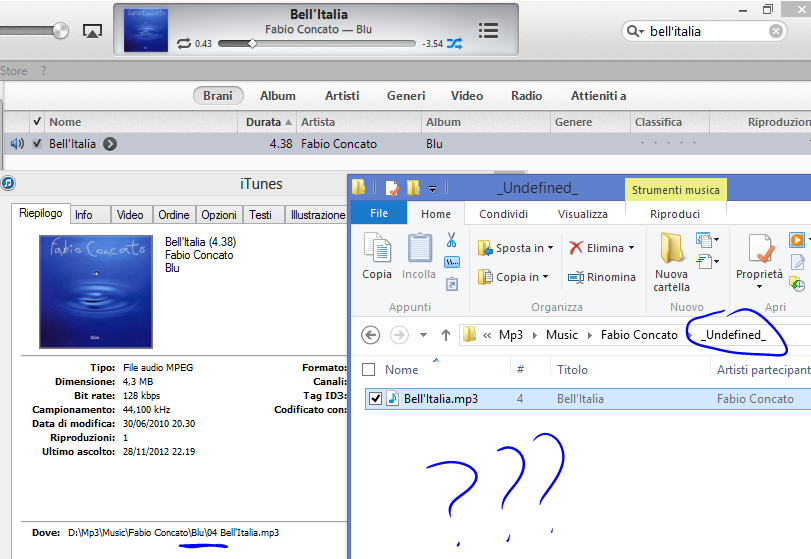 But, when there are too many differences, like 1 second in duration, or an "à" that become an "a", the entry is kept:

That's why Apple "removed" the "find duplicates" menu: it's done silently and automatically - no need to search for them. (Though, the file gets "lost" in the HDD, wasting space...)

Might be interesting to find out what happened to your tracks. On my Mac there still is a huge list of duplicates (which is exactly how I want it to be).

Not the answer you're looking for? Browse other questions tagged itunes windows .