I forgot I just closed the lid of my MBP the last time I used Windows/Bootcamp (instead of shutting it down) and that triggered hibernation.
The next time I powered my MBP on, OS X started automatically and I opened some of the same files that "were already open" in the hibernated windows (on OS X main/boot partition, using MacDrive in windows).

That (or resuming the hibernated windows later) probably led to some data corruption that prevents the OS X volume from booting and neither the automatic repairing during booting nor disk utility (external hard disk drive or recovery partition) is able to repair it. I am not sure if there is any difference.
Booting in verbose mode shows the file names that were double-opened during repair attempts.

After booting OS X from an external hard disk drive, Disk Utility fails mounting the main OS X volume straight away. But succeeds with mounting it after a failed repair attempt. I only have read access then, though. 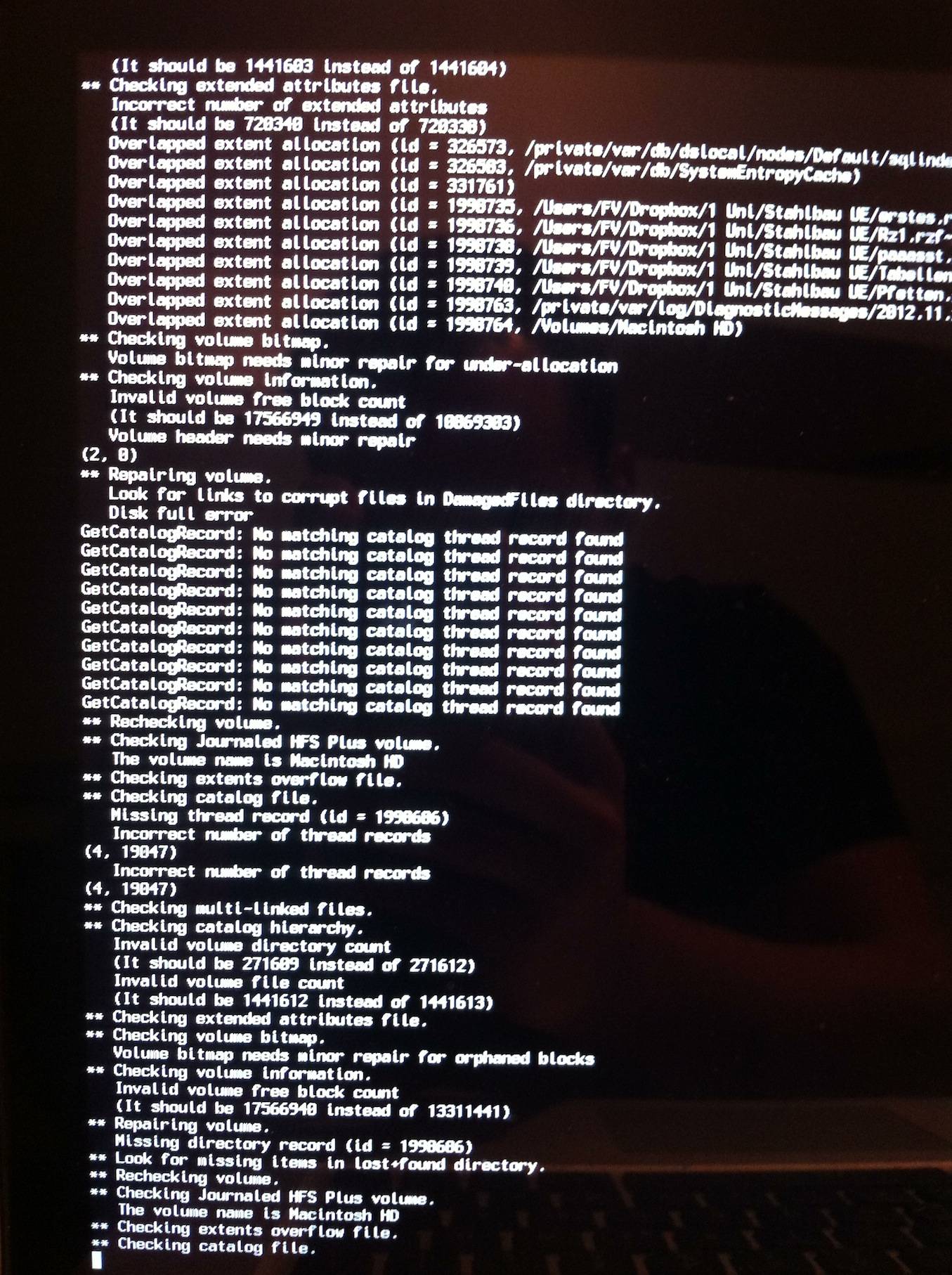 I managed to solve the problem on my own by running DiskWarrior who was able to repair everything!

Not the answer you're looking for? Browse other questions tagged disk-utility migration .