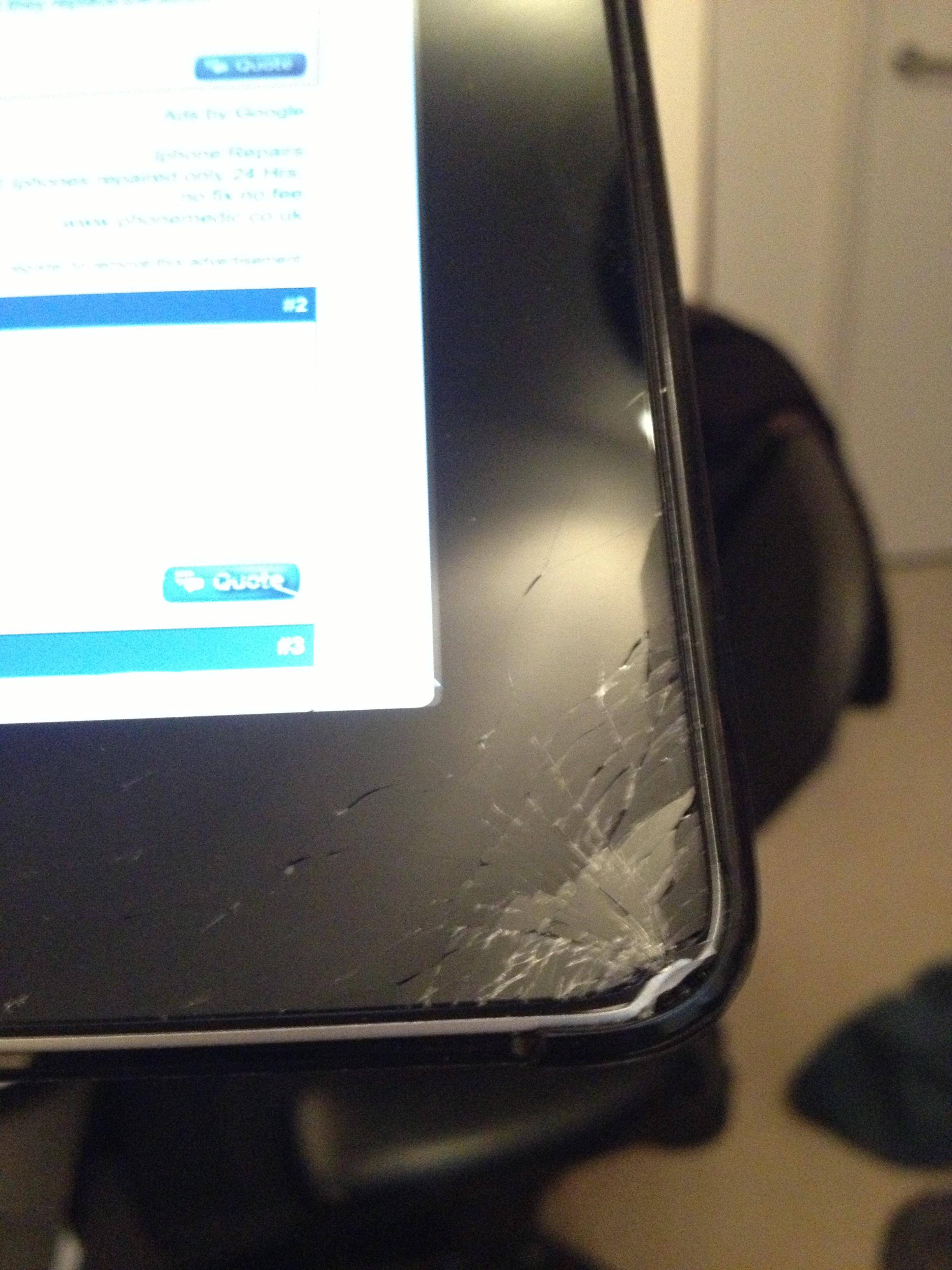 2
1st gen iPad charges slowly and doesn't show charging indicator
3
Ambient light sensor not working when moving from light to dark rooms with an iPhone or iPad
1
Old iPad 2 with cracked screen - what trade-up/repair is available and is it worth using?
6
Best replacement for MacBook Air MagSafe 2 cable (OEM or 3rd party?)
0
Cracked my ipad 3 a little. What should I do?
0
iPad 4 screen cracked
0
My iPad Mini won't turn on after charging
0
Do I have to replace the LCD if the iPad screen is cracked?
0
iPad 1st generation USB Issue