Final update I just received an email from Apple confirming this bug has been fixed in OS X Mountain Lion 10.8.3

I've been having rendering issues with Safari 6 on different systems all running Mountain Lion, and I'm unable to find a solution. I've attached some screenshots to describe the issue.

Update Further investigation suggests that this might be a problem with 2012 Mac models only, specifically the ones with HD4000 graphics.

Update It appears the artifacts don't always show up immediately, requiring some reloads and/or closing/reopening tabs before they show up.

Update The issue is confirmed as not a WebKit bug, and has been filed as a bug at Apple (problem 12750455 by Simon Fraser). 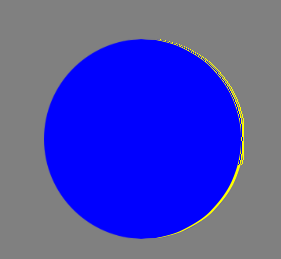 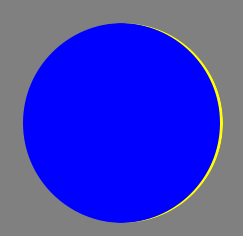 Links to the websites shown on the screenshots:

I can confirm this is a bug with the Intel Graphics 4000 GPU. I see the graphics artifacts on my 13" Retina MacBook Pro and not on my older MBP which has Mt. Lion and an Nvidia Geforce GPU.

I have first hand experience with this issue while trying to develop css buttons for websites...

I believe the artifacts can be reproduced by using the css3 border-radius in conjunction with a box-shadow. Though obviously it happens in many other circumstances as well. (Which I can confirm)

Here is a link to a bug report on webkit website (though I'm not sure it belongs there):

And the SO question it came from:

This is not Intel HD 4000 bug. I can see this bug only from Safari on Intel HD 4000. If i open page with (Opera, Chrome, Firefox) - i can not reproduce this bug

A quick fix to this problem is using a transform on the object with the border-radius or other damage causing property. That way you're forcing a redraw with the graphics card, and that removes the problem.

Apply the following property: -webkit-transform: translate3d(0,0,0); - And you should be fine.

Here are things I would do if you can't provide a link to something that is live on the internet for others to duplicate / suss out what's happening.

My macbook also has Intel HD4000, but also Nvidia GT 650M for the external display.

To eliminate all other possibilities but the graphics card (driver) I used a thunderbolt to dvi adapter to connect an external display on the Nvidia card.

Not the answer you're looking for? Browse other questions tagged macos safari graphics .

16
Disappearing Alerts - Notification Center not working as per Preference Settings
5
Safari doesn't remember tabs in Mountain Lion
3
Macports issues after Mountain Lion upgrade
1
Safari 6.0 Rendering problems
1
Is it possible to get Safari of Mountain Lion running on Lion?
5
Is there any way to use Safari 5.1's rendering engine for browser testing on OSX 10.8 (Mountain Lion)?
1
Boot into Safari-only mode in Mountain Lion?
3
Install Safari 7 from Mountain Lion
1
Safari not rendering web-page correctly