Why does the version of Java verified by Oracle differ from the version shown at the command line?

Why do versions differ?

Should we trust Oracle's verification routine?

In some cases, the version verified by Oracle is different from the version shown at the command line. 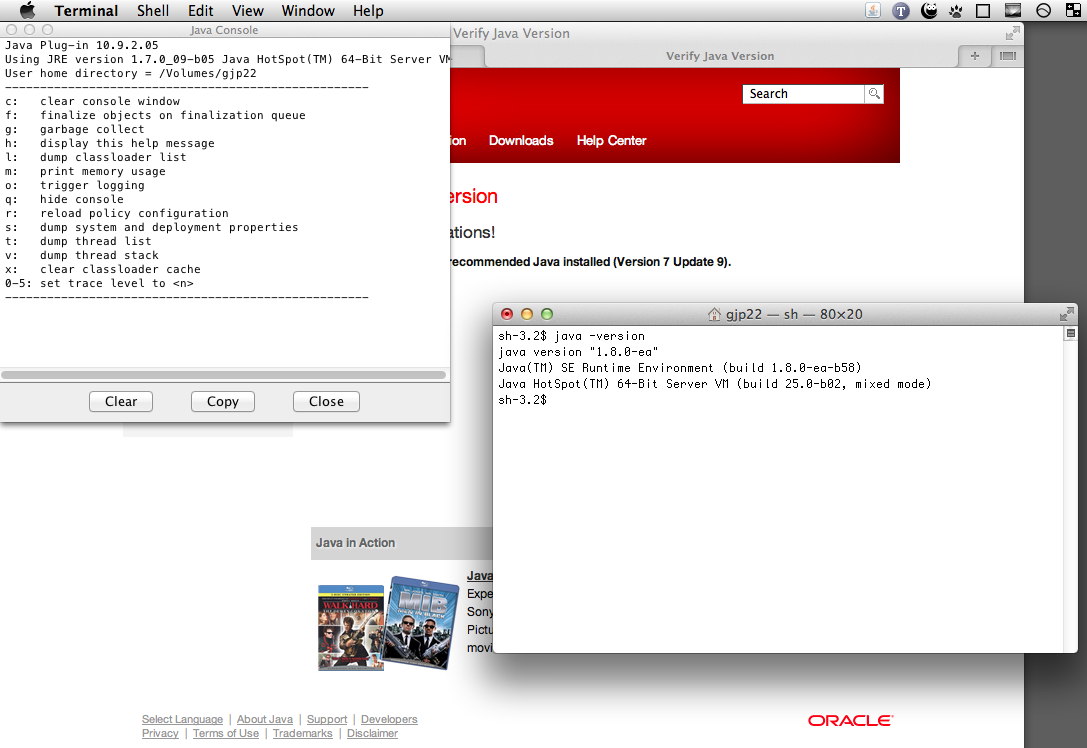 That example, in detail

According to Oracle in the browser:

According to the Java Console:

According to the java command: 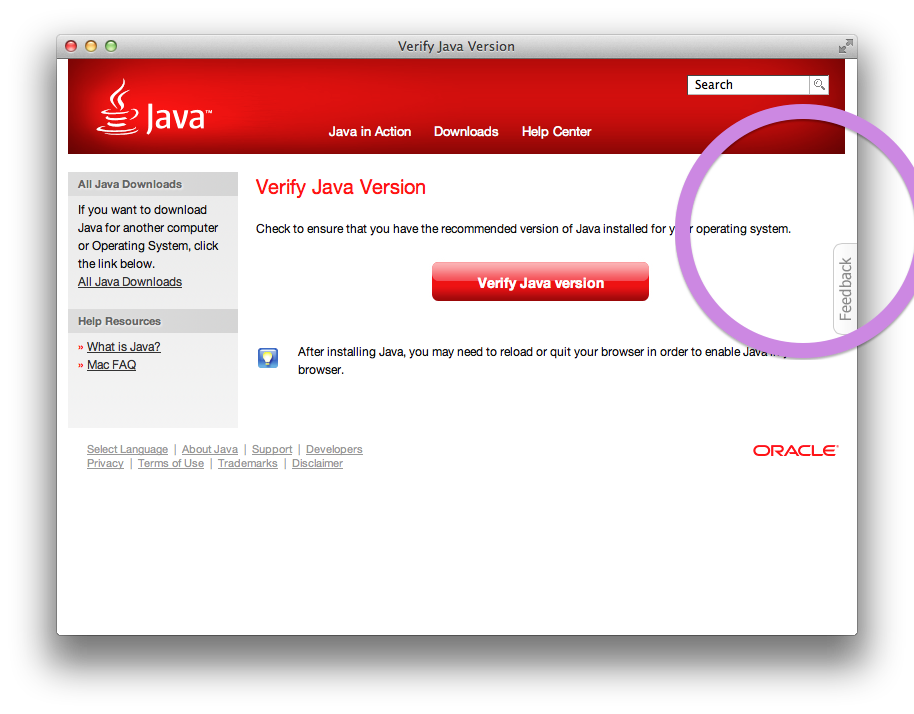 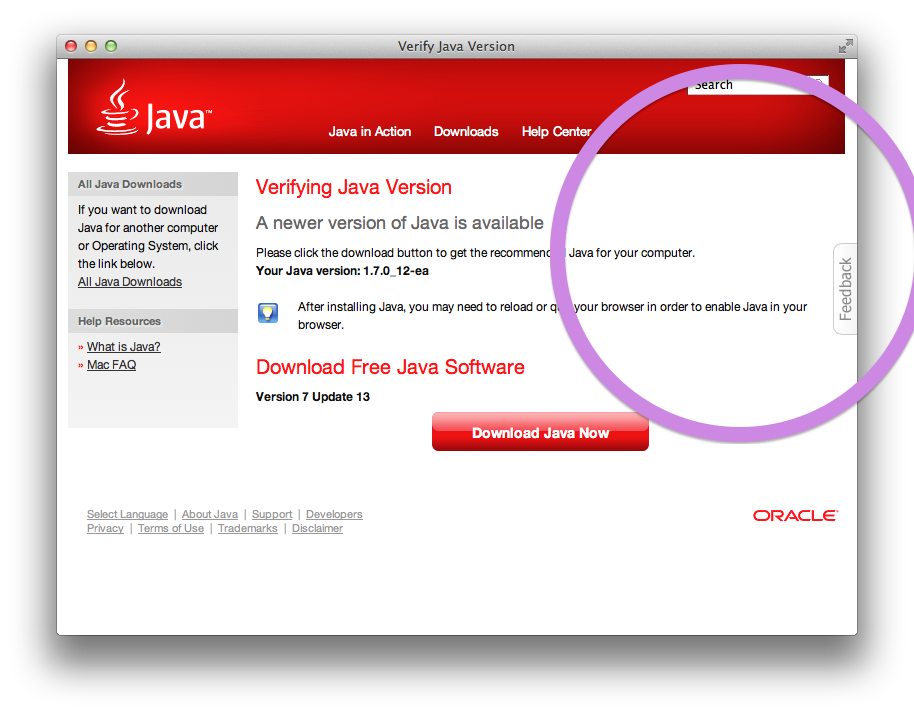 Where Oracle describes first Java for "your operating system" then "for your computer", the download is more accurately only for things that use the Internet plug-in:

On OS X: if you want a Java Runtime Environment (JRE) from Oracle to be like the JRE in the diagram below for both (a) things that use the Internet plug-in and (b) things that use Java without that plug-in:

Apple's distribution of Java is more than an Internet plug-in.

The Oracle routine pictured above leads to nothing more than a plug-in. Other parts of Apple's distribution are unaffected by Oracle's installer.

Installation of a JDK from Oracle will place a folder at the following path, overriding (not removing) the JDK from Apple:

Within each JDK there is a JRE. Please see the diagram below.

The Java Runtime (JRE) that you download from java.com or oracle.com contains a plugin to run Java content from your browser. In order to use the command line tools, you will need to download the Java Development Kit (JDK). The JRE and JDK are separate and can coexist on your system. Only one JRE can be installed on Mac OS X. There can be multiple JDKs installed on a system, as many as you wish.

The huge red button "Download Java Now" is too simplistic. Too many users, including some technical experts, are ultimately puzzled by the end result.

Where a Mac browser is detected by Oracle's server, one of the following phrases might be less misleading:

Oracle should offer some explanation in its Mac FAQ (Information and system requirements for installing and using Mac Java 7). The current undated edition of that page lacks an explanation.

Some users desire or require the JRE of the Internet plug-in to differ from the JRE used elsewhere. For these users, Oracle's effective separation of things may be welcomed.

In the diagram below, from that page, focus on: 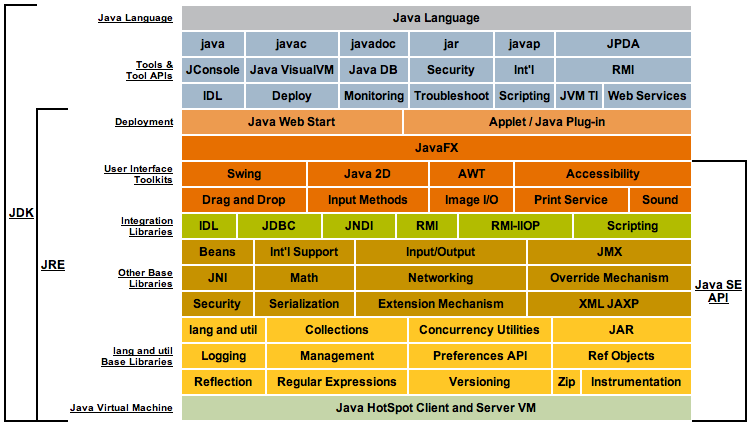 How can I switch between the two Java versions in Mountain Lion now that Java Preferences is gone?

Not the answer you're looking for? Browse other questions tagged macos java plugins .

27
I installed Oracle Java JDK 8 but java command line is still reporting it is version 7
4
Uninstalling Java 6 to replace with Java 8
0
Trouble updating to Java 8 JDK
32
How can I switch between the two Java versions in Mountain Lion now that Java Preferences is gone?
12
Yosemite keeps asking to install Java runtime, while it's installed
11
Mountain Lion 10.8.2, Java Preferences has disappeared
5
How to reinstall Java 6, for development for Android, on Mountain Lion?
5
How to properly install Java in OS X
2
Re-Enable Apple Java 6 SE from Command Line?