What doesn't get cloned to new hard drive in Super Duper?

I recently upgraded my 2010 Macbook Pro HDD to an SSD. I went from a 500GB HDD to a 512GB SSD (Crucial M4). I formatted the new SSD using Disk Utility into Mac OS X Journaled file system. I then used Super Duper to clone the original drive over by selecting "Backup - all files" from the dropdown.

I recall that the original drive had about 120GB of free space leftover on it. With my newly cloned drive, it states that there's 195GB free. I primarily used iStat Menus, to measure the amount of free space.

About 63GB of difference, taking into account the 12GB of increased storage already. It's actually probably closer to 70GB considering I've added some new files in usage recently.

What didn't get cloned over to the new drive in this approximate 60-70GB?

Everything boots up and runs just fine. There just seems to be some kind of discrepancy of what was reported as free before and currently.

Some things to consider:

When you select the SuperDuper script / copy mode, you can change the scripts, that SuperDuper will run during the copy process.

As you can see, a couple of files are omitted: 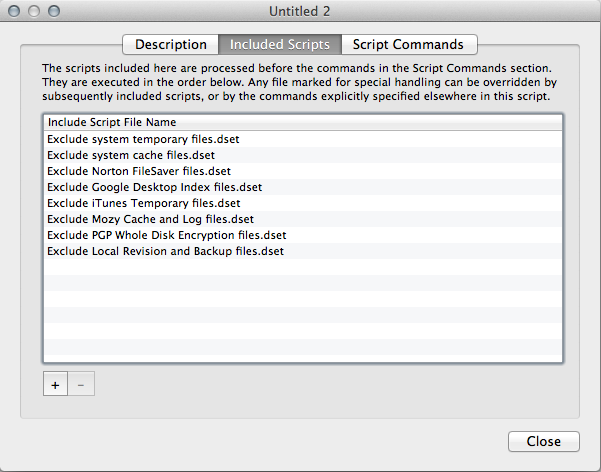 So the temporary and cache files, etc. may have taken quite some space on your old disk. Some other possible reasons could be:

Not the answer you're looking for? Browse other questions tagged macbook-pro hard-drive ssd superduper .

8
Upgraded my HDD to SDD. Can boot successfully via USB but will not boot when in MBP
3
Is there a way to change order of physical disks in Corestorage
1
Issues putting a hard drive in the optical bay of my early 2011 MacBook Pro
1
Can I use electrical tape instead of the plastic tab when replacing my hard-drive?
2
Partition cloned disk
1
I upgraded to macOS Sierra. Now my disk utility doesn't show what types of files are taking up space
4
50GB of disk space missing
1
"df -h" is showing about 1/2 "Available" disk that the "Disk Utility" shows for same internal SSD. Which is correct?