I was running the Tweetbot for Mac Beta, and still had it installed when I installed the full release from the Mac App Store.

Now I have 2 entries in my preferences for Notification Center, and I don't know which is which. I have removed the Beta application, and only have the real thing installed, but oddly whereas the Beta had the 'Egg" icon rather than the bird, both set of preferences use the bird icon.

Where does this preference pane get it's information about installed applications? How can I remove an app from the list? 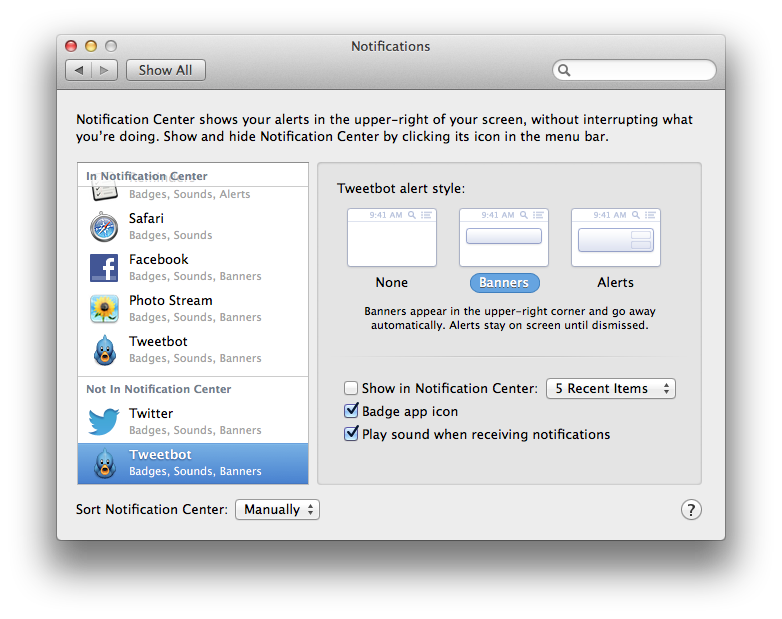 Open terminal and run this command:

Or, if you have OnyX utility app, go to "Maintenance" > "Rebuild" > check on "LaunchServices" (leave the other options unchecked) > execute

Not the answer you're looking for? Browse other questions tagged macos preferences notifications .