Why did my iPhone's GPS tracking get so bad?

I started using the Nike+ GPS app on my iPhone 4 (not 4s) to track my running in summer 2011. The GPS measurement of runs was pretty consistent: runs on the same course would vary as much as a tenth of a mile from run to run, but I know GPS is not always as accurate as it is precise, so that doesn't bother me.

Sometime in September of this year (2012) the accuracy of my run tracking went way down. I had a few where the distance was under-measured by as much as 50%. I thought it might have been Nike+, but I installed Strava Run and had another run massively over-measured. Last weekend a 6-mile run (measured using gmap-pedometer.com) was measured as 0.17 miles on Nike+. (The Nike+ app, to its credit, has been regularly warning me that the GPS signal is "weak", so even it is dubious about the quality of its data.)

However, in non-running applications, location services seem to be just fine. Maps places me in the right place. Weather apps (Dark Sky is my best example) know exactly where I am. Are they using something else to get my location? Reading this question and this one make me think this could be a hardware problem, but the inconsistency between apps puzzles me.

ETA: I have not yet installed the iOS 6 update, so this is still iOS 5.

I regularly experienced similar problems with RunKeeper on my iPhone 4S where distance was over-measured. When reviewing the plotted map of my run I could see the coordinates jumping a bit erratically from one point to the other, accounting for the extra distance, and this for entire outdoor runs, not just sporadicly on spots with bad GPS reception. 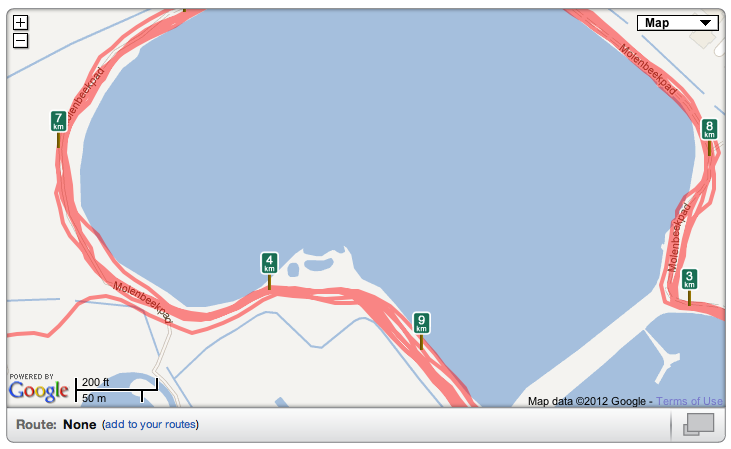 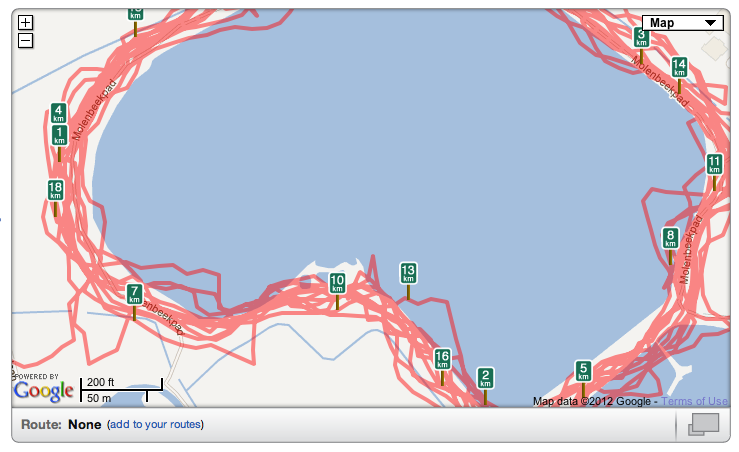 While I cannot give a definitive answer as to why this problem occurs, and why the iPhone seems to get stuck in this bugged state when it does, completely rebooting the iPhone (and possibly additionally toggling Flight Mode to reboot the antennas as well) seemed to always resolve it for a few days or even weeks.

On a sidenote, since I upgraded to my iPhone5 (with iOS 6 ofcourse), the problem has not presented itself again so far. Perhaps the problem was fixed in either iOS or in the hardware meanwhile.

7
Did Apple degrade the accuracy of the iPhone 4S GPS compared to the iPhone 4
4
iPhone: how to see if GPS is working

23
Why does GPS on the iPhone use so much power?
0
What's the difference between iPad's a-GPS and iPhone's GPS?
1
How to switch off the GPS (but not disable location tracking) on an iPhone?
7
Did Apple degrade the accuracy of the iPhone 4S GPS compared to the iPhone 4
0
How can I get the Navionics App for iphone to utilise a third party gps
6
Why do only some images received via iMessage have GPS data?
0
Is iPad Pro's GPS supposed to be not as accurate as iPhone's GPS?
8
Get the GPS coordinates of a photo in Mac Photos.app