Messages.app asks for iChat every time I open it

Every time I open up Messages, it asks me to locate iChat. This is on a new machine that I migrated from an old one on Lion and then upgraded to Mt. Lion. I don't have iChat on this machine any more, as far as I can tell. How do I stop it from prompting me? (It seems to happen only after a restart.) 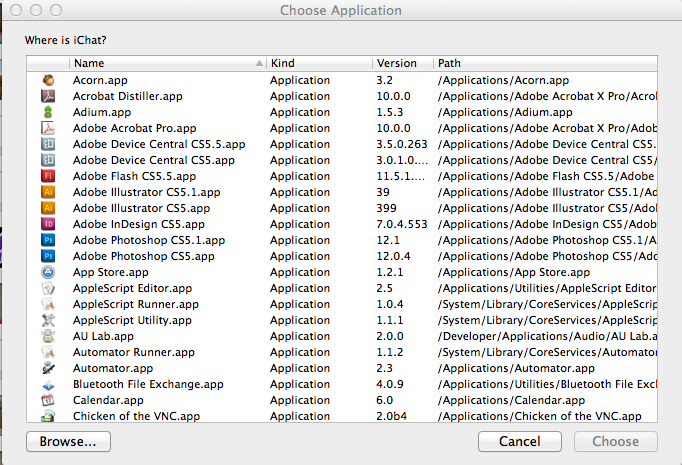 (I haven't upgraded to Mountain Lion myself, but my understanding is that Messages has subsumed iChat.) That looks like the AppleScript find-the-application-named-in-the-script dialog. Do you perhaps have something that somehow runs a script when you launch Messages? If so, find that script and edit it to refer to application "Messages" instead of application "iChat" if that works, or remove it entirely.

2
iChat keeps silently going offline
3
Why does iChat launch itself whenever I wake my monitors?
3
Is the current version of Messages beta stable enough to use day to day?
2
ML Messages not connecting automatically to some accounts
7
How to reset Messages application settings in Mountain Lion?
4
How to "merge" my Messages transcripts in OSX?
1
Messages goes unresponsive a couple of seconds after launching - any fix?
8
permanently stop iPhone text messages from appearing on my iMac