How to stream Spotify from iPad to receiver?

I would like to get some answers on how I can stream music from Spotify on my iPad to my home-cinema receiver.

Exactly what hardware do I need to invest in?

You can use an Airport Express router or an Apple TV:

Play iTunes music on your speakers. Wirelessly. AirPlay takes the music from the iTunes library on your computer, iPhone, iPad, or iPod touch and sends it wirelessly to any stereo or speakers in your home. Simply connect your speakers to AirPort Express using an audio cable (sold separately). Then, using iTunes on your computer or the Music app on your iOS device, choose which speakers you want your music to play on. If you have more than one AirPort Express connected to speakers, you can play the same music from iTunes on your Mac or PC on all your speakers at the same time. Already have a Wi-Fi network in place? Use AirPort Express to add music streaming to its capabilities and create a whole-house musical experience.

Basically, play your track on Spotify, go full screen which reveals the sharing options, and from there you can pick your Airport Express which should be cabled to whatever AUX-in inputs your amp/receiver has.

The following pic' shows me doing something similar to an AppleTV (I don't own an airport express but the process is is essentially the same thing). 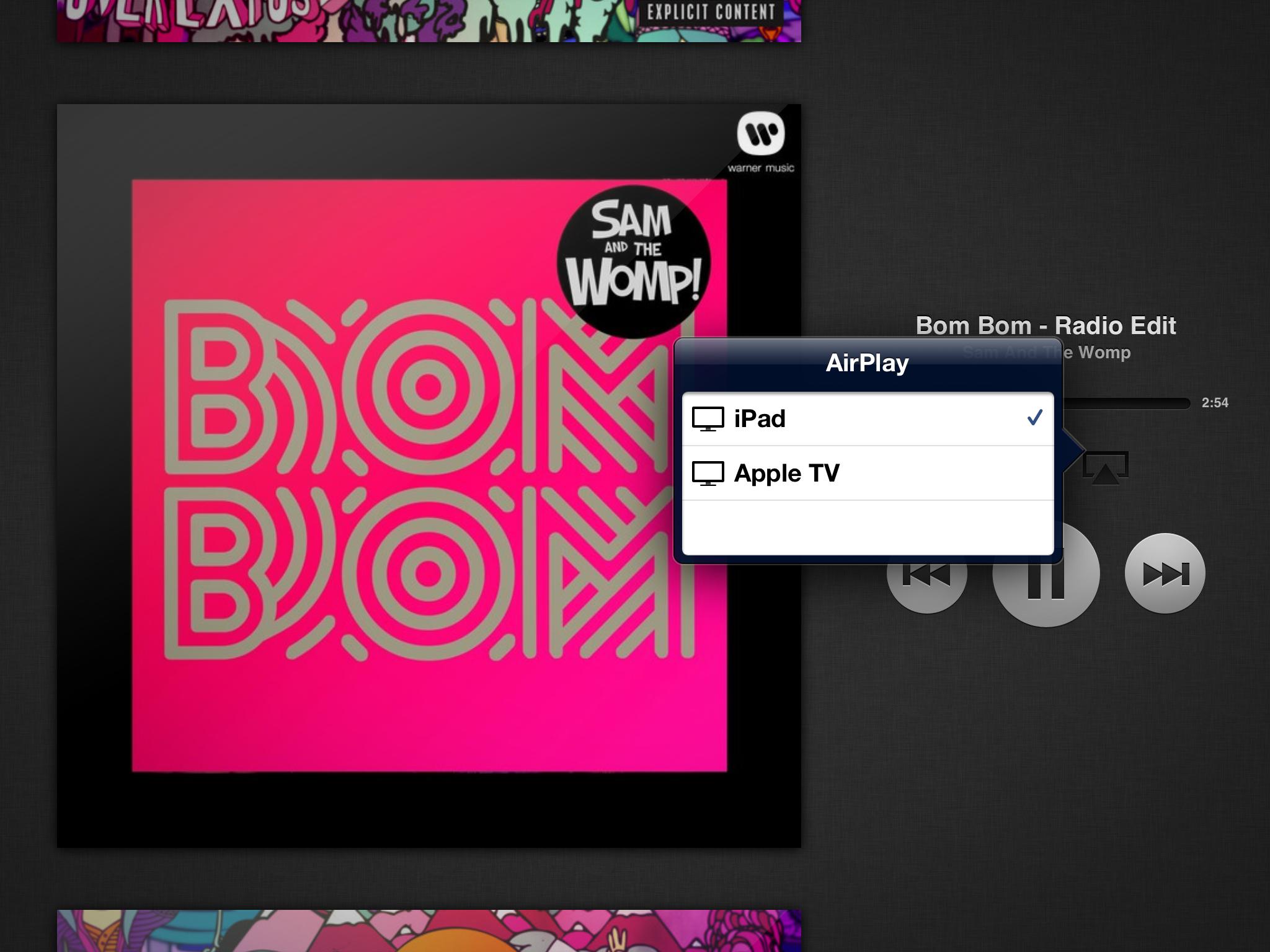 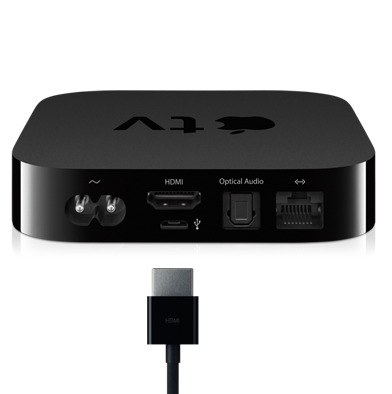 The iPhone version of Spotify doesn't have a full screen mode, but hit the i for info screen and it's next to the volume slider in the bottom right - easy to miss.

Not the answer you're looking for? Browse other questions tagged ipad hardware music .

1
Stream iPad audio to other devices?
1
How to push streamed music from iPad to TV
1
Stream photos from iTunes to iPad
0
Stream iTunes to iPad
0
import music from my ipad
0
Automatically play Spotify when headphones are plugged in
0
How can I online stream from my iPad Air to an older model Viera TV without Apple TV?