How to input accented characters to an OS running in a VM?

I have a MacBook Pro with English (US) keyboard layout. I usually hold the right-alt (option) key, and press E to activate the accented vowel insertion (it shows a placeholder where the accented letter—á/Á, é/É, í/Í, ó/Ó, ú/Ú—would appear), and after pressing the corresponding vowel it will be inserted in place. Similar procedure using the N key to insert the ñ/Ñ characters.

Everything fine until here.

The problem is when I have to run a Linux OS on a Virtual Machine (VirtualBox) on the Mac. I don't have the ´ character on the physical keyboard, and the right-alt (option) key doesn't have the same effect as in Mac OS.

The question here is, if there's a way to insert international (or at least accented vowels, which are the ones I mostly use) characters from the physical keyboard of the Mac, to the guest OS in the VirtualBox?

You can simply change the keyboard layout in Ubuntu without any changes to OS X: 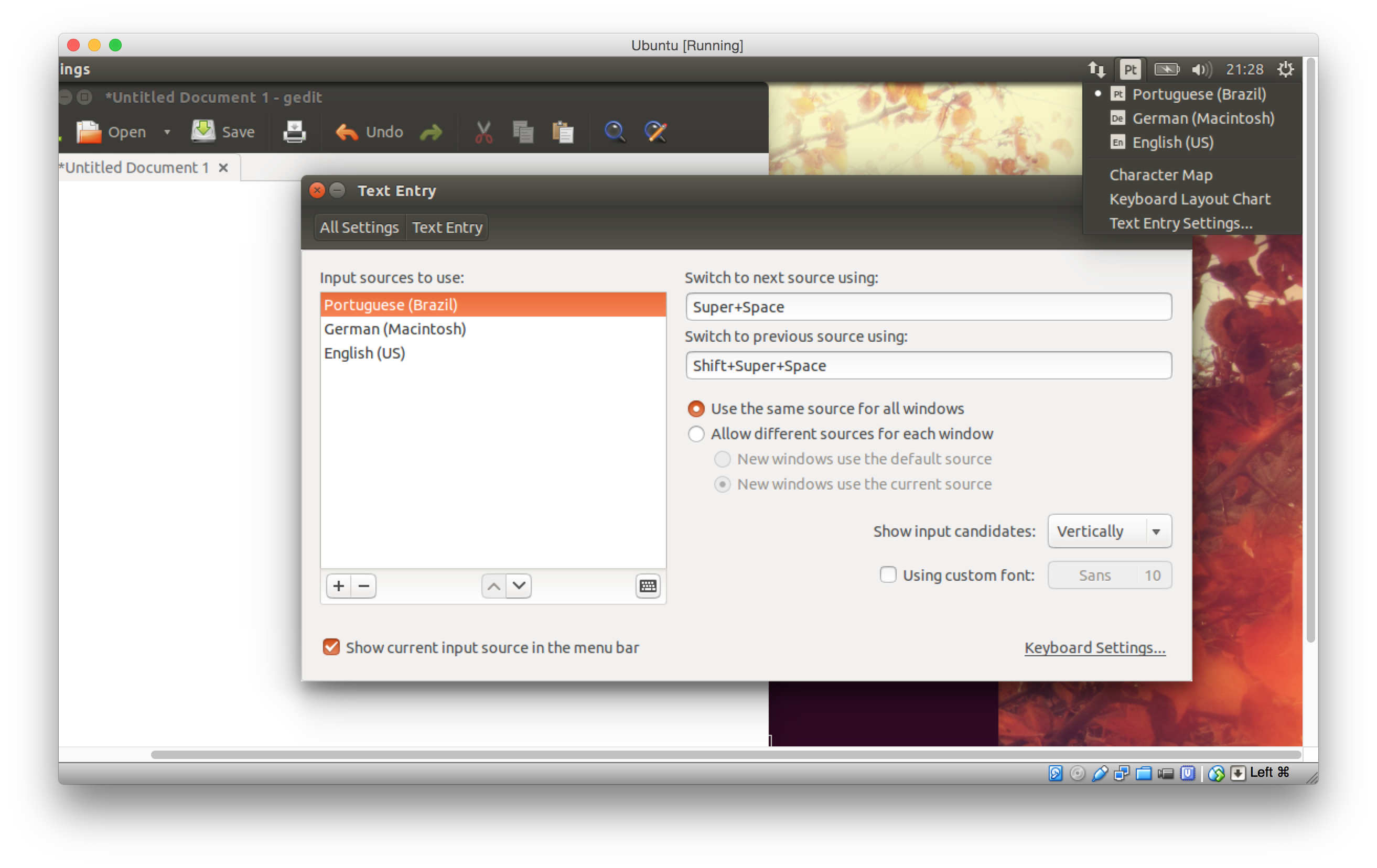 Then you can type like you would do on your Latin American keyboard.

Not the answer you're looking for? Browse other questions tagged unix virtualbox keyboard input-source .