What software can add a Windows-like taskbar to the Mac OS?

Ask Question
Asked 7 years, 5 months ago
Active 4 years, 2 months ago
Viewed 33k times
9
votes
Locked. This question and its answers are locked because the question is off-topic but has historical significance. It is not currently accepting new answers or interactions.

What's the best Windows-like taskbar for a Mac?

Philip, believe me, it is much better spending some time to learn (and settle in) with OS X style of work than looking some Windows taskbar solution.

Assuming that you have a new OS X notebook, you probably have multitouch trackpad too, so try the following:

Later you will set direct opposites, (automatic scroll bars, jump on the clicked spot) but for the switchers the above is good for a start. 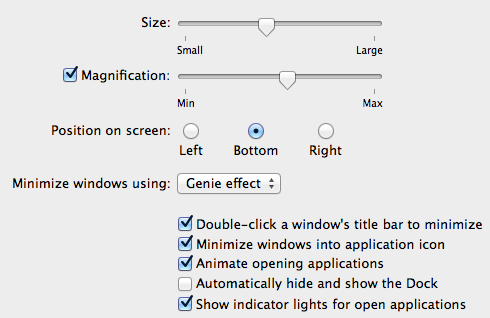 The minimize-windows-into-application icon will partially simulate the Windows taskbar, so you will get: 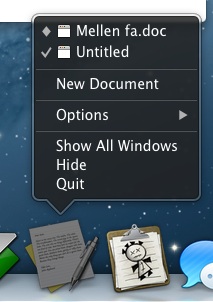 where you can clearly see than the "doc" file is minimized into the app-icon and the untitled is opened.

Third: setup full trackpad gestures - click every checkbox on Trackpad preferences. Take some time to learn 3-finger and 4-finger gestures, especially "swipe 4 finger up/down" and move drag with "3-fingers" (instead of click & drag). This is very not-windows-like, but later will thanks to settle in with this.

After a while you will learn to use it automatically, and will find than you don't need a Taskbar. (Because of "Mission control", "Application windows" and "Show desktop" swipes,)

In the "Mission control" uncheck "Show dashboard as space" - left-bottom corner will show to you the Dashboard when needed.

The hot corners will help when you don't want use "swipes". The bottom two corners (around the dock) are for the "applications" (Launch Pad & Dashboard), the upper two corners are for "windows" (Current app-windows and Mission control)

The above is my 2cents - maybe someone will suggest better setup - from my experience the above helps my "switchers friends" greatly.

Because of commnents I want clarify some things. At time of the question, was not here really usable software what behaves exactly as windows taskbar.

Therefore I tried answer with a setup, what should help switchers as much is possible.

It is not easy to have windows-like taskbar - here are several points:

1.) The taskbar's notification area (commonly referred as systray). In the OS X the top menubar is the place where are placed the notification icons like, date, battery and so on. Moving them to some taskbar like sw is probably not easy.

2.) Taskbar's start-menu. With the above hot-corners setup, the "bottom left" corner is the "Lanuchpad", from where the user can launch any installed application. (Can group applications into categories and/or pages.) It is similar (only similar - not the same) as windows start menu.

3.) Some actions, (what are in the windowsish start menu) in the OS X are in the apple menu, like: shutdown, sleep, logout.

Soo, if for someone the above sounds as "opinion", sorry for this, but it is not true. I tried (again, only tried) to suggest a solution (with a setup) what should help switchers. A half year later as i wrote my original answer @Krav added the iTaskbar. Feel free to use it. :)

Dock is the alternative for taskbar. Once you have Dock visible all the time (default), all the windows will use the remaining spaces.

I assume you are new to mac. I suggest to go through Dock 101 article from Apple. You can also refer Switch 101 - On Windows, I used to...

palanirajapalaniraja
65477 silver badges1616 bronze badges
add a comment  |
6
votes
Want to improve this post? Provide detailed answers to this question, including citations and an explanation of why your answer is correct. Answers without enough detail may be edited or deleted.

There is now one. Check out iTaskbar :)

I'm affiliated to the product, but at the moment it's the only product in the category. To create a taskbar on OS X is not as trivial as on other operating systems. ;) 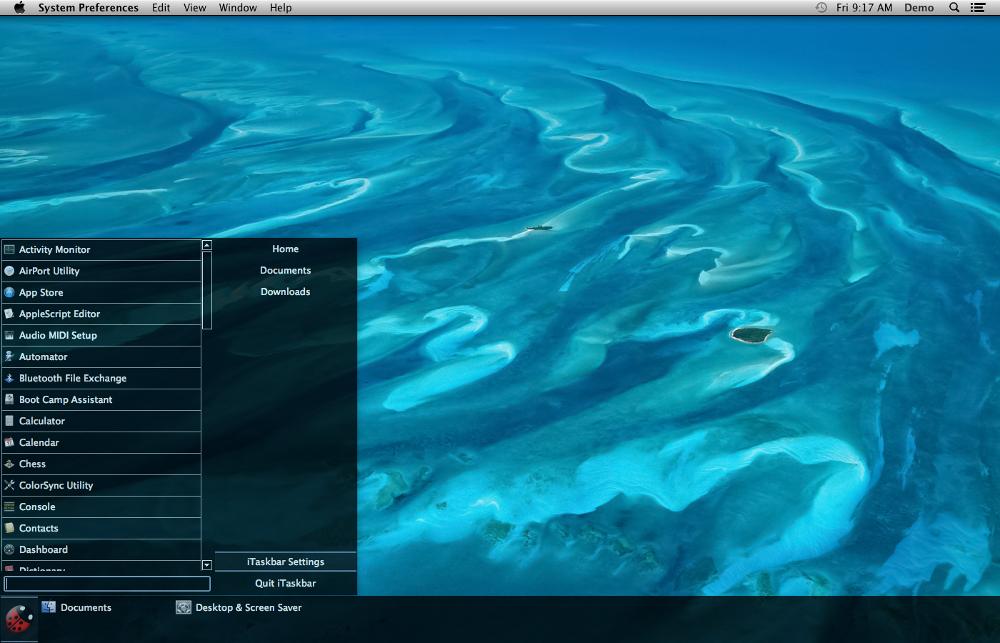 We hope it will be helpful to all those people who, just like us, need a taskbar to work efficiently.

Philip, I would recommend you follow jm666 setup as per answer (above).

If you definitely need something that approximates a Windows-like taskbar, I would go with something like Hyperdock :

To come down firmly on one side of the Windows vs. OS X debate is somewhat missing the point. There are always going to be things that one OS does better than the other. Utilities like HyperDock give you the best of both worlds, and what I like best about this app is that it works seamlessly, without the flaky unpredictability that I associate with Windows UI enhancements that I have tried in the past.

I developed uBar, which is a taskbar for OS X. It is very well maintained and while it is a Windows-style taskbar it follows the OS X aesthetic which is important. Feel free to check it out, I hope you'll enjoy it. 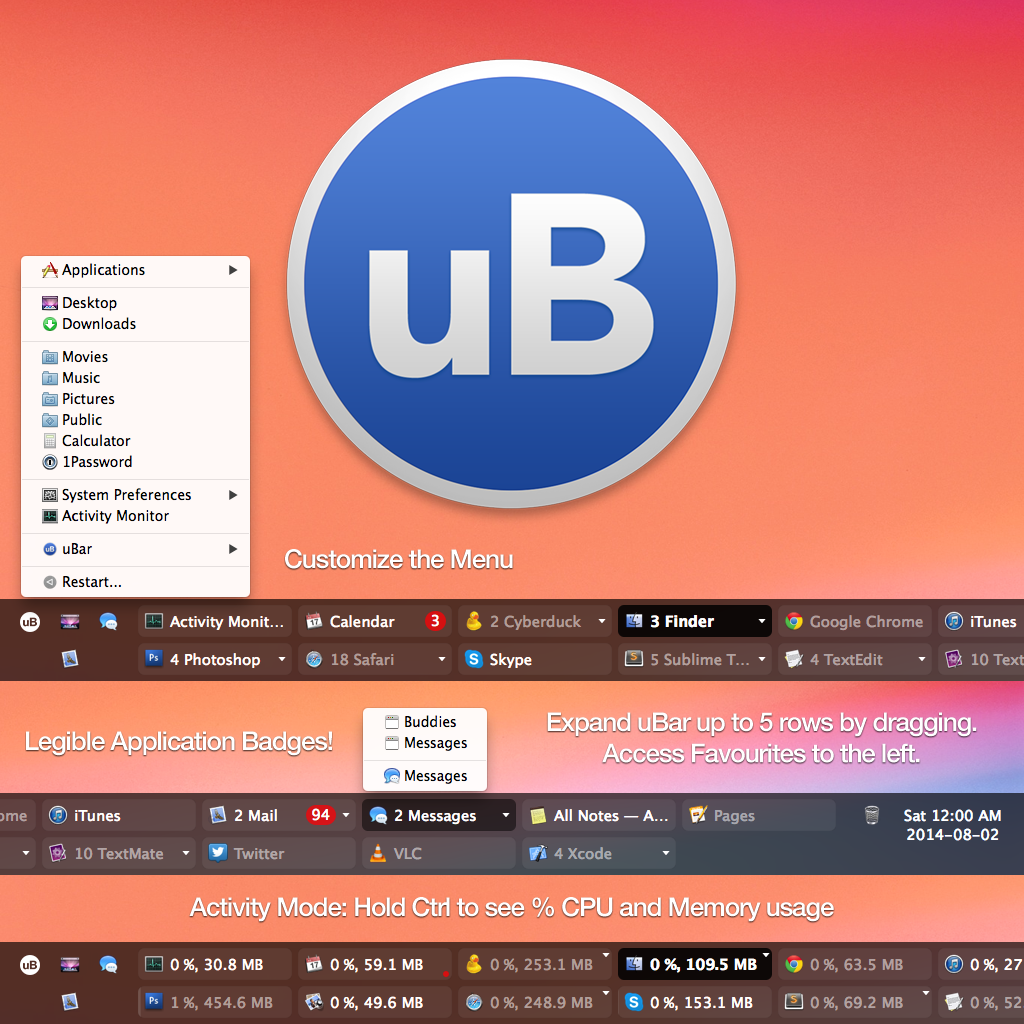 Not the answer you're looking for? Browse other questions tagged macos mac windows-taskbar .

344
What Window Management Options exist for OS X?
10
Windows-style taskbar functionality in OS X?
3
Avoiding maximized windows to overlap with the uBar's taskbar
1
Multi-column application list on uBar
1
Preventing uBar from opening folders when clicking on a non-leaf element of the start menu

0
Showing the taskbar in Parallels Coherence mode
3
Boot Camp Windows 7 Taskbar overlapping maximized windows
10
Windows-style taskbar functionality in OS X?
3
Is it possible to drag the Dock around the screen?
1
Can I get a Windows XP-like application taskbar in OS X?
1
Removing the taskbar transparency in uBar
3
Avoiding maximized windows to overlap with the uBar's taskbar
4
Start menu + taskbar for Mac OS X