I've been reading several articles on the Internet how to "optimize your Mac with an SSD". I'm not sure whether or not to agree with the articles because I think that Apple knows what's the best settings for a computer with an SSD drive. My question is: should I be worried about disabling hibernate to "save" my SSD from wear?

I also heard that the user's home folder (as well as the Application folder, and temporary items) be stored on a RAM disk/spinning hard drive to improve the life of the SSD. I personally think this is a bit overkill, because I don't see why Apple would sell SSDs if people had to do all of this extra configuration.

Edit: here is a seven year update using my SSD as normal, including hiberation on, and using my SSD as a temporary storage location for backing up my 2TB and 4TB hard-drives, anti-virus on, installing hundreds and hundreds of apps (and then uninstalling them), running countless virtual machines, and finding out later that a malfunctioning internet radio app wrote 1TB to my SSD over a year. I did not baby it at all; I just used it as normal: 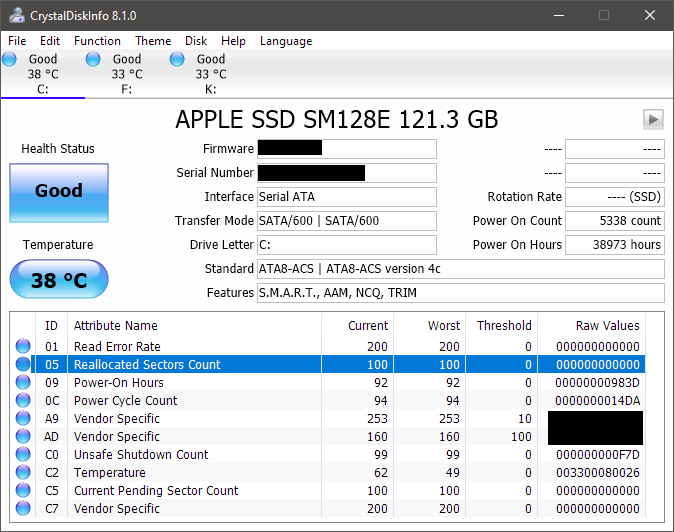 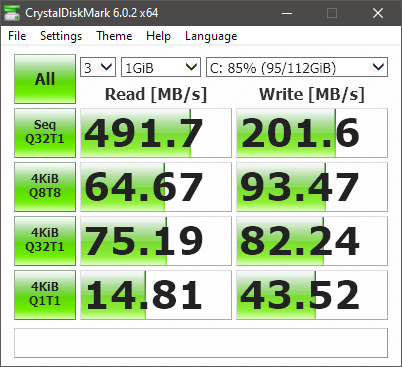 Additionally, I had it partitioned into 64GB/64GB, with only one partition being actively used (Windows) for two years. I then unpartitioned it a couple of years later. Given that this is a bad scenario in terms of wear (was not able to spread it across the other unused 64GB), it has aged fairly well. There are 100 re-allocated sectors, but if each sector is 512kb, then that's 5mb that I can't use, which isn't too bad.

That’s just paranoia. Hibernate mode is perfectly healthy for an SSD. A SSD will last about 2-4 years of continuous writes. This means the time for which the SSD is powered. I have a 4 year old computer and its HD has been powered for 1.5 years (according to disk utility). Your SSD can definitely last a longer time.

Although this is an old question, I would like to update it with my answer because it is still relevant to me.

I actually prefer SmartSleep. Using this little app gives you the best of both worlds. When you sleep your Mac (close the lid), SmartSleep will decide based on your remaining battery capacity whether to write the hibernation image or not. This is useful, because if you ever find yourself in a tricky situation, where your battery runs out, you will not loose your data.

I have been using SmartSleep ever since I had a SSD (2-3 years now) and really appreciate it. It also offers some nice shortcuts, like caffeinate or instant hibernation.

12
How long will an Apple SSD last?
4
Is it bad or unhealthy to put my Mac to sleep?
3
SSD lifetime, hibernation, and mobile TM
1
On/Off vs. Sleep Mode