Does anyone know of a way to create a Contact list with a defined amount of contacts? They can be dummy entries, but I just need to create an address book with > 2000 entries. An Automator script is what I have in mind, but I'm not sure how to go about this.

I apologize if this is in the wrong place. Was considering SU or SE, but figured I'd start here.

An Applescript can bulk-create OS X address book entries, which you can then import to your iPhone. I made up a basic one for you:

Open AppleScript Editor (in your Applications/Utilities/ folder) and paste that in to a new script. As is, it will make you 5 numbered contacts like so: 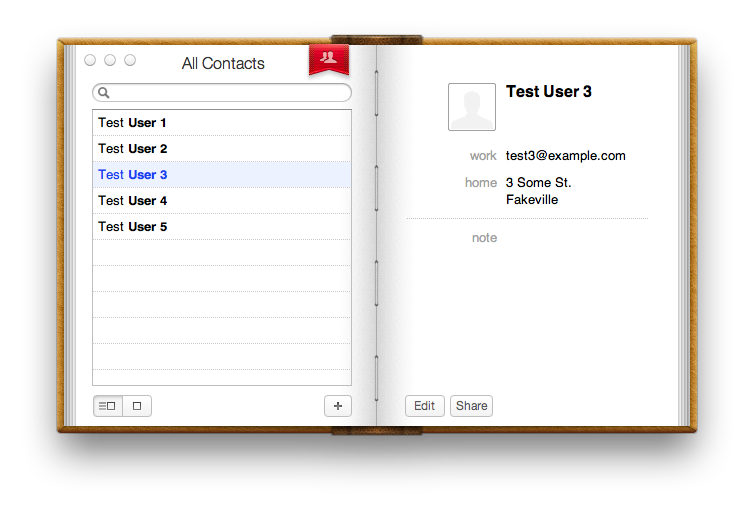 You can change the number in the set numberOfEntries to "5" as integer line to however many you need, and change the data if you wish. If you need other fields (like phone numbers), ask and I can show you how.

I went a bit overboard and made a version that comes up with nicer names. I took the 20 most popular male and female names, 40 most popular last names, and added a middle initial, so you get a pretty low chance of duplicates (a bit under 5% in a set of 2000, by my math) without the goofy looking numbered contacts.

It also adds all the contacts to a group ("Test Group") so you can pick out all the dummy ones easily if you're adding to an existing address book and want to clean it up later.

Edit: I also changed it to prompt for how many items to create, so it's not necessary to edit the code.

Here's what it generates: 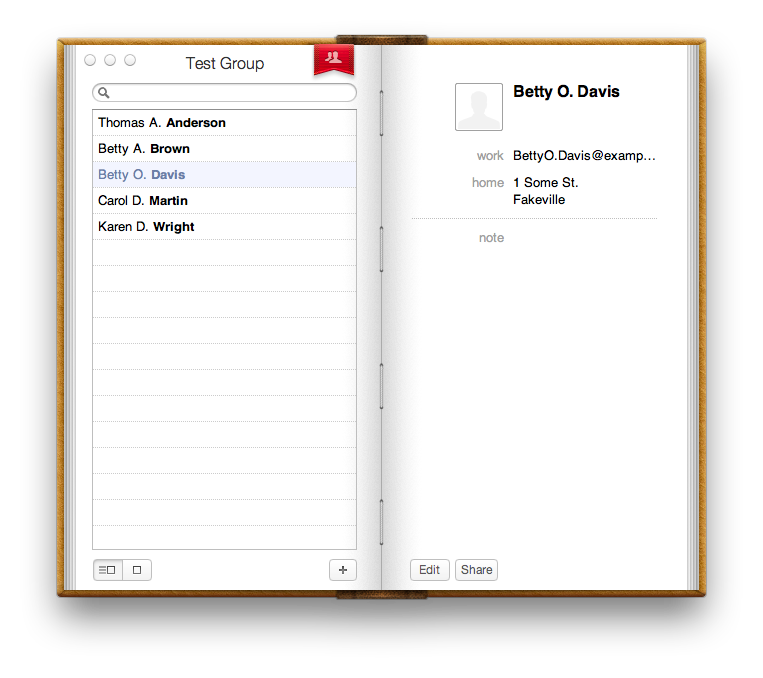 I have used Rob's code in shorter form to create an Automator Service that lets you right-click on an email and create a contact: 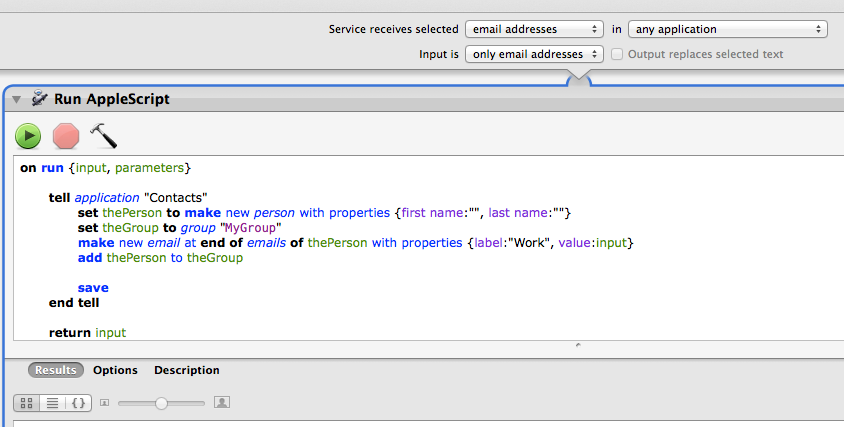 Thanks very much Rob - you've saved me hours and hours of work :-)

Not the answer you're looking for? Browse other questions tagged iphone automator contacts .