What does “[Update Needed]” mean when attempting to boot from an encrypted backup?

When I attempt to boot from an external drive that is an encrypted SuperDuper! mirror of my internal hard drive, I get a login screen that's missing my account an instead has an account called "[Update Needed]", with no user picture.

I understand that this is a known issue with FileVault, but it is not clear from what I've read whether it is necessary to do anything about this, or if it can just be ignored (after all, the disk is a backup, and the source seems fine).

Can I just ignore this and deal with it when and if I need to use the backup? Is this a sign of problems on the source drive that just aren't showing symptoms there yet (that drive is not, yet, encrypted)?

This may also appear on an Apple_Boot slice (partition) that is not updated according to the list of users who are enabled for FileVault 2.

Visualising changes to an Apple_Boot slice

This first screenshot, from Mountain Lion, shows changes to the file system after using the Startup Disk pane of System Preferences – without a change of preference. 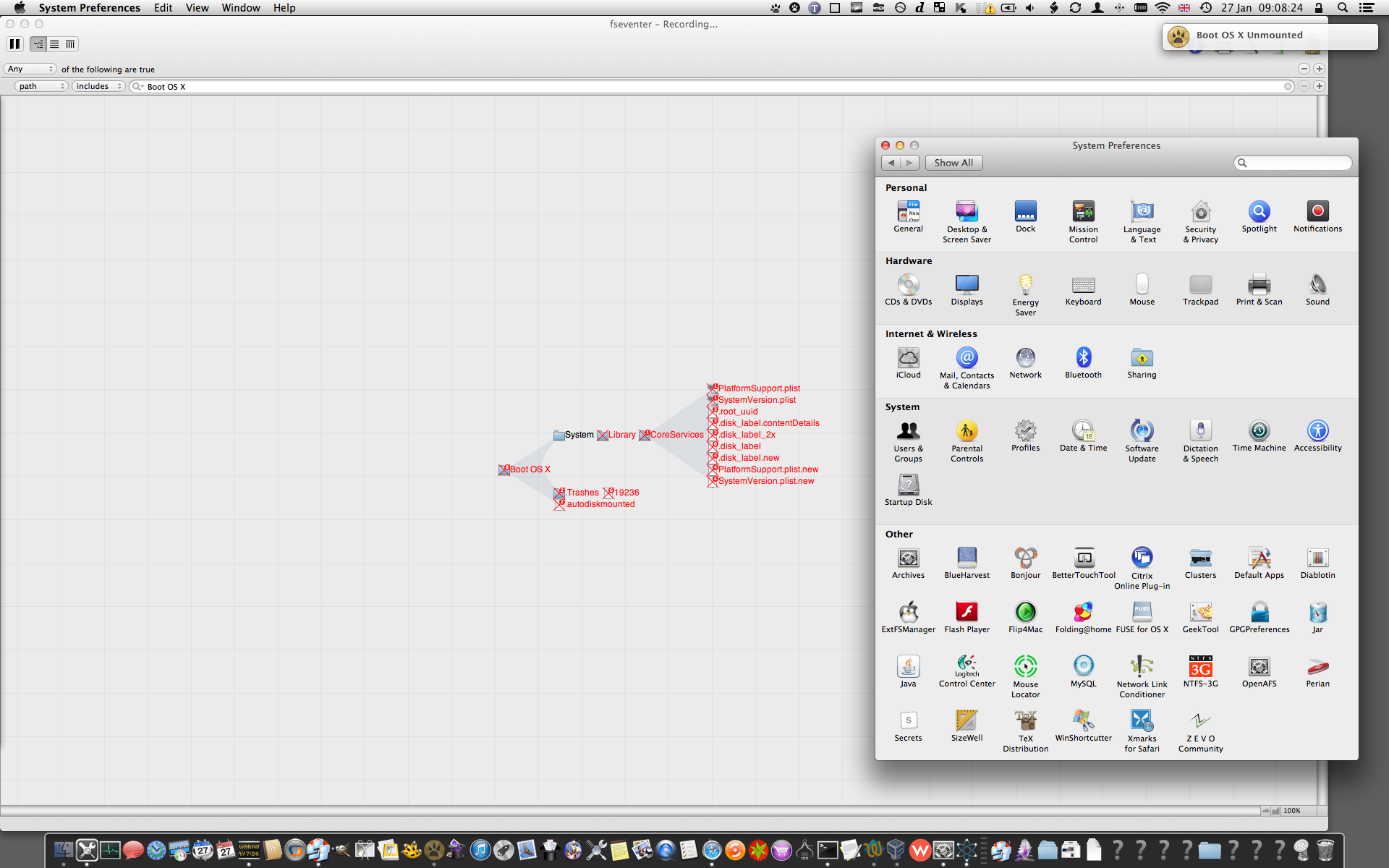 The two shots below are more relevant. Additional changes to the file system after using the Security & Privacy pane, to enable unlocking by an existing user who was previously without that ability: 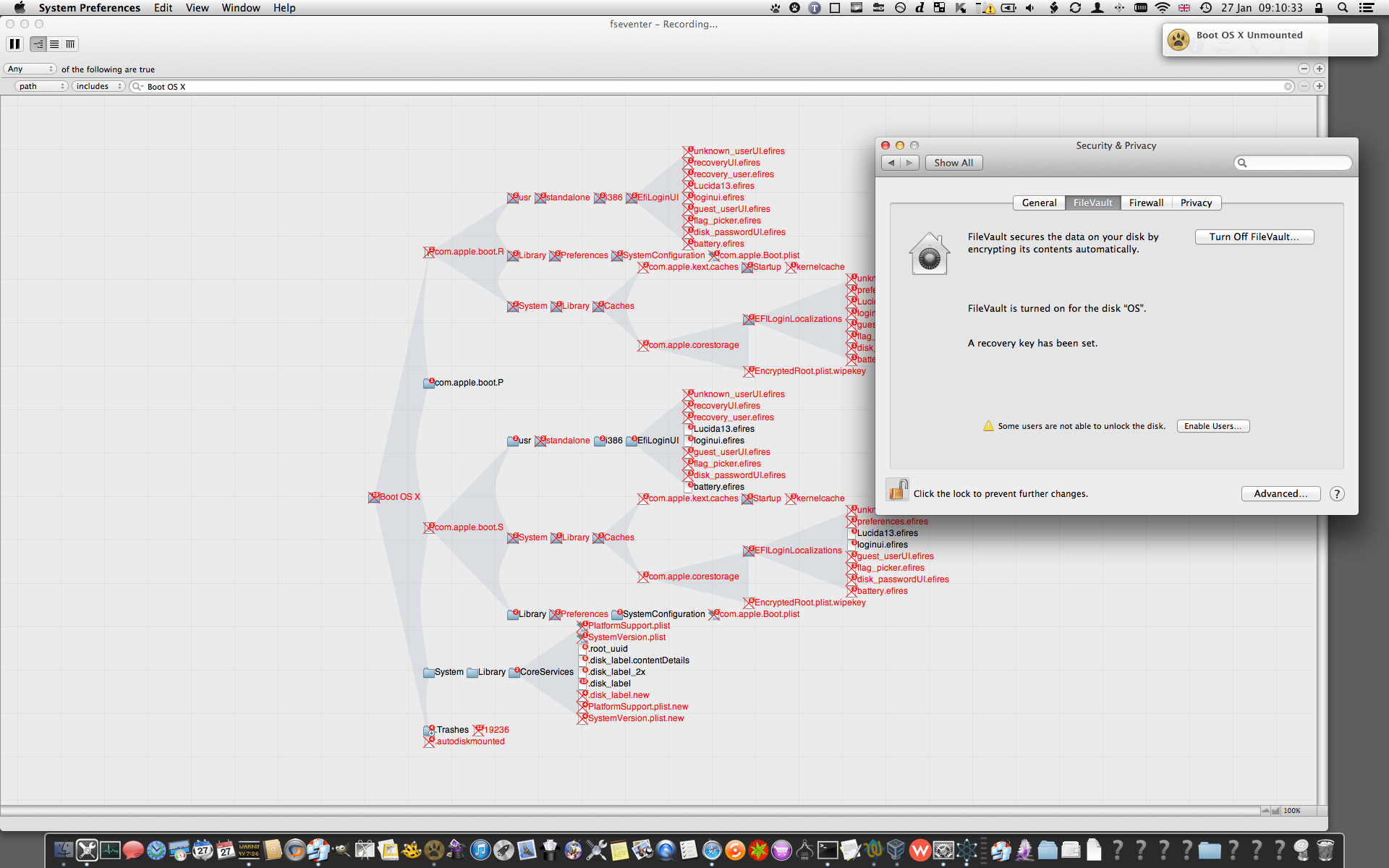 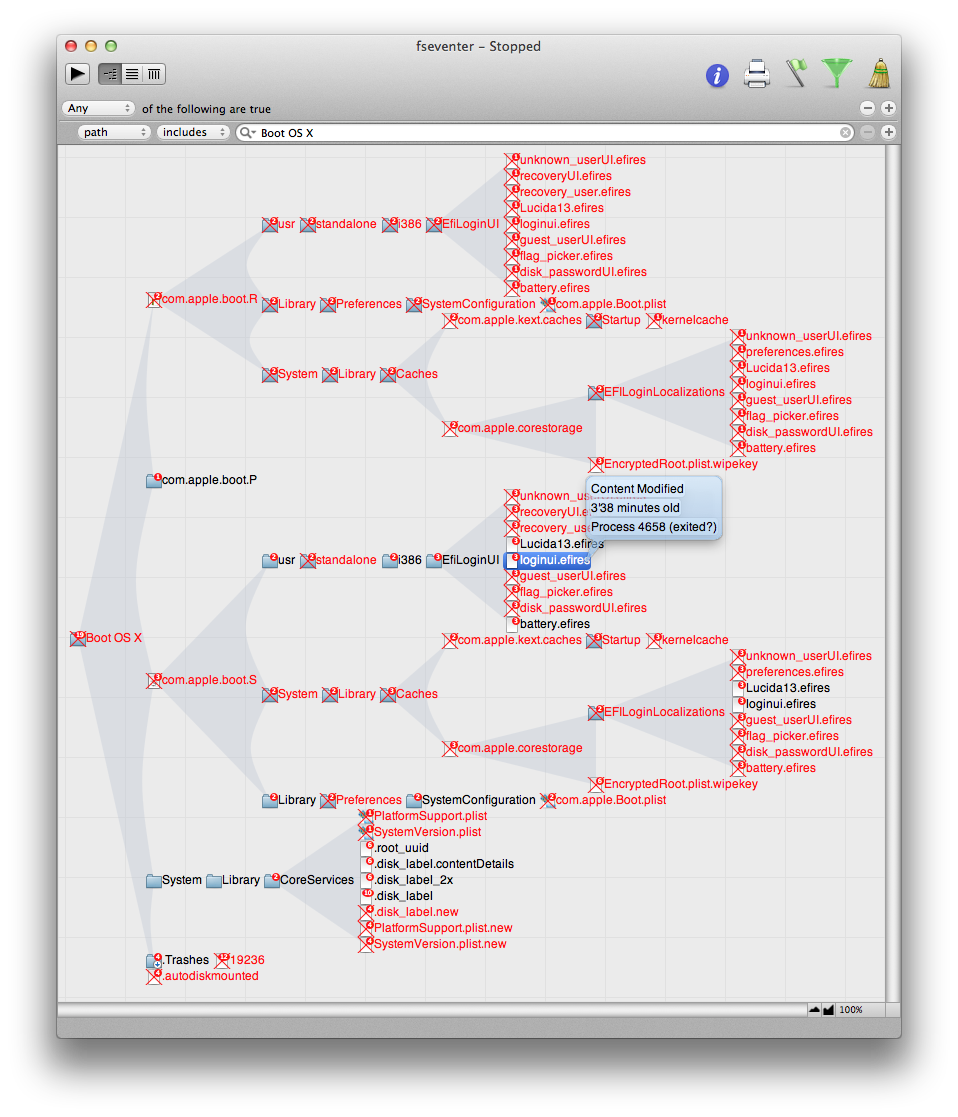 There, most changes were probably made by corestoragehelperd and/or a related process.

SuperDuper! backups to an encrypted logical volume (LV), and booting

I guess that SuperDuper! does not write – to a non-encrypted area – what's required for EfiLoginUI to present a recognisable list of named users.

Time Machine backups to an encrypted LV, and booting

When EfiLoginUI prompts for a passphrase:

Without that LV, I don't know which area of a disk is used for EfiLoginUI to present its dialogue, but generally …

Defocusing from SuperDuper! and from Time Machine

This answer may help readers to understand what occurs when updates are made to the parts of a file system that will be used by EfiLoginUI.

In some cases, interaction with the [Update Needed] interface may present a password hint:

The user Graphics resources appears to be invalid

A photograph of Lion: 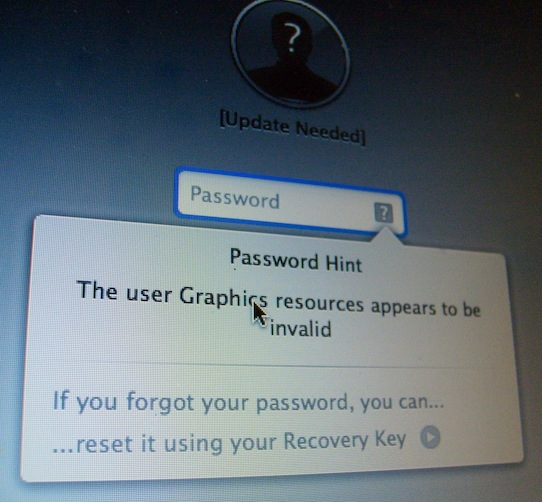 If you're booting from an encrypted external hard disk, this is the prompt for the FileVault password.

Not the answer you're looking for? Browse other questions tagged login filevault superduper .