How to assign different ReFit icons for multiple Mac partitions?

I have 2 different OS X partitions on my Mac. I use ReFit to boot them.

But since they're both the same OS, it shows the same icon for both of them, which isn't their disk icon that I can change.

Is there a way to use a specific icon for each partition? Or is there an alternative to ReFit that will let me do this?

(Disclaimer: I haven't tried this personally.)

If I'm understanding this page of the rEFIt documentation correctly, you should be able to take a 128x128 .icns image, name it "boot.icns", and plop it in /System/Library/CoreServices on the partition whose icon you wish to change.

(rEFIt automatically searches for .icns images named the same way as the EFI loader file. On OSX, that file is /System/Library/CoreServices/boot.efi)

I, too, am dual booting 2 OS X's (Mountain Lion and Yosemite). This is because Yosemite is too heavy, so it's there only as a safety net!

But in the other hand if you are booting Yosemite and El Capitan (without an older OS X version as 3rd boot) then you'll have to go to the rEFInd page and read how to install rEFInd in these OSs.

This is how it's done:

Explanation: In the scanfor line you'll have to remove the "internal" option so rEFInd will not scan for the partition (as they are defined with menuentry) or you will have 4 boot options, the two from the scan itself, and two from the hardcoded menuentry sections. Also still in scanfor you have to put the manual option so rEFInd will read the menuentry sections. And the menu entry can be explained with this example:

Leave the "loader" option as it is. Because that is the default path for OX S' boot.efi (on all recent versions).

And finally the graphics on is to hide the rEFInd command like black screen when booting, so you get a nice graphical transition between the boot menu and the screen with the apple (Apple's boot screen).

I thinks this should cover. The end result should be (the rEFInd.zip at the top has this theme already) something like the following 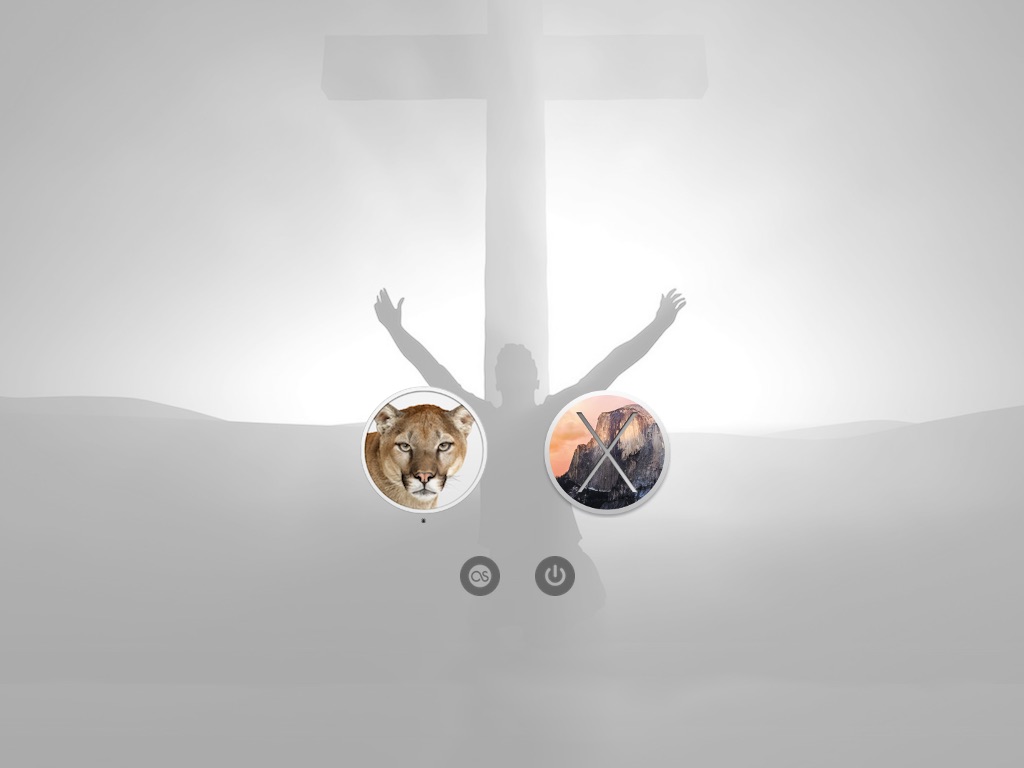 If things go horribly wrong and for some reason you cannot boot, try either Alt to choose a bootable partition (ie. Recovery)

Just a final note, App Store uses Spotlight indexes to identify apps, so before you launch App Store to update apps that are present on both OS Xs, be sure to unmount the Volume with the OS X that is not running so the AppS tore app can find the right one to update.

Not the answer you're looking for? Browse other questions tagged macos partition refind .

2
Mac App Store and multiple OS partitions
1
Setting up rEFIt-based tripple boot system on a Mac with a pre-existing Boot Camp installation
0
How to add additional partitions to Windows under bootcamp
2
how to expand bootcamp boot partition to previously existed NTFS data partition
0
How to create several partitions on an external hard, recognizable by both windows and mac?
0
Upgrade to Yosemite then triple-boot problem
8
Cannot delete or merge old boot camp partition in El Capitan
1
Possible to use the same ssd for a Windows and a Mac laptop via different partitions?
2
How many APPLE_APFS partitions is a disk allowed to have?
1
External HDD with encrypted mac partitions is no longer recognized