How do you get system diagnostic files from macOS?

I am trying to debug a crashed (or hanging) app. How do I get the diagnostic files from the crash?

Individual crash reports are stored in /Library/Logs/CrashReporter but there is a system wide log collection tool called sysdiagnose.

Once you start experiencing the issue, hold down the 4 modifier keys and then press the period "." key. shift+control+option+command+.

You should see the screen flash white. After about 15 seconds, a Finder window will open with a sysdiagnose file highlighted. 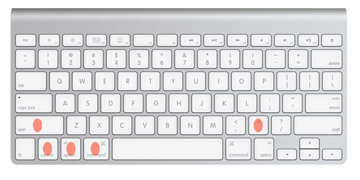 This keyboard shortcut simply executes the sysdiagnose command, so if you are familiar with Terminal and want to pass in a process ID, you can get enhanced debugging information about that specific program. The key shortcut calls the tool with no arguments and captures the basic report only.

This shell script(on 10.8 and lower) and executable program by the same name on 10.9:

Preparing for the keyboard-only approach to sysdiagnose

In Terminal, run the following command.

When an issue occurs:

In rare cases, an issue may prevent sysdiagnose from completing (I have made improvement suggestions to Apple). If this happens – if you're sure that you have waited long enough – it may be sensible to restart the Mac. Then:

Without the key chord, you can run sysdiagnose from the command line (see below, Apple manual page). But it's often more useful, or necessary, to use the chord – so be prepared.

Some files are human-readable and may help to troubleshoot an issue.

Other files are more developer-oriented.

Technical and other notes

Some of what's above is a more generic edition of an accepted answer that appears elsewhere.

Diagnostic and usage information, other files of interest 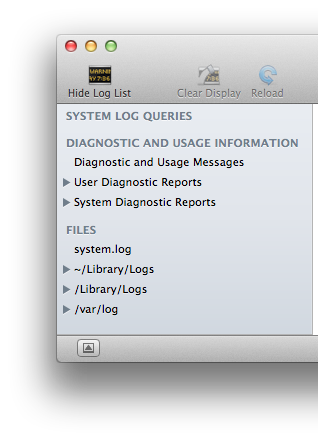 Expect to find files at the following paths:

As per official sysdiagnose instructions for macOS, you can trigger a sysdiagnose either by:

Note: To access above link, you need to log-in to Developer Apple site first.

Not the answer you're looking for? Browse other questions tagged macos error .

1
How can I force a crash report in OSX?
149
How to investigate high kernel task memory usage?
76
Where can I find my crash logs?
45
How do I debug an out-of-control "kernel_task" process?
53
How do I clear the purgeable area on my disk?
53
what is com.apple.coresymbolicationd in caches?
19
How does 'stuck' (in results of 'top') relate to 'not responding' (in Activity Monitor), 'spin' or 'hang'?
15
WifiDiagnostics files filling up drive even with logging disabled
11
MacBook Pro with Mountain Lion freezes frequently (full screen Flash in Chrome, Messages, HTC on USB)
9
Where are crash logs after a system freeze?
See more linked questions

2
How do I triage errors from the AppStore? Where are the log files?
1
How can I get Launchbar to open the Wireless Diagnostic app?
18
How can I get back a system file after deleting it from my Mac?
1
Incomprehensible information in system diagnostic report
2
How can I read/write to several hard drives created on windows 7,8 from OS X
2
How to diagnose a crash from system logs?
4
How can I get full information from Console in macOS Sierra?
0
MacOS: Get Notification System Update
4
Safari keeps crashing after updating to Big Sur. Termination Reason: Namespace ASSERTIOND