For a FileVault user of Mountain Lion: can I avoid the automated login, which normally follows unlock of the encrypted startup volume?

I have FileVault enabled with two users:

In other words: can AdminGuy just unlock the drive, but then have a login screen popup so OtherGuy could choose to login instead?

Per @DeepanshuUtkarsh's link, this is the behavior I want to change:

If you want to make the Mac available to a user that does not have unlock capabilities, log in, then when you see your own desktop, choose "Log Out (user name)" from the Apple () menu. Also, you can unlock the disk, then choose the other user's name from the Fast User Switch (appears as the currently-logged in user's name) menubar item in the upper-right part of the screen.

Encrypt the startup volume with Core Storage without FileVault

Two days after I added this answer, Apple published a technical white paper: Best Practices for Deploying FileVault 2 – Deploying OS X Full Disk Encryption Technology (PDF). At a glance, some of what I describe below seems to be described by Apple as:

At step 4 above, use a method that preserves the Apple_Boot slice (sometimes named Boot OS X, sometimes named Recovery HD) whilst restoring the JHFS+ startup volume.

To validate this answer, I used Disk Utility for that step. (I'm less familiar with restoration capabilities of Time Machine.) 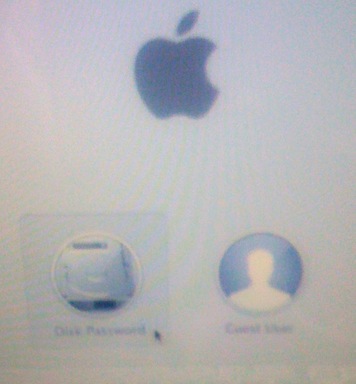 As Disk Password has an avatar/icon, it's clear that Apple considers scenarios such as this.

Users may change their login passwords. The phrase for Disk Password will remain unchanged.

You need not use the FileVault areas of System Preferences but if you do, most things work as expected.

The machine pictured above is perfectly clean, restored from a Mountain Lion template that I created following installation of the OS (at the Welcome screen I shut down, then used Disk Utility to image all partitions/slices of the disk). I proceeded to create a user, then enabled that user for FileVault: 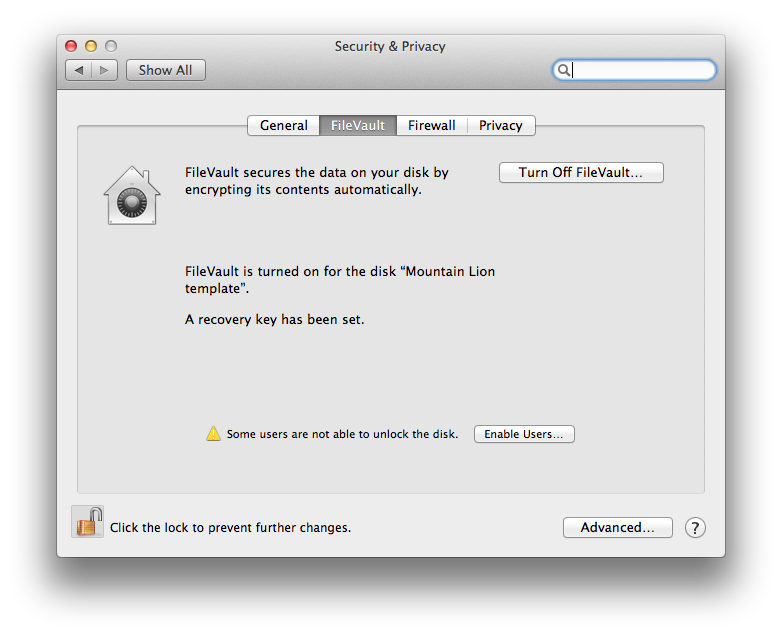 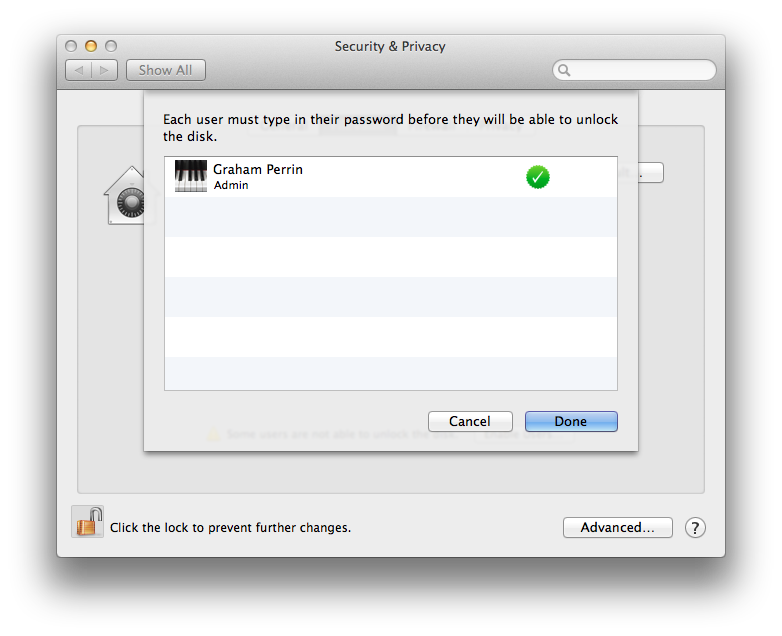 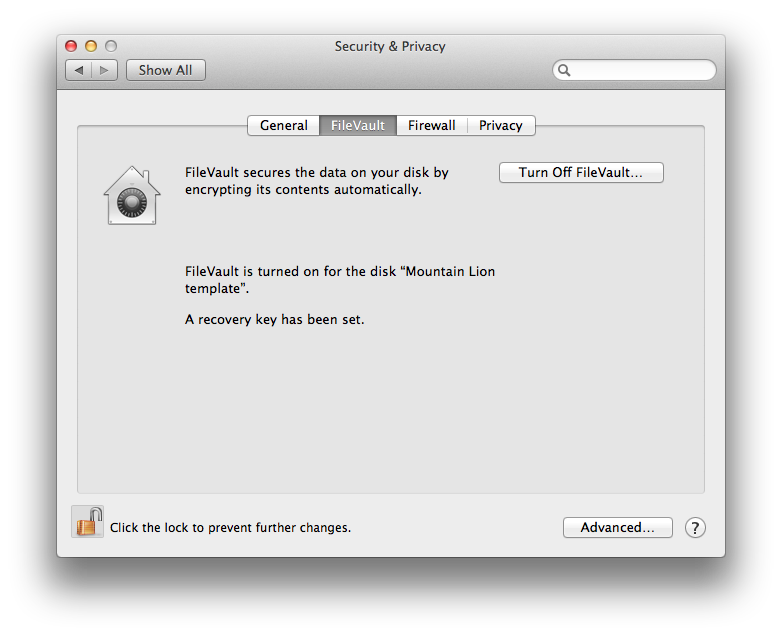 The resulting EfiLoginUI – one named user alongside the Disk Password option: 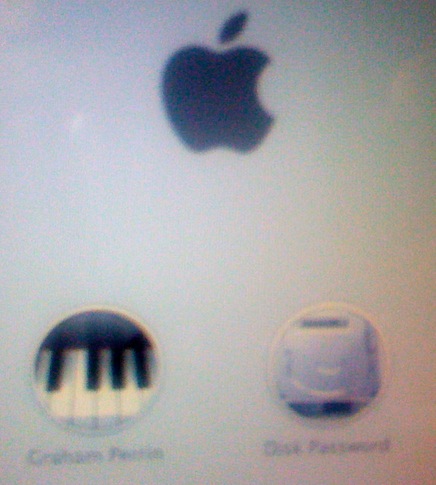 System Preferences in Build 12A269 of OS X 10.8 may state that FileVault is enabled, with a recovery key set, when the key is no longer applicable. (Assume that an erased volume, with a possibly different passphrase, will not accept a recovery key that was set before erasure. A more definite opinion may be drawn from Infiltrate the Vault: Security Analysis and Decryption of Lion Full Disk Encryption (2012).) I have reported bugs to Apple.

Photographs above are of the USB flash drive that I used to validate this answer.

Photographs below are of the internal drive that I use every day. 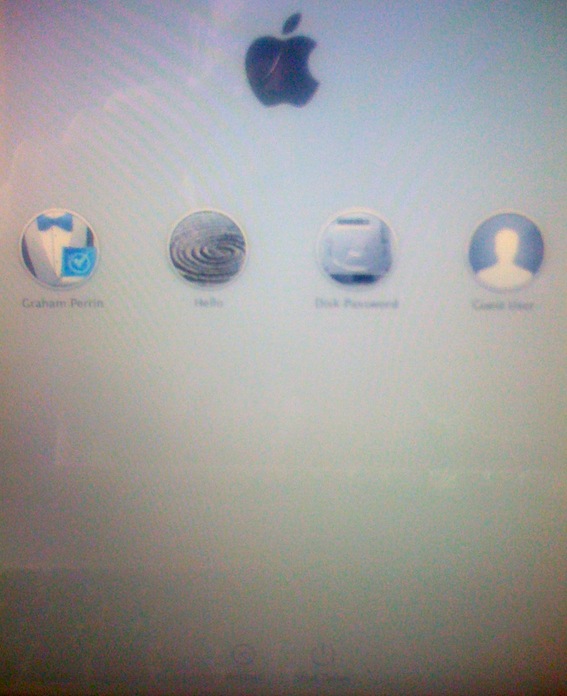 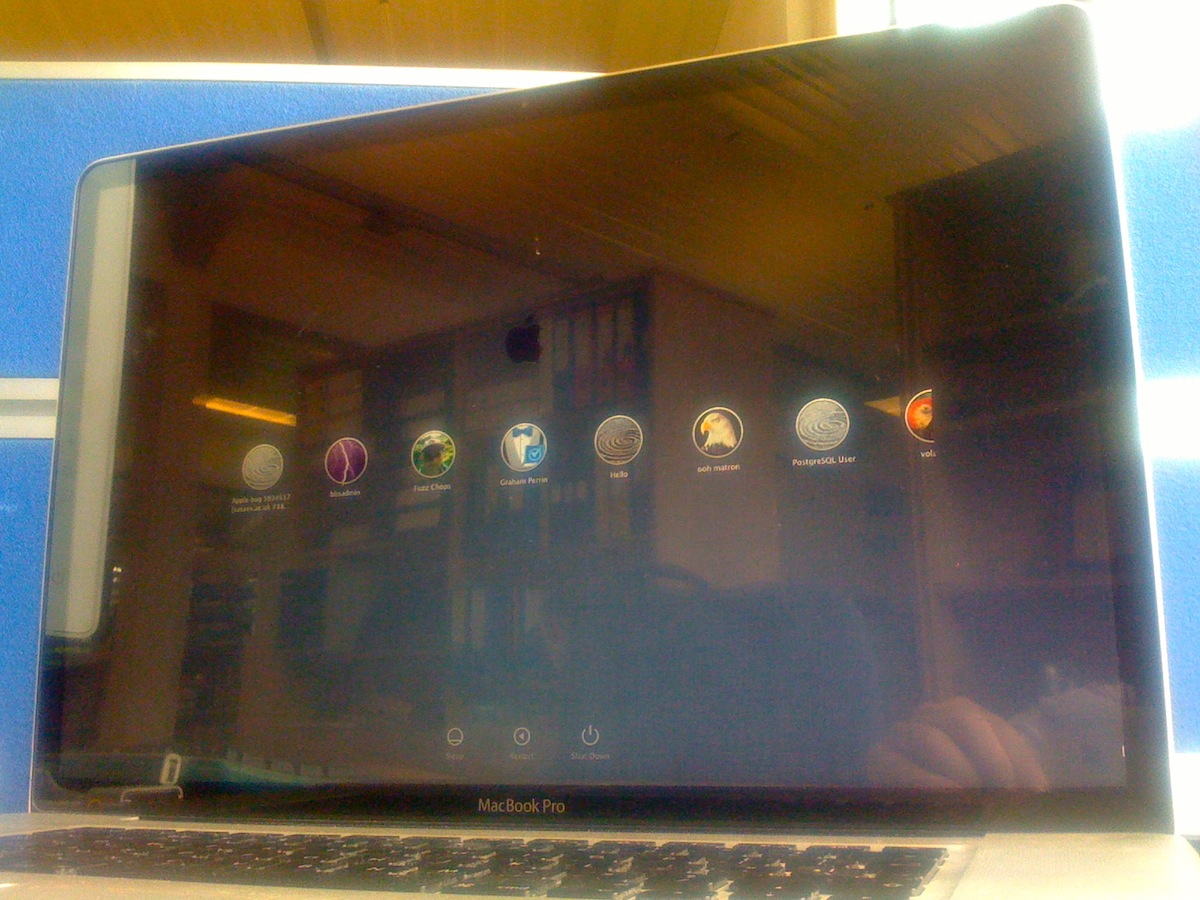 So you just have to enable FileVault normally and you will get your answers through the process.

17
Apart from being able to encypt an entire volume, what are the other differences of FileVault 2 over FileVault?

29
Disable a user's ability to unlock a FileVault 2 volume at startup/login time
4
FileVault unlock startup screen
1
How to fix a user account screwed up by El Capitan?
0
FileVault: How come a new user can log in without disk password?
0
FileVault - One account can unlock but preventing full login and forcing logout and login again with other user
1
How to change a MacBook's "main" login/user?
0
Replace low-res startup login picture by high-res