Java won't work in Chrome/Safari/Firefox, but does in Terminal

I've updated to Oracle's 1.7 64-bit beta, and this is what my Java Preferences window looks like (you will note that the webapp checkbox is checked and I've restarted my machine since checking it): 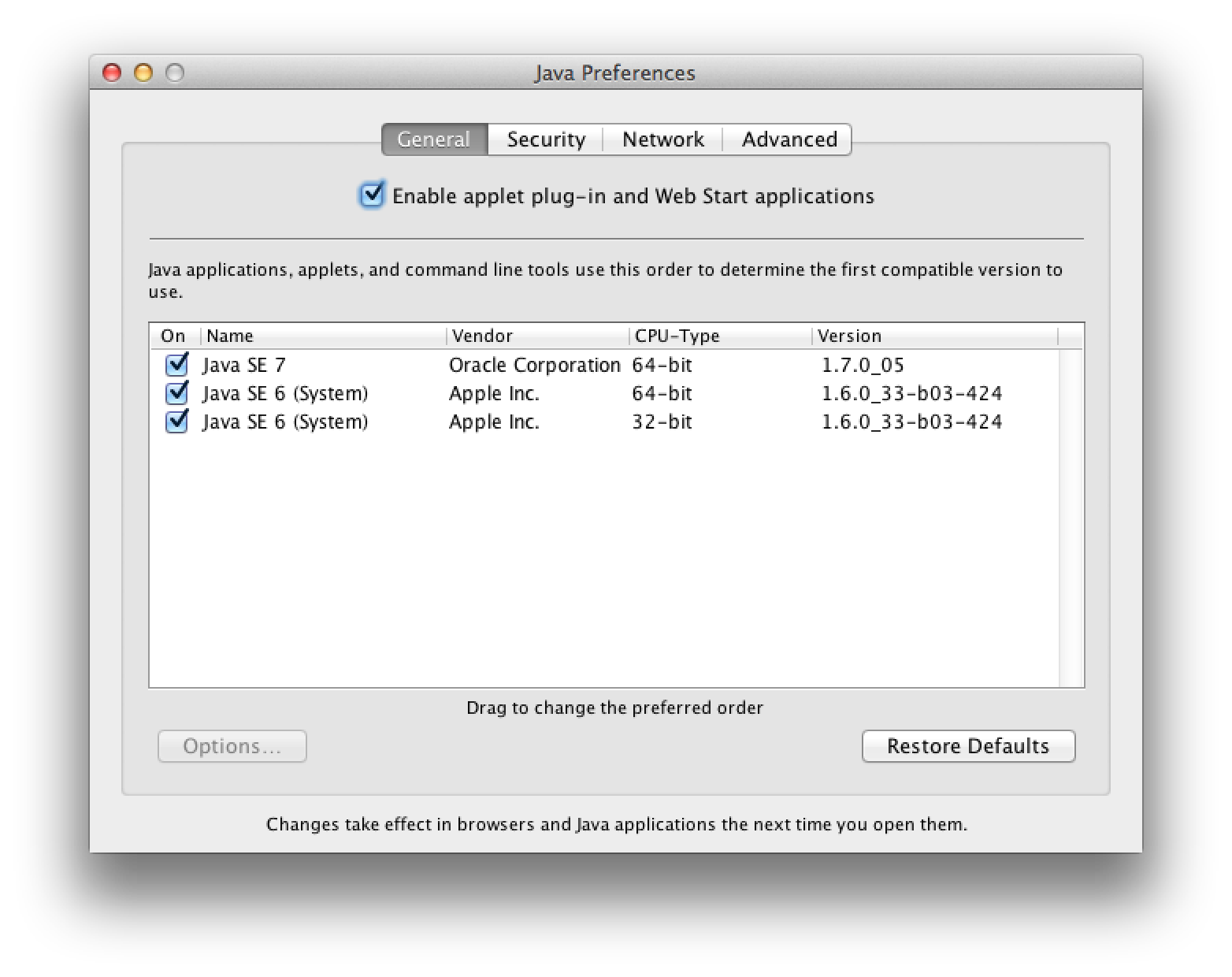 This test page in Safari returns a blank, Chrome asks for Java plugin, and Firefox says "Java is broken":

Any idea what the problem is? This is endlessly frustrating given how mindlessly simple it is to install Java in both Windows and most Linux builds.

Have tried reverting to SE 6 by uninstalling SE 7. Here's the infuriating reality I am dealing with: 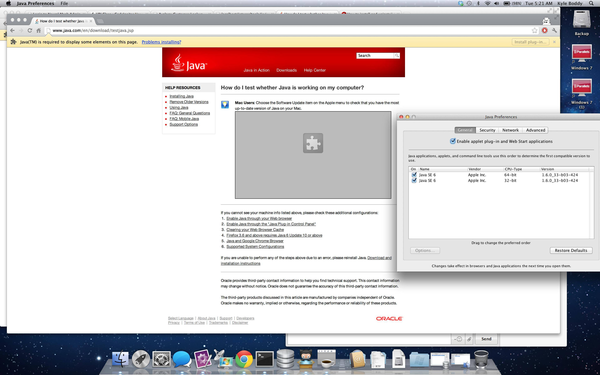 My solution was to purchase and install Mountain Lion. It works now. Really wish I knew what the actual problem was though...

For chrome: have you tried enabling javascript? it's in the contents setting bit of the preferences. In Safari, in the Preferences -> Security settings, there is a 'enable Java', 'enable JavaScript'. In Firefox Javascript is in Preferences -> Contents.

If JavaScript and Java are enabled then the problem is going to be a different one, but it pays to check.

Not the answer you're looking for? Browse other questions tagged macos google-chrome java firefox web-browser .

2
Why can I browse with Firefox but not with Safari or Chrome?
1
Java Applets refuse to work in Safari or Firefox
0
Problems installing Java 7 update 17
1
How can I eliminate this repeated Java Runtime Environment (JRE) pop-up window?
2
Close [X] kills Chrome/Firefox/Safari Tabs
0
Java 6 runtime environment & old Filemaker pro