I recently bought a Logitech H800 headset, and I'm having an interesting issue using it as an audio device via bluetooth. First of all, it creates two audio output devices: 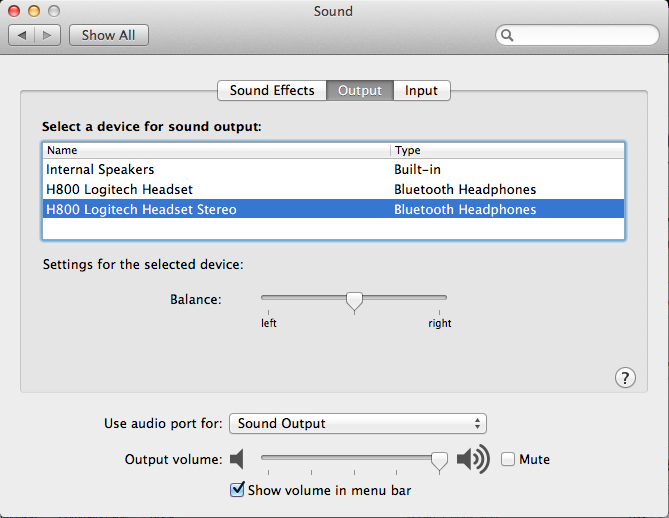 The first H800 device doesn't actually output anything, but the second one (with "Stereo") does. However, while using the second one, the system insists on using the laptop's built-in microphone: 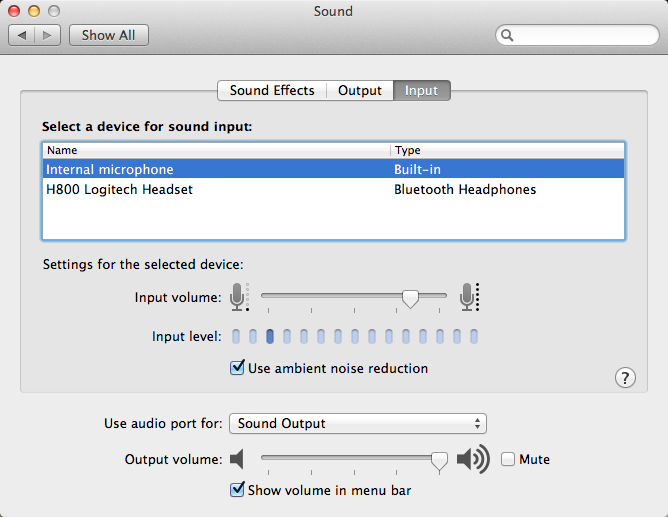 Is there something wrong with Logitech's device in this case, or is there something I can do in the scope of Apple that can help with this issue? I would think the bluetooth connectivity is pretty standard across the board, so I'm hoping for the latter. Essentially I currently can use either input or output, but not both. Is there a way to force the devices to not automatically change when I manually change the other devices?

For reference, the headset also has a USB receiver for RF connectivity. That works correctly. It's just the bluetooth connectivity that has this issue.

The Bluetooth standard has two profiles for audio with computers, A2DP (Advanced Audio Distribution Profile) and HSP (Headset Profile). Your headphones show up as two devices because of this. HSP is monaural, but includes microphone input. A2DP is stereo, but doesn’t have microphone input. Ideally, on phones, when you’re listening to music and a call comes in, the headphones immediately stop playback and switch to HSP. When you hang up, the ‘phones switch to A2DP and continue music playback. You unfortunately can’t use both profiles at the same time, at least not without modifying the drivers.

Not the answer you're looking for? Browse other questions tagged audio bluetooth .