How can I force specific HiDPI modes?

I have successfully enabled HiDPI mode, using Quartz Debug the problem is that the screen won't run at the HiDPI equivalent of the screen's native resolution. i.e 1440x720 HiDPI (2560x1440). The screen's maximum resolution of 2560x1440 is recognised & working. 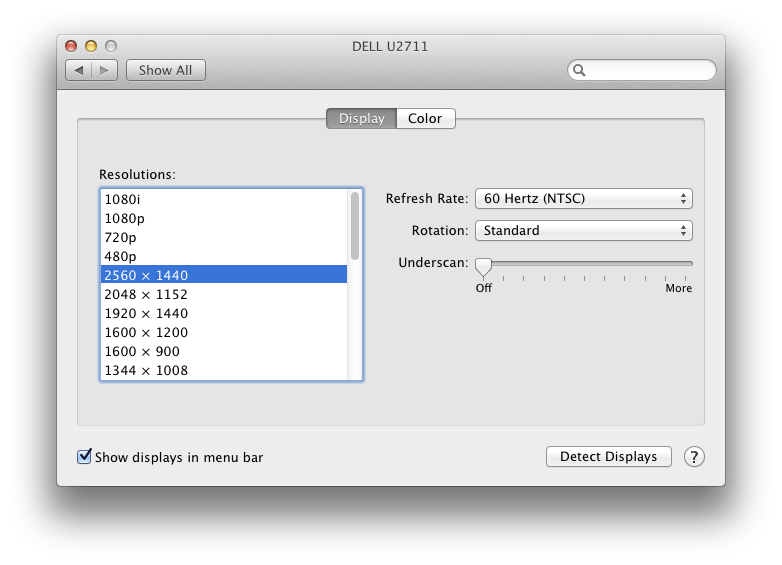 The best it will do is 960x720HiDPI (1920x1440), which seems strange as most of the documentation suggests HiDPI will only work at pixel doubling resolutions. 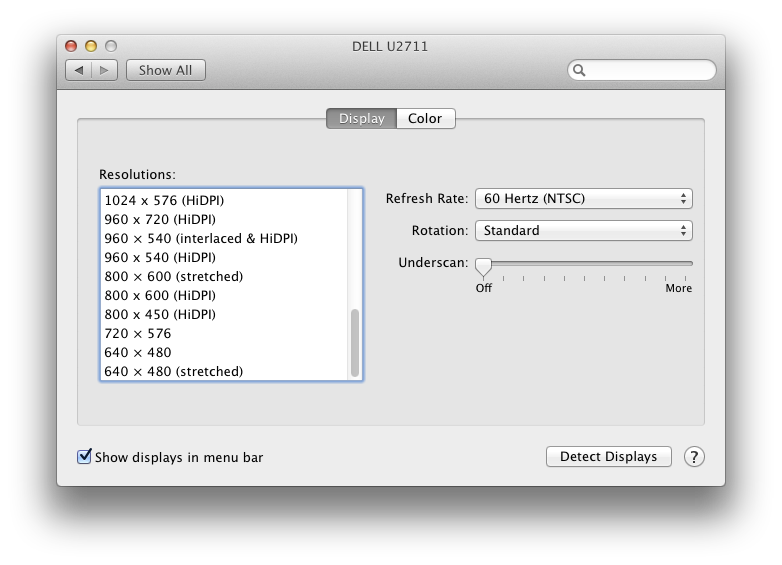 Is it possible to force the MBP to run the display at 1440x720 HiDPI on a screen that supports 2560x1440 native pixel resolution?

After a lot of messing about I managed to get this working in two ways.

I was going to embed screenshots of these new menus, but they are now insanely huge due to HiDPI mode, so I just linked to them instead.

Not the answer you're looking for? Browse other questions tagged lion macbook-pro displayport resolution .

14
How to increase the size of the OS X user interface without lowering the resolution?

4
Mac Mini (summer 2011) and Dell U2711 - How to get the maximum resolution 2560x1440?
5
Enable All HiDPI Modes
15
Mavericks not able to use external display at full resolution
8
How can I change DPI on OS X?
9
Scaling external display text & UI components
3
HiDPI on external monitor (Dell u2515h) with Macbook Pro
0
Dell monitor does not run on native resolution of 1600x900 pixel when connected to early macbook pro retina 2015 via thunderbolt