I am using iTunes on a Windows 7 system. Is there an easy way to bath rename the tracks?

I have an audio book I am importing and it is fine but I want to make sure the tracks stay in order and the names provided by iTunes are inconsistent. I want to name them like

I have seen ways to do this on a mac but how on a Windows System?

When using a managed library, naming files is pretty much irrelevant. Instead of renaming files, you should be able to correct this consistent metadata.

As long as the files are named with the same Album, and the track/disc numbers are laid out accordingly, the files will be played in order. 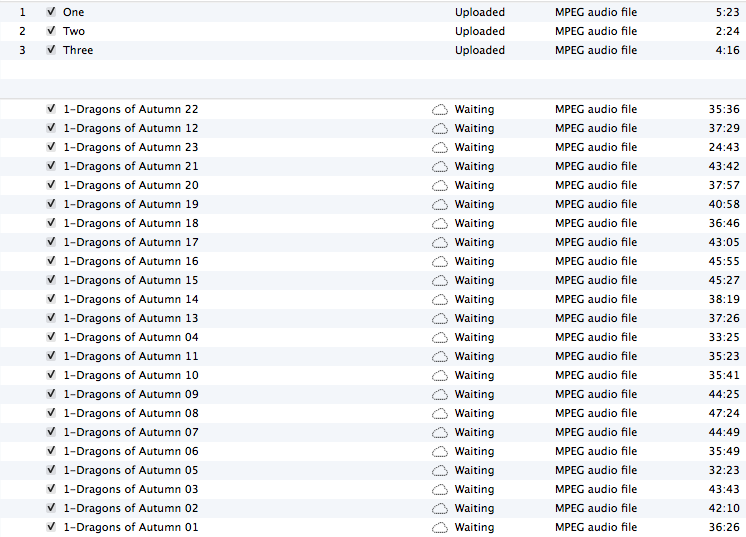 As you can see, I have one album in perfect track order, and a recently added Audiobook in total disarray.

Screw renaming files! iTunes does that for you anyway. Mass-edit all the consistent tags first. 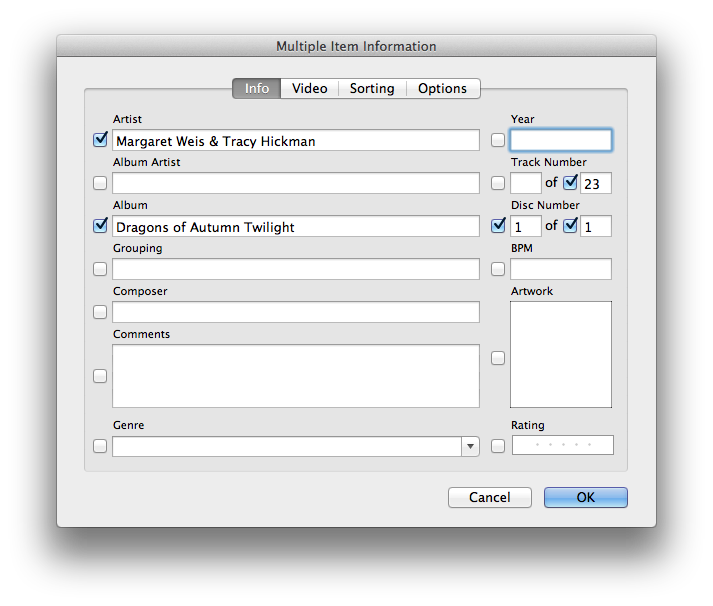 Grouping them by total number of tracks, disc, album, and artist, will organize them all into their own section initially. After doing so it's a simple matter of clicking on a single track, entering it's specific track number, and clicking next.

The coolest part of this process it that iTunes will maintain focus in the metadata field you select, so once you have everything else out of the way, simply leave the mouse cursor on the 'Next' button, type a track number which you should be able to get from the track name, then tap on the mouse button without moving it.

To my knowledge there is no way to do it in iTunes itself, but I use a great program called MP3tag for renaming batch audio files.

Not the answer you're looking for? Browse other questions tagged itunes windows .

3
Why are some iTunes Store songs marked as CLEAN when no EXPLICIT version exists?
2
Restoring track information for iTunes Match files
4
How can I get my albums to sort by track numbers in iTunes 11's expanded view?
0
How to easily rename voice memos in iTunes
0
iTunes/Applescript: get all tracks from (incomplete) album
0
iCloud Music Library and multi-CD audiobooks: Duplicate error
1
How to prevent iTunes/QuickTime Player playing both the main (5.1 AC-3) and backup (2.0 AAC) audio tracks at the same time?
1
Tracks are listed in the wrong order when iTunes is importing CDs
0
Batch edit ID3 music tags using custom algorithm