The Other World Computing Blog shows that the new MacBook Pro 15" with Retina Display Can Run 3 External Displays: 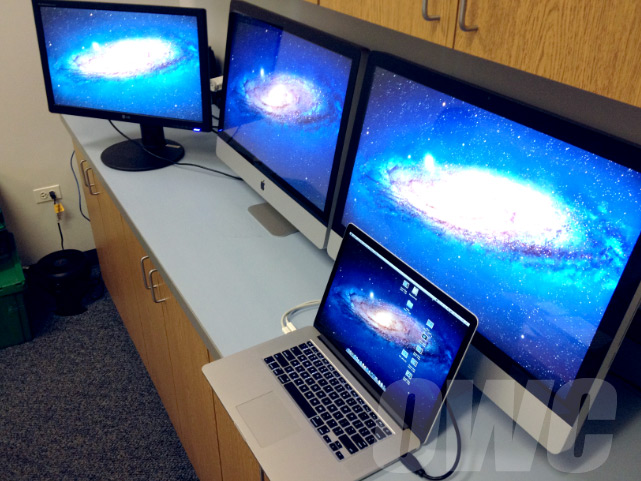 These resolutions were used:

Quote from the MacRumors news article on that:

This makes the Retina MacBook Pro the first Mac -- other than a tower-based workstation like the Mac Pro -- to natively power four displays simultaneously.

No, the Macbook Pro Retina can support:

Dual display and video mirroring: Simultaneously supports full native resolution on the built-in display and up to 2560 by 1600 pixels on up to two external displays, at millions of colors

update: It has been dully noted that using the included HDMI connector one can run a third display using a max resolution of 1920 x 1200. It is important, however, to note that one cannot daisy chain more than two thunderbolt displays (at least according to Apple so far).

It would appear that when using 60Hz 4K and display port MST on my late 2013 MBP, the "MST" feature actually consumes both displayport connectors into a single cable.

So when I enable MST, the second displayport connector goes dead. I have not tried the HDMI connector yet.