I have a mid-2007 MacBook that, according to the Apple Store, has suffered some liquid damage and requires a new logic board to operate correctly, a ~$750 repair I've been told (would normally be around ~$300 were it not for the "liquid damage"). The unit itself works fine - the only problem I've been having is that the system does not recognize the battery and will not charge it. Curiously, the system can still be powered by the battery and even recognizes when the power cord is detached by diming the backlight, but I digress.

Now that this laptop will likely become a desktop, I'm wondering if it might be possible to attach a desktop drive. I recently purchased a 2TB SATA drive and I'm wondering if it's possible to somehow attach it where the current internal drive connects. Obviously the drive itself will not fit inside the device, but as the unit will spend the rest of its days on my desk, that's not really much of an issue.

My main questions are:

The disk I'm referring to is the Hitachi Deskstar HD32000. Though I couldn't find that exact model on Hitachi's support site, these are the power requirements for a similar drive, the 7K2000 (2TB, 7200RPM, SATA II):

From what I've read, 2.5" drives require 5V, meaning that my MacBook obviously is capable of producing it. The specs seem to suggest that this drive seems capable of accepting it instead of the typical 12V - is this an accurate interpretation of the power requirements? Or does it need both 12V and 5V?

Just an update - I've successfully connected my 2TB HD to my MacBook's internal SATA data connector. If anyone's interested in doing this themselves, you'll need: 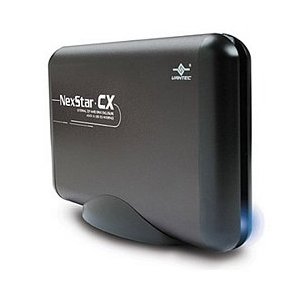 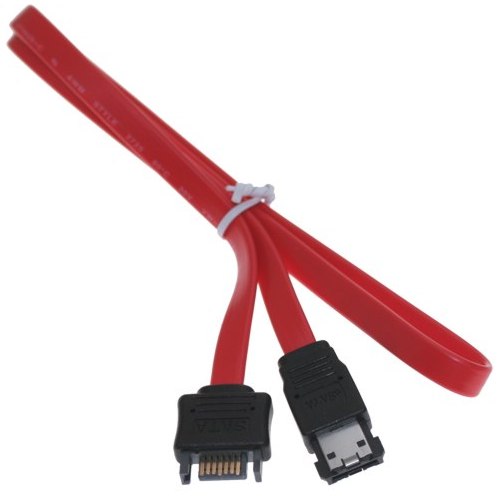 1) Yes
2) You have a couple options. You can use an external device such as this that will connect through USB, or you could connect the external SATA drive to the onboard SATA port. You would probably still need an external power source, but I can't find any links to back up that statement. (#3)

I've never done this but one thread I found has some ups and downs with some anecdotal evidence of frying a drive this way. I suppose looking into an external power supply would be best.

FireWire 800 would be faster than USB, so I'd look into getting a FW800 enclosure. If it's a Pro model, you could use an expresscard esata adapter (I think the mid-2007's had those).

Look at OWC's mercury elite external cases. They're expensive, but blazingly fast.. and they look cool. :)

Okay, I've done a bit of looking on this one, because it got me interested.

It seems the connector for the sata HD is not really a cable but more of a port that the HD slides into(1). This makes me think your idea of a female to male adapter is a good one. However, I'd still grab an eSATA case, and get something like an eSATA to SATA Type (“I”) to Type (“L”) Shielded External Data Cable with a female->male sata cable for between that and the one inside the lappy. I wouldn't use the laptop's sata power lead to run a full size drive, and this would mean one instead of two cables coming out of the lappy. Make sure to tape it down well so an accidental yank won't pull it out.

Check that ifixit guide, they have really useful information if you didn't know about them.

Not the answer you're looking for? Browse other questions tagged hard-drive macbook-pro sata .

1
Set up 2 FW800 JBOD units as a RAID 1(mirror)
1
Why is my MBP not detecting my HDD/Optical Drive?
0
What adapters are available for a connecting a secondary SSD to the Superdrive's SATA cable?
7
What is the connector used by the MBA's SATA drive?
1
2007 macbook pro won't boot. What's the easiest way to diagnose the problem?
0
Dual hard drive setup in early 2011 MacBook Pro 17" (replacing optical drive with HDD)
2
MacBook Pro 13" Mid 2010 is not seeing internal SATA HDD
0
SATA cable problem?
2
SATA3 in a 2007 MacBook Pro?
1
MacBook Pro doesn't detect boot drive if turned off for ~5-10 minutes