Ask Question
Asked 9 years, 11 months ago
Modified 9 years, 4 months ago
Viewed 11k times
1
It's difficult to tell what is being asked here. This question is ambiguous, vague, incomplete, overly broad, or rhetorical and cannot be reasonably answered in its current form. For help clarifying this question so that it can be reopened, visit the help center.
Closed 9 years ago.

[Disclaimer: I'm not an avid OS X user so I don't probably use the exact terminology or language]

I had a Mac Pro with Snow Leopard at work and I usually don't turn it off when going home. The next day, I always found my applications in the exact state where I had left them. Now, I have a new Mac Pro with Lion and every time I come back to work in the morning the system is locked down (i.e. I have to put my password), which is fine, and all applications are closed. They do however re-start and try to recover the state as I left them the day before. Alas, some applications crash (e.g. Mendeley, Quicksilver, Word), others don't succeed but let you recover the previous state (Chrome, Firefox), others simply dissappear (Emacs, scripts running). The thing that worries me the most is that when I leave work, I usually leave some simulations running that can take more than 12h to finish. I have lost work when I come back in the morning.

Question: what is going on here and how can I disable this "sleep/hibernate/???" behaviour.

I have already tried to change System Settings - Energy Saver - Computer and Display sleep to Never.

Update It turns out that this had nothing to do with resume. My mac is randomly shutting down sometimes and it happens almost every night. Now it has happened to me while working a couple of times and now I realize why I had a login screen every morning: it was just that the machine was turned off and back on. This is why some apps crashed (they were shut down incorrectly) and some others dissappeared (Emacs, scripts and simulation do not restart when logging back in).

I suspect that Snow Leopard was hibernating while Lion is attempting to use it's Resume functionality, which has serious bugs. In particular, there are various applications like Preview that reliably break on Resume.

I'd imagine these Mac OS X centric applications you've listed all crash because they tell Lion they do resume, but their/Lion's resume simply doesn't work correctly. I forget if Snow Leopard offered Resume at all, but it treated resume far more conservatively if so.

You should therefore experiment with disabling resume. You could easily disable it system wide by unchecking Restore windows when opening and quitting apps in System Preference's General pane. Lion should then be forced into doing a full hibernate like Snow Leopard. 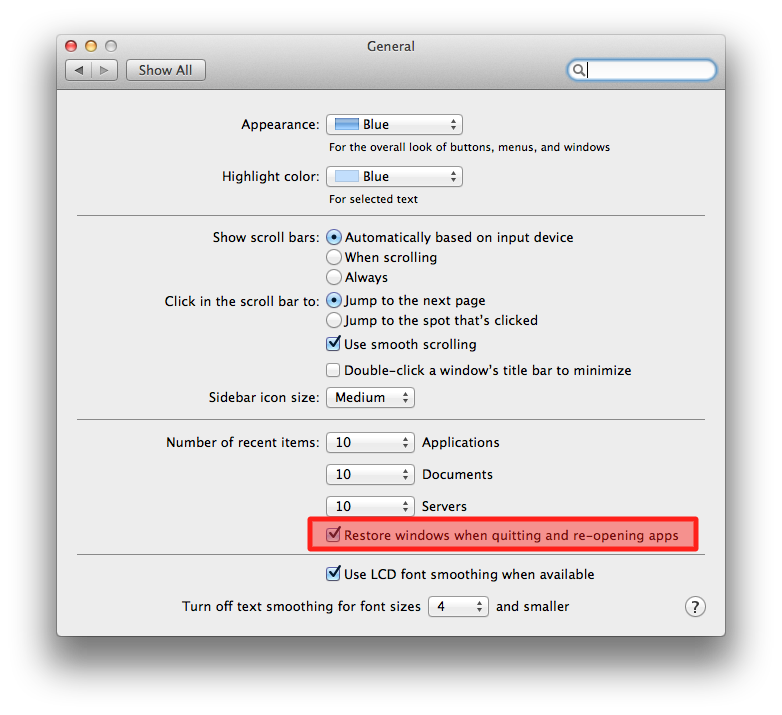 If this works, you could experiment with disabling resume for individual applications. You could prevent specific applications like Terminal, Preview, or you your simulation application from permitting resume using :

There is some chance that Lion simply cannot write the resume files wherever they belong. You should therefore also repair permissions, make sure your drive has the 20% free that Lion requests, and plug in your time machine backup drive. I've never encountered any problem fixed by repair permissions, but maybe this once. There is a local time machine backup that Lion provides via that 20% free requirement. If this were full, maybe the resume files could not be written.

As an aside, there is a separate resume function built into Safari, Chrome, and a few others that doesn't require Lion's resume functionality. You'll should find their built in resume feature vastly more stable than Lion's efforts anyways.

I think this is the feature of logging out after inactivity that can be set in System Preferences. This is in the General tab of the Security pane with the option of "Log out after ... minutes of inactivity".

An Apple page describing this feature is available here.

Additionally, this issue is described in another Stack Exchange question that I saw recently.

I'm only on my iPad so can't check this out at the moment but seems like it might be responsible. 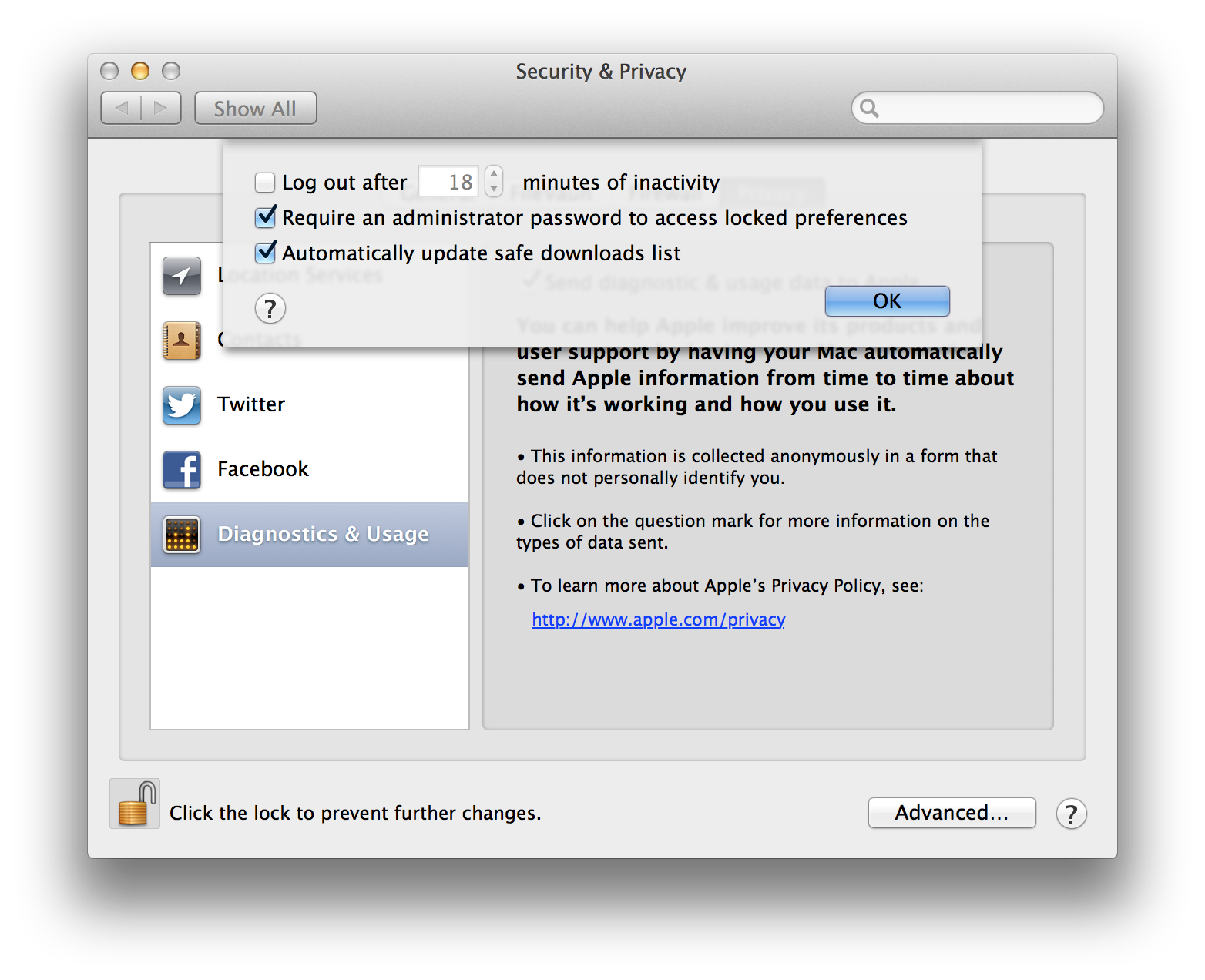 Not the answer you're looking for? Browse other questions tagged macos sleep-wake mac-pro .

5
MacBook Pro 2011 logging itself out after a period of inactivity
8
How to disable Preview from opening up the last couple items viewed? osx lion
4
Lion's Preview regularly hangs when unhiding with open documents

4
Problem with applications not resuming where left off after low-battery sleep/hibernate on Lion
1
Keyboard and Mouse freeze after deep sleep (Mountain Lion)
1
Kernel Panic on Hibernate / after unplugging Devices
32
OS X 10.9.4 closes application when sleeping
1
Yosemite Sleep Wake Failure
3
Window moved after wake up from sleep
2
MacBook: Should I close all applications before going to sleep?
7
Is it necessary to shutdown and unplug the power cord of Mac Mini every night?