Why does my MacBook Air's screen look odd for about 20-30 seconds after the battery burned out and I turn it back on?

I don't know if this is normal, but about 10 minutes ago my MacBook Air shut down. I plugged it in and pressed the power button and my screen looked odd for about 20-30 seconds. I decided to take a picture of it because it does this every time my battery dies and I plug it in, so here it is: 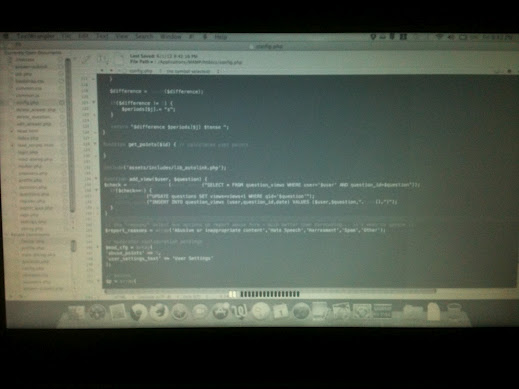 See how it looks? I don't know why it's doing this. Does anyone know what this is?

Here's a picture of how the screen normally looks: 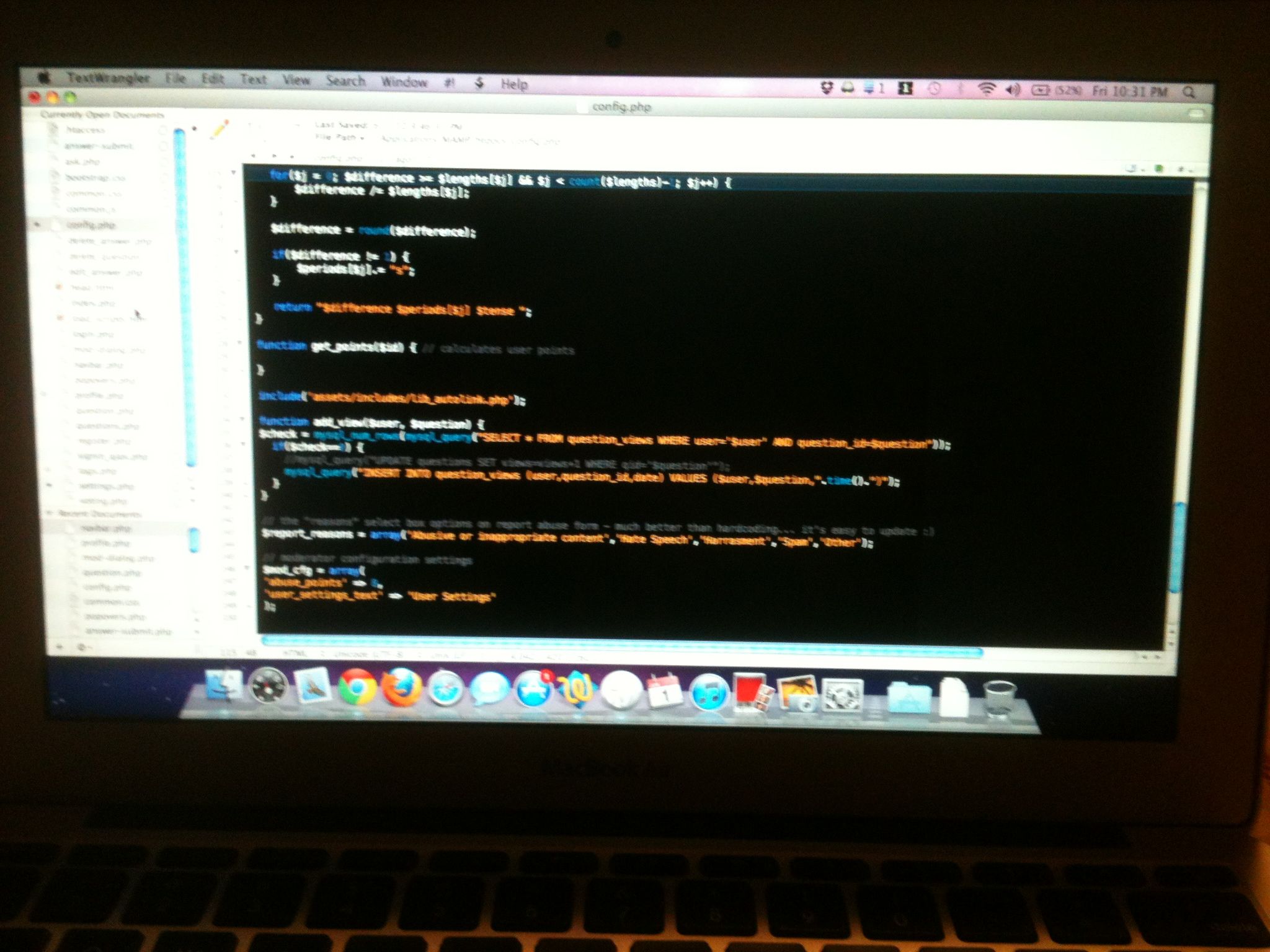 Normally when you put the Mac book to sleep, it powers down the CPU but leaves power supplied to the memory and other internals so that when you wake it up it can start right away. When you run out of battery power, though, it has to write all of the memory to disk because it doesn't have enough power left to keep the data in memory. This is called "hibernating" or safe sleep.

When you wake up from hibernation, it takes some time (typically 20-30 seconds) to restore the data from disk to memory. I think that's what's going on in your case. Is the computer responsive when the screen looks odd like this? If not, then that's almost certainly what's going on.

This is the loading screen of you're MacBook recovering from safe sleep, after u carelessly allowed it to fall to 0% battery.

Safe sleep is a feature which is similar to hibernate in windows, it stores the RAM's contents to a file on your hard disk (called the sleep image) and allows you to restore it in the case that power is cut and RAM loses its contents.

Notice the progress bar near your dock? That indicates the progress of copying that sleep image back into RAM

Not the answer you're looking for? Browse other questions tagged snow-leopard macbook-pro .

7
Does the MacBook Air draw power from the battery or wall socket when the battery is at 100% and plugged in?
1
Why does USB audio out mute after about 1 minute?
2
MacBook Pro Boots only with a pressed key
4
MacBook Air won't power on, except I remove the battery and plug it back in (SMC reset?) - sleep works
2
Late 2013 Macbook Pro turns off at random times
4
Why is my MacBook Pro showing the low battery screen while at 100%?
0
Mac Air (2015) keeps shutting off immediately after being unplugged from charger
4
How do I fix "Battery is not charging" for 2012 macbook pro retina?